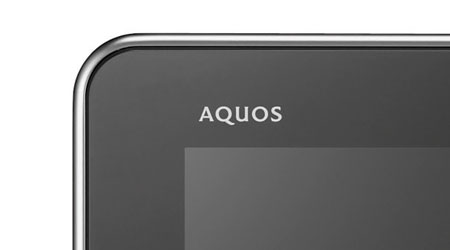 Since humans have red, green and blue colour receptors in their eyes, it seems logical that a TV should only need an RGB pixel configuration to produce top-notch colour. But Sharp is banking on the human eye being a more complex thing, and has added a yellow pixel into its LCD grid in order to improve both colour and brightness. Pleasingly, it works!

The Quattron isn’t a 3D TV, but apart from that it offers the full suite of features we demand at this price-point. Four HDMI inputs is handy for folks who don’t rock an AV receiver, and the onboard sound isn’t as anaemic as some TVs thanks to the inclusion of a 15 watt woofer alongside two 10 watt tweeters.

The main draw card here though is Sharp’s proprietary Quattron panel. The yellow pixel (well, actually there’s thousands of yellow pixels, with each of the 1920 x 1080 points on the display having red, green, blue and yellow elements) gives an extra level of subtlety, especially to natural objects, and actually makes the screen brighter – because yellow blocks less light from the TV’s LEDs.

Speaking of light, this is an edge-lit display, which means the LED backlights are pointing in toward the centre of the display rather than pointing from the back out toward the screen. Some purists prefer backlit LED because even though those TVs are bulkier, the lighting is more even.

Sharp must be using some very good diffusers to spread the light across the whole display because lighting is very even across the screen. Turn the TV on but give it no input so it shows a black screen, turn off the lights, and you’ll be looking at a very dark grey, very even display.

Big LCD TVs are becoming pretty cheap, and nowadays when you spend $2500 on a 46 inch (117cm) model you expect something special. Fortunately, Sharp delivers something a bit special in Quattron. That little yellow pixel really does seem to make a big difference, especially to brightness.

This is a dazzling screen. In a dark room, you’ll want to turn it down. What’s more, you’ll want to feed this display something a bit better quality than the heavily compressed images that pass for free-to-air TV in Australia.

Blu-ray is really something else on the Quattron, with movies gaining a subtle something extra in depth. It’s warmer, less digital and clinical, and even a little bit hypnotic.

The only irritation is that this TV comes out of the box with all its image smoothing, 100Hz, film-mode etc features turned up to max. If you only watch sport, this will be a good thing. If you watch period dramas or classic movies, the image will look flat out wrong until you get into the ugly interface and start hitting stuff with a virtual spanner to make it stop.

If Quattron is a marketing gimmick and Sharp could have achieved the same results with more sophisticated (and expensive) image processing hardware in the back of the TV… well, call me a sucker. Colour is everything when it comes to high definition content, and the Quattron delivers. We think the little yellow dots are the real deal.