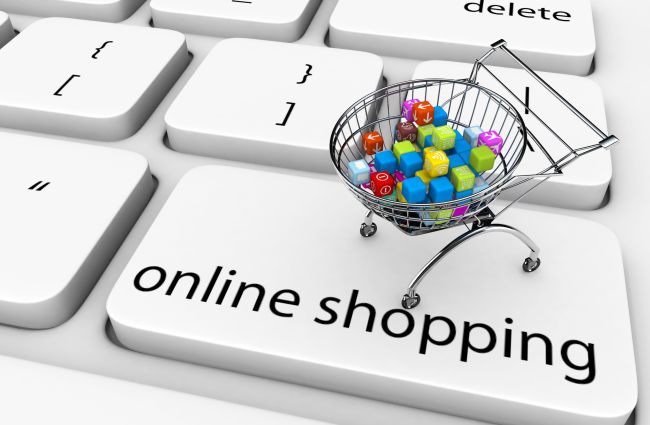 Shop Local has taken on a new meaning. It is now shop local in Australia, pay more and eschew online shopping or your favourite bricks and mortar stores will be gone.

Imagine going to your mall, and it is missing Myer, DJs, Target, Harvey Norman, JB Hi-Fi and the hoardings are up over almost every small business. Only Coles, Woolworths, Aldi, liquor retailers, dollar shops and nail and hair salons survived.

The scenario is playing out right now with online shopping severely eroding retailer’s turnover. Retailers are being forced into a perpetual state of summer, autumn, winter, spring, and whatever sales to encourage traffic. Discounting serves to prolong the inevitable. Traditional bricks and mortar retailers – shop local – are an endangered species.

But it is so much cheaper online

Even with the 10% GST applied to international online shopping from 1 July the price differences are still too great to ignore.

I recently bought 10 rechargeable 5,800mAh 18650 lithium-ion batteries and a charger via eBay for $20 delivered including post from China in seven days. The best local price was $235 for a lower mAh battery. Go figure. eBay is great.

Why are Aussie bricks and mortar – shop local – stores so much more expensive?

That institution (and we are not singling it out – it is as good an example as any) has costs. Those include premises rent, wages, local warehousing, distribution, marketing, statutory costs, and of course profit. But it does mean that whatever an item costs the company to buy, it probably sells between three and four times that at retail.

Even if you are a lean operation like JB Hi-Fi/Good Guys (warehouse style that relies on volume sales) or a small locally owned corner store its hard to sell for pretty much less than two-to-three times your buy price and stay afloat.

What is the answer?

Global Data Research has some interesting observations and answers.

Adopt the Kmart model where almost 100% of its items are house brands.

Kmart designs products to a price and quality. Overseas factories make the product. For example, it has a toaster that sells for $7.50. The real landed cost is under $2.

What this means is that the major brands and their inherent quality and advanced features suffer. A $7.50 toaster does as good a job as a $75 branded one. You can buy ten of the former if they don’t last as long. Kmart is thriving.

Now apply that to clothes, shoes, Manchester and more. We are becoming a nation of Reject Shoppers.

By-the-way sister shop Target which sells ‘brands’ can’t make it work and is closing 20% or more of its outlets. In the UK traditions like Macy’s are closing stores.

Interestingly Amazon has just been awarded Global Data’s Customer Satisfaction awards, including the most prestigious Best Retailer category, as shoppers vote for its great prices, service and convenience. It also picked up the Best Online Pureplay (no physical stores) and Best electrical retailer. It came in third as best Footwear retailer.

Its competition, bricks and mortar stores like IKEA, Lush, Aldi, and John Lewis all lost considerable ground. Global Data said, “Despite the maturity of the online retail market in the UK, Amazon’s sales growth has been accelerating in recent years. To be able to do this while improving its customer satisfaction is the mark of a truly formidable retailer.”

But John Lewis did win the best Multichannel retailer. Its investment in online along with its in-store service, app and focus on the fast-growing categories like smart home, has resonated with its customers.

A multichannel mix is necessary for survival

Global Data says to withstand the onslaught of online shopping and increase foot traffic into their stores, big hypermarket and supermarket chains (bricks and mortar) such as Sainsbury’s, Auchan, Walmart, Aldi and Morrisons are re-evaluating their channel sales strategies. They are implementing in-store technologies such as self-checkout counters, scan and pay mobile applications and unmanned stores (click and collect).

Maruti Patnaik, Analyst at GlobalData, said, “Specialist retailers and department stores are lining up their stores with innovations such as robot assists, augmented reality kiosks, in-store endless aisles using digital screens, and in-store digital ordering services. These technology innovations are significant investments and unless retailers find a cost-efficient way to implement these technologies in their stores, may do more harm than good. The question remains, whether in-store technology innovation is enough, or retailers have to rethink their strategy to remain profitable in the market?”

Multichannel may not entirely beat online only

Patnaik added, “Physical store retailers (large, medium or small) must expand operations across all channels to maximising sales. This includes mobile apps, online delivery services, developing and acquiring e-commerce sites, and partnering with online enterprises. Consequently, multi-channel retailing will be the key factor to remain profitable in the market.”

My family had a brick and mortar sports store from the mid-1800s to the late-1970s. That was well before the advent of the internet. It was a traditional family business where the owners worked ridiculously long hours to make ends meet.

Then along came the first national sporting superstores offering the same goods at a lower cost. Our store had loyal lifetime customers, but you can’t always live off loyalty. Eventually, it led to mergers and acquisitions, and a 100+-year-old company died.

Fast forward to the early-80s (again pre-internet) and I opened one of Queensland’s largest computer superstores. The sport store experience taught me to get big or get out. In the 90s we were one of the first online stores as well. Albeit under a different name to try and avoid eating our own lunch.

Techmart ate the lunch of many smaller local stores. As a result a cadre of these approached me with the request to become ‘franchises’. Survival to them was to pool buying power, share stock, marketing etc. It did not happen – merging with weaker stores only weakens the main store. But it clarified our view of the future of retailing, and it was not as a Harvey Norman franchise model.

By mid-2012 online sales outstripped in-store sales by two-to-one. As a result we decided to close the bricks and 30+-year-old bricks and mortar store. Today the majority of computer equipment and accessories are bought online.

My point is that our quest for the best price is killing ‘shop local’. It is a vicious circle. The strong Amazon et al. get the weaker our bricks and mortar shops get. Millennials may be happy to shop online. My wife still likes to window ‘shop local’.