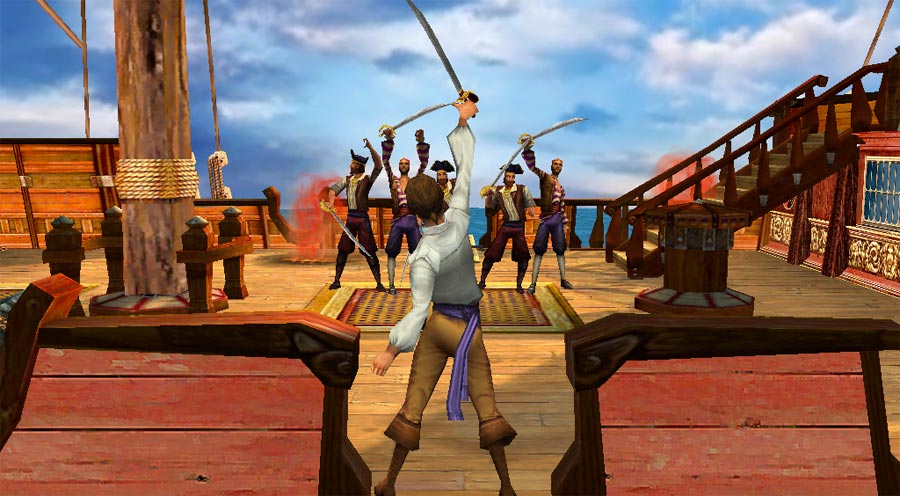 If you’ve always wanted to explore the seven seas and look for buried treasure without leaving the comfort of your own life, now you can: Sid Meier’s Pirates has arrived for the iPad, a game that lets experience life in the 1600s as a swashbuckling hero.

A remake of a title that appeared in 1987, it’s fitting that the iPad gets a version as the original first graced the Apple II, the first mainstream Apple computer. For this remake, 2K Games has turned to a version that came out in 2004 for Windows, converting it for the iPad and throwing in some changes that take advantage of the touchscreen.

The story of Pirates follows a family that has become the slaves of pirates. As one of the children, you manage to escape and 10 years later, join a ship heading for the Americas, vowing to find your family while following the “path of revenge”.

While you’re finding your family, you’ll also be participating in cannon fights against ships, sword fights, bombarding cities, looting, trading in goods, sailing the seas, and even enjoying a dance or two with the governor’s daughter in each port.

Pirates on the iPad uses touch for everything, your fingers used for navigating the ships by touching the screen, dancing by touching circles in time to baroque music (above), and sword-fighting by swiping your finger up and down at the screen.

These activities are quite fun, making it easy to lose track of time while playing. While the action can become repetitive, if you move to higher difficulty levels after dividing your plunder in towns, the game does get more challenging and less like a chore.

Graphically, Pirates isn’t the prettiest title on the App Store, but it still manages to provide a 3D look that doesn’t disappoint. We liked the inclusion of the iPad camera, allowing you to throw in a picture of yourself on the sails, customising your look with props to make yourself look like more of a pirate.

Overall, 2K has done a good with Pirates, porting one of the Sid Meier classics and reviving the franchise once more. At $7.49, Pirates is an easy recommendation, especially given how addictive it can be.