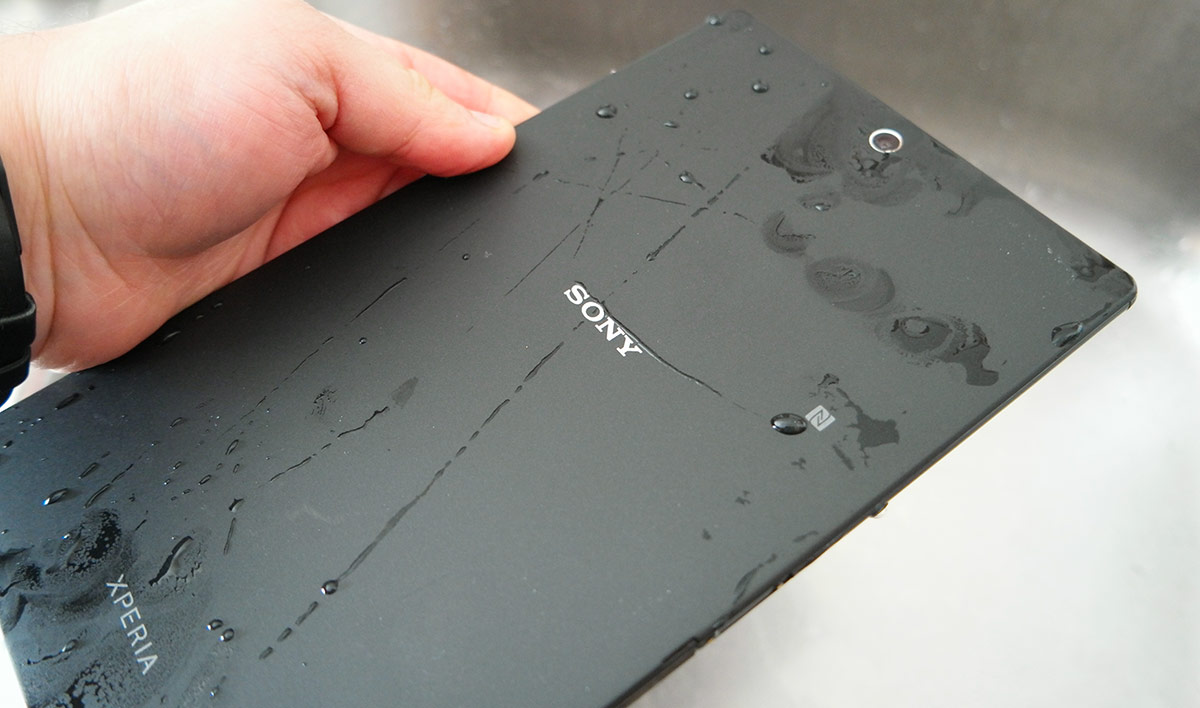 Sony may have exited the PC market, but its impact on mobile computers is still being felt.

In fact, Sony’s departure from laptops came at a curious time, because it was just when the company was really nailing it, and really getting the formula that the main company decided to sell off the division responsible for Vaio and concentrate on other areas.

That was a shame, but at least its understanding of the needs of mobility and portable devices wasn’t sold off with the company.

In the past year, we’ve seen some solid efforts from Sony’s mobile division, with some of the best phones not just out of the company producing them, but out of all of the models making their way out into the world.

Great screens, solid specs, excellent performance, fantastic build, useful battery life, and an overall understanding that the operating system should just perform without issue seems to be something Sony is pushing out into its devices.

Not just phones, either, as Sony’s take on tablets has really improved since the company started making its devices more simple.

Don’t get us wrong, we liked the idea of the Sony Tablet S, a device that relied on a folded over element on the back, a curvy spine that was supposed to give off the impression that you were holding a book and not just another touchscreen, and it’s something Lenovo incorporates elements of in its own designs to this day, but there’s something better about simplicity, something easier to grasp.

That’s what we’ve had in the “Z” series of Sony devices, phones and tablets that were basically just slates made for people who were a fan of minimalism.

While they often lack the sweet metal rigidity that the aluminium blocks from other companies provide, these plastic and glass based beasts are simple slabs of a three-dimensional rectangle, with a screen on one side and a material back.

There are only a physical few buttons, found on the right edge usually, with everything else a button on the touchscreen, and this helps to reinforce a clean look.

And that’s exactly what we found in the Sony Xperia Z3 Tablet Compact, an 8 inch device with a simple design, Full HD display, easy plastic grip, the same specs from the Z3 Compact phone, and a degree of water-resistance that made the device more like a tablet you could take to the pool than just leave by the sofa in the living room like most of the other devices we see.

This was a tablet made for living, not just sitting and reading.

Six months on, that hasn’t changed.

In fact, six months on, we’re still using the tablet often, with the 8 inch size and super-slim 6.4mm thickness making the Z3 Tablet Compact easy to hold with one hand, supported by that 270 gram weight, that manages to outflank its major rival, the iPad Mini 3 coming in at 331 and 341 grams dependent on if you get it with WiFi or WiFi and 4G, respectively.

That weight is spread quite well over its 8 inch size, and means your hands feel more like they’re holding a light periodical than a device carrying the same sort of performance you can get out of a flagship phone, and yes that’s exactly what’s on offer.

Granted, we don’t work the tablet as much as we work a phone, and that’s because we’re using it for light gaming, comic and book reading, movies, and web browsing, but the performance of the quad-core Snapdragon 801 has never really let up, and Sony has even updated it to Google’s Android 5.0 “Lollipop” in that time, something we’ve yet to see from a slightly older yet still flagship tablet from Samsung.

That update to Lollipop happened a little over a month ago, and while it has lost a little of the slickness Sony brought to its PlayStation-feeling Android overlay, the look is still clean and the performance is still solid, with little to no lag when we open and use apps, a fact that makes us happy.

Our version of the tablet even has the SIM card slot in it, and even appears to support phone calls, making the 4G/WiFi variant a very large phone for people who need a very large phone. We’re not sure how many are like that, but anyone having trouble seeing a screen will probably find this immensely useful.

This journalist isn’t in that boat, and the 4G option hasn’t been used all that much, though it is nice to have. If you don’t need wireless data all the time for your tablet, however, we’d probably go with WiFi only, because that would have suited us completely fine.

Regardless of how you look at it, it’s a pretty display, and very easy on the eyes, which his especially handy if you decide to do some reading, or transfer some photos from your WiFi-equipped camera for some digital editing while you’re in transit.

While we’re delighted to see the latest version of Android on the device (mostly, anyway), as well as the excellent build, one of our favourite features is still the water resistance.

That gets us thinking: why don’t more tablets sport this feature?

This slight ruggedisation means we can get the Z3 Tablet Compact wet and then some, which doesn’t just mean “use it down by the pool or at the beach”.

Rather, it’s a solid tablet if you’re using it as a digital online cook book because if you get flour, stock, or something sticky on the display, you can just run it under the tap to clean it.

We’re not saying every device should be able to jump in the pool, but it’s far easier to wash a device rather than run a damp towel over the screen, and we’re sure others can come up with better ways to make this feature useful.

Overall six months in, we’re still happy, and while Apple still may have the bigger ecosystem for apps and digital books, Sony’s Xperia Z3 Tablet Compact is our favourite portable tablet, offering up Android’s solid ecosystem, a comfy design, and strengths in so many places.

It’s just a convenient computer, and a great device across the board. We might still even be using it six months from now.