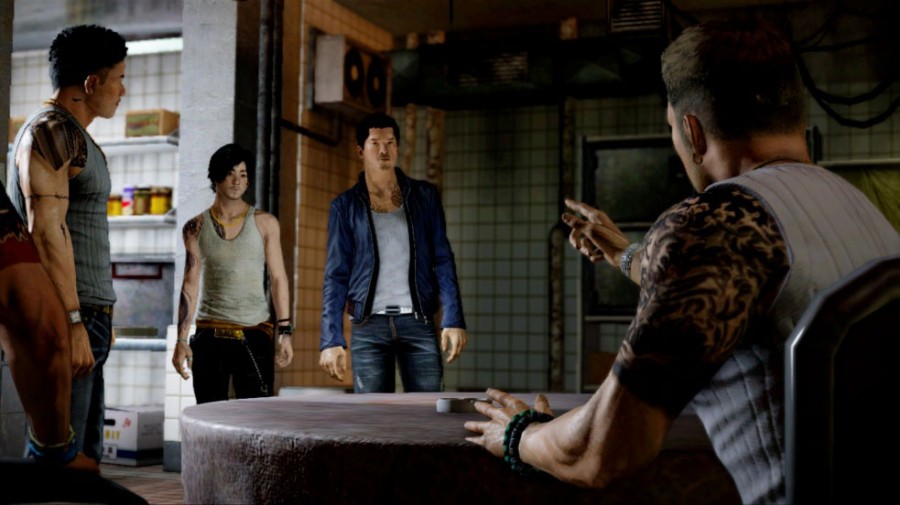 Sleeping Dogs is excellent, nonsensical, violent fun. An open-world third-person action game set in Hong Kong, Sleeping Dogs was originally conceived back in 2009 as ‘True Crime: Hong Kong’, the third game in a series, but was cancelled by publisher Activision.

Resuscitated by a less risk-averse Square Enix, the game was renamed, acquiring its very odd title in the process and stands with us today as a very strongly action-focused take on the ‘GTA’ style of gaming.

Centring on the antics of a Chinese-American cop, Wei Shen, who returns to the island after a long stint in the US, Sleeping Dogs drops your character in a lively, busy facsimile of a city in order to penetrate a Triad operation.

As a ‘Grand Theft Auto in Hong Kong’, it’s actually a lot more sympathetic a game than Rockstar’s epics. Although the characters lack depth, what you do see of them is more realistic and capable of eliciting empathy than most of the highly unsavoury characters you meet in the GTA universe.

That said, Sleeping Dogs is also quite breathtakingly savage, to the point that you may feel like looking away during certain scenes. While quite an achievement in itself, the lurid, grotesque portrayals of combat and conflict frequently cross the line into appalling violence.

The character acting is wooden, including for Wei Shen in the main role, although the voice work goes a long way to compensate, being strong all round. But with the single exception of Jacky, either your don’t get enough time with your new best mates before they get ‘retired’ or the characters simply aren’t sufficiently fleshed out for the player to start to form any kind of allegiance, or sympathy.

This type of game generally mixes up gameplay styles with combat, driving and adventuring, and scattering items around the gaming environment to keep things interesting.

As such, there are plenty of things to collect, including Jade statues which, when you return them to your old master’s dojo, provide you with an opportunity to ‘teach’ your character new fighting moves. These new moves come in really handy in regular game play, so it’s well worth taking the extra time to find them and return them to their rightful owner.

Doing so also pads out the game’s length. While your actual play time will vary depending on how rigidly, or not, you stick to the quests in the main campaign, we got to the end credits screen of Sleeping Dogs after a little over 13 hours of play, having completed all the cases, all the jade statue ‘side’ missions and a fair number of other side missions to boot.

Unfortunately, having completed Sleeping Dogs, there’s no great incentive to revisit it. The only member of our household who went back to the game after the main missions were done, just to tool around in the Sleeping Dogs universe, was our 8 year-old daughter, who just liked to walk Wei Shen around, test drive a few cars and then, very neatly and very precisely, park them in a designated parking spot, taking care not to park over the white lines.

While this was entertaining to watch a few times, her patience with the non-directed ‘action’ significantly outlasted ours.

But the game is entertaining while it lasts. With the hugely-anticipated competition still playing its PR teasing game and no actual release date in sight, Sleeping Dogs fills a gap in the market at a time when quality releases are few and far between.

Gamers looking for a decent open-world game set in a credible modern-day universe won’t be disappointed and, despite the relatively short ‘main campaign’, completing the entire game should at least double the time you spend in it.