Smart appliances from LG tie technology to your home life 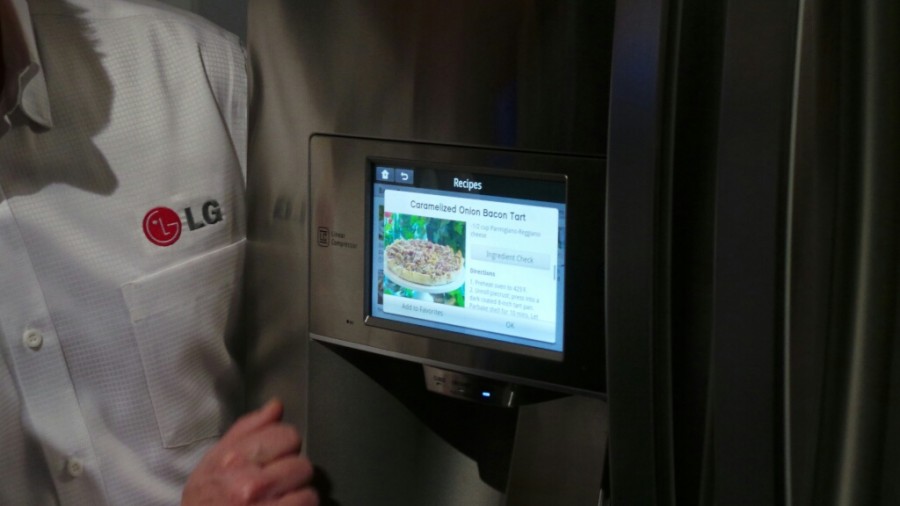 Whitegoods and home appliances with internet connectivity are coming, with LG showing off a surprisingly close future where you can see what’s inside your fridge while you’re out shopping, and where you can control your washing machine before coming back home from work.

Shown during the first Consumer Electronics Show press conference of the day, the LG range of Smart Appliances is being built to make cleaning, cooking, and the refrigeration of food that much easier, and manageable with smartphone devices.

“Smart appliances are clearly the wave of the future,” said LG’s James Fishler, Senior Vice President of Marketing for LG in America.

“We think about how you want to use products, ” Fishler said at the conference, “what you need to make life better; we want to help you have a smart life.”

To do this, the company has evolved the smart appliances we’ve heard about in the past year, adding Near Field Communication to many a whitegood, and making it possible for devices to talk to each other using this wireless technology.

For instance, in the LG Smart Washing Machine, a combination of WiFi and NFC will allow people to see what the washer is doing from a status update in their phone, controlling cycles, and even modifying them ever so slightly.

When LG makes different wash cycles available later on, you’ll be able to download them into your washing machine, effectively making it a washer that grows with you, and doesn’t just stay the same throughout the years like the one we all have at home.

The Smart Refrigerator resurrects the Internet Fridge, but makes it possible to see what’s inside your fridge, thanks to the Smart Manager on the refrigerator screen itself, as well as your smartphone. While we have yet to find out if this will be offered in Australia, a “smart shopping” option will even allow you to re-order food from the fridge screen itself.

Both a vacuum cleaner and an oven will also see the “smart” treatment, with this announcement including the WiFi controlled HOM-BOT robotic vacuum cleaner, as well as the NFC and WiFi connected Smart Oven, which can send status updates about what you’re cooking, recipes, and cooking modes from a phone or tablet.

As with all things at CES, local pricing or availability has yet to be confirmed, but we’ll check with our contacts at LG, because it would be nice to know just when Aussies can go out and check these innovations out for themselves.