Smart speakers are here to stay – which will win? 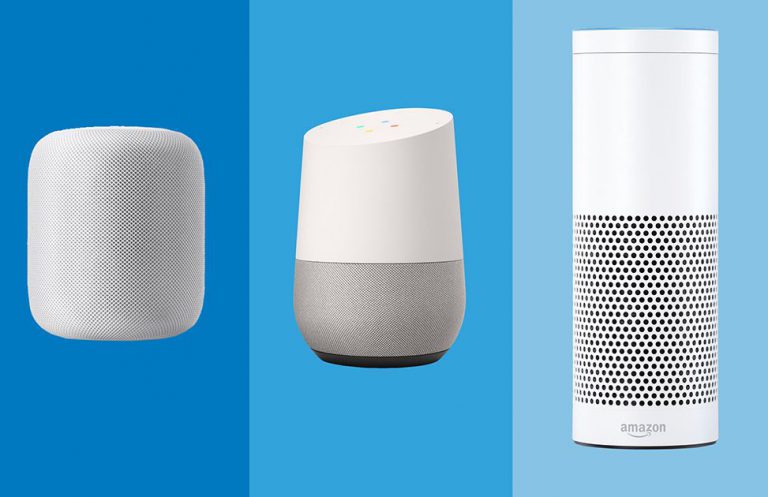 A new U.S. survey by Loupventures has found that 89% of smart speaker users are satisfied with them.

The survey of 520 owners may be small, but it reflects the relatively low take-up of speakers at this time.

It also shows that while Amazon Alexa was first to market and has a 55% ownership rate, Google Home has come from almost nowhere to 23%. Interestingly Microsoft’s Cortana has a 15% share, and Apple’s late entrant HomePod has a 5% share.

It also shows how embryonic the device and its capabilities are. Music, weather, and general knowledge questions dominate smart speaker usage. Using it to make calls, send texts, for smart home control or even search is a low priority.

Of course, the same survey in 12 months’ time may reflect an entirely different outcome as the voice assistants mature and offer real functionality.

Loupventures says smart speaker penetration is in line with expectations but won’t take off until use cases are better developed.

Natural Language processing commentator Benedict Evans says, “Voice is a big deal because voice input now works in a way that it did not until very recently.”

“The advances in machine learning … computers are getting much better at recognising what people are saying. Technically, there are two different fields here; voice recognition and natural language processing. Voice recognition is the transcribing of audio to text and natural language processing is taking that text and working out what command might be in it.”

“Since 2012, error rates for these tasks have gone from perhaps a third to under 5%. In other words, this works, mostly, when in the past it didn’t … But this is continuing to improve – we know how to do this now.”

Evans points to the inevitable, “This makes internet companies nervous – it makes Google nervous of Apple and Amazon and Facebook nervous of both. They want their own consumer platforms but don’t have them. This is a significant driver behind the Kindle Fire, Alexa, Facebook Messenger bots and all sorts of other projects.”

In our review of the Sony Google Assistant Speaker LF-S50G (written before this article) we wrote, “At this point, it is pretty good for playing music, answering silly questions and pretty elementary for everything else.” We also predict which platform will win.

Loupventures has crystallised the issue – we need better use cases, and these revolve around smart home integration and entertainment.

“The reason we are excited about smart speakers, however, involves the much wider use of voice as a computing input to remove friction. We believe the preferred interface for countless smart home devices and software services is not countless apps or small touchscreens, but your voice.”

“This will involve drastically increasing the number of defined places you can send those queries and the number of connected devices in your life. Music, weather, and general questions won’t go away, but other activities will increasingly take place via voice. The desire for the voice interface is there.”

“Smart speaker adoption is outpacing that of the smartphone, and most users say they wouldn’t want to go back to their life without their smart speaker. We think it’s only a matter of time until voice cements itself into our everyday lives.”