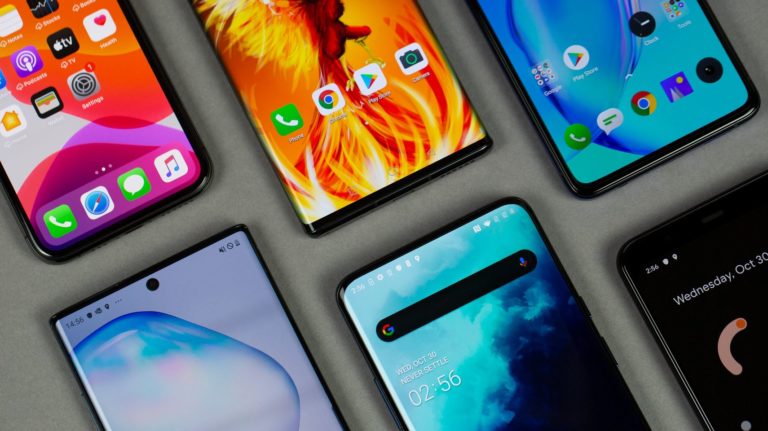 Smartphone market share 2019 – despite US sanctions and the loss of most western markets, Huawei is still the world’s second-largest (Huawei and Honor) brand behind Samsung, relegating Apple to third place.

Smartphone market share 2019 is according to Counterpoint Research that along with IDC, provide the best guess on who sold what to whom and where. The top five brands now capture 66% of the market!

2019 was interesting. Earlier in the year, Huawei claimed it would knock Samsung off its #1 perch by the end of 2019. It would have except that President Donald Trump and his five-eyes buddies pulled the rug out in May by placing it on the US Entities list.

To be clear Trump did so, not as a pawn in the US/China Trade wars but because he and his buddies are concerned that Huawei is subject to Chinese law and could be forced to provide back doors.

It is all about national security, and Huawei needs to accept that. In part it did, because it increased its market share in China to over 60% and Apple’s share plummeted to 6%. And now Huawei is destined to use its own EMUI/AOSP operating system creating a vast digital divide between what the west gets (Google Android and services) and what the east gets.

And the great 5G hoax was launched. Counterpoint says 5G had a 1% global market share. We concur with about 80,000 handsets sold here (of 8 million) and most were a free upgrade from Samsung’s Galaxy S10+ to the 5G version (great marketing ploy).

Increased its market share by 1% to 296.5 million units. Samsung was a slow starter – its flagship-class Galaxy S10 series was an incremental improvement over the S9. But where it picked up the pace was the huge leap forward in its Galaxy A series that took the mass and mid-market by storm.

Was coasting along on sales of this P30/Pro which in April GadgetGuy awarded 5/5. Then came Trump and the only coverage we could give them was the Trade Wars and the fact that its new Mate 30/Pro did not have Google Android or services. To be fair, the Mate 30/Pro is another 5/5 piece of hardware but almost unusable in Australia due to lack of local apps – reminds me of the fabulous Windows Phone. Huawei increased its sales to 238.5 million units – up 2%.

The worlds most loved smartphone brand shipped 196.2 million units – down 1%. It did so while fending off the nose-dive in China, raising prices to astonishing levels, and not having a 5G alternative. An 11% Y-o-Y growth in Q4 due to its iPhone 11 launch saved its bacon. Apple still does very well in western markets.

Not to generalise but realme was the world’s fastest-growing brand in 2019 (453% YoY – OK, from a low base). Anything coming from BBK is well made and usually has features well above the price. We suspect that its growth in the west was at Huawei’s expense.

#7 Lenovo (Motorola in some markets)

39.6 million sales – 3%. Motorola has finally shaken off the legacy of previous owners and its One Vision, and G8 series are outstanding value and quality. It has just launched the sequel to the iconic Razr Flip and has more news coming.

(Chinese 2006) has entered the charts selling mainly in Africa, Middle East, India and Latin America. It sold 21.5 million – 1% of the market.

The rest comprises hundreds of other makers that have specific regional or market niches. Together they had 280.8 million sales and 19% of the market.

Nokia is one of the rest – It is from Espoo in Finland although its handsets are Chinese-made. Counterpoint says it is likely to have shipped about 4 million units – down from 9th on the list in 2018 to 13th. A lot of Nokia sales are featurephones. We wish it well, but the economies of scale mean BBK and Xiaomi will rule the roost.

Val Quinn, Channel 7 Sunrise GadgetGuy will bring all the news live from Mobile World Congress, Barcelona, 24-28 February. The theme this year is Limitless Intelligent Connectivity (trying to breathe life into the stillborn 5G). The exhibitors’ list is here

Perhaps the most important trends will be bringing AI down to mass-market handsets; some humongous new camera sensors (that all bin down to a reasonable MP); 120Hz screens; more flip and flops; and we are hoping to hear more on Samsung’s new battery technology that packs 20% more capacity into the same space.