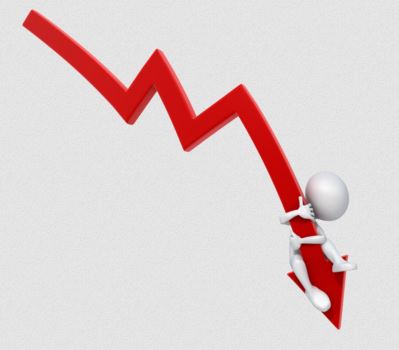 IDC has confirmed what we have known for some time. Smartphone Q2 2020 sales are down 7.9% to about 230 million handsets. Gartner predicts a 20.4% drop this year. And 5G sales are dead except in China.

Why are Smartphone Q2 2020 sales down? Few have the funds or the inclination to commit to leases or payment plans. The outright purchase of lower-cost, yet fully-featured smartphones and a massive move to lower-cost 4G MVNOs are flourishing.

And 5G is a massive con with coverage nowhere near the 5G coverage maps. Nor is there a killer app or use yet that demands it. No 5G is a marketing ploy to sell more phones that has failed miserably. Until 5G phones cost no more than 4G anyway.

IDC found that for Smartphone Q2 2020 nearly 85% of phones were under US$600 (AU$800) and the market share as follows (the figures are an amalgam from different sources but tally with what our retail sources tell us).

Now, these are Smartphone Q2 2020 global figures. We will relate these to Australia later.

These are what we consider the most likely global figures from Counterpoint that use an amalgam of sources.

* OPPO is part of the BBK group, and it accounts for over 63 million sales in Q2 making it the largest Global Android handset maker.

What do China figures mean?

It is an anomaly caused by COVID and that Huawei had the only low-cost 5G Balong handsets that worked in China. In fact, over 55m/60% of the sales in China were <$400 5G handsets.

All the rest had 4G as Qualcomm could not supply the SD765 5G chips that we now see in the OPPO Find X2 Neo/Lite, Moto Edge, LG Velvet and soon many more here.

Apple’s resurgence follows a horrendous time in China. Massive discounts on the iPhone 11-series and the lower-cost iPhone SE have saved face there.

Australia – yet another set of figures

Australia has traditionally been an Apple stronghold. But almost all of its Q2 share is a mix of iPhone SE (64GB $749) and a huge second-hand and refurbished market. Kantar (consumer sentiment based) said earlier this year that the entire iPhone 11-series was 23.4% of sales.

Samsung has about 25% of the market, and again the Galaxy 4G A-series covering from $249-649 has been its saviour. According to retail sources, buyers are beginning to ask for non-Chinese alternatives.

OPPO has about 4% of sales and the majority are from $239 to $449. Its 5G Find X2 Lite at $749 is picking up sales. Sale of Its 5G Find X2 Neo $899 and the 5G Find X2 Pro at $1599 are slow. With its BBK siblings, it is likely has the second, if not the largest combined Australian smartphone market share. Interestingly any so-called anti-Chinese sentiment evaporates when buyers see the phones and the value they offer.

These following price brackets are not in most stores

Back to good old Australia

Here are our picks

Sales have tanked. It is for those that can afford a lease or business purchase and can deduct it from tax.

MNOs, MVNOs and why 5G sucks

We cannot get accurate statistics but there are hidden gems in annual reports etc. What we know for sure is that there has been a massive swerve away from direct contracts with Telstra, Optus and Vodafone that had about 80% of the market five years ago to roughly 50% today.

The other 50% are mainly consumers that use MVNOs on the three major networks. Overall Telstra has about 40% of mobile services, Optus 30% and Vodafone 20%.

Boost accounts for somewhere between 50-70% (probably closer to the latter) of Telstra’s 4G retail (not 4GX) network and uses Telstra back office and support.

Woolworths is next and appears to have somewhere between 10-20% using the Telstra 4G Wholesale network and supplies its support. Although Aldi is gaining ground there.

Vodafone has TPG and some smaller carriers.

But the real issue is coverage. 4G is almost everywhere

Speeds are a different story. If you are sitting on a 5G tower you may get

But OpenSignal users report differently – its about the same as 4GX/Plus.

We reported on Q2 previously here but not all the figures were available at the time. While we were accurate, the massive sales in China terribly skewed the results.