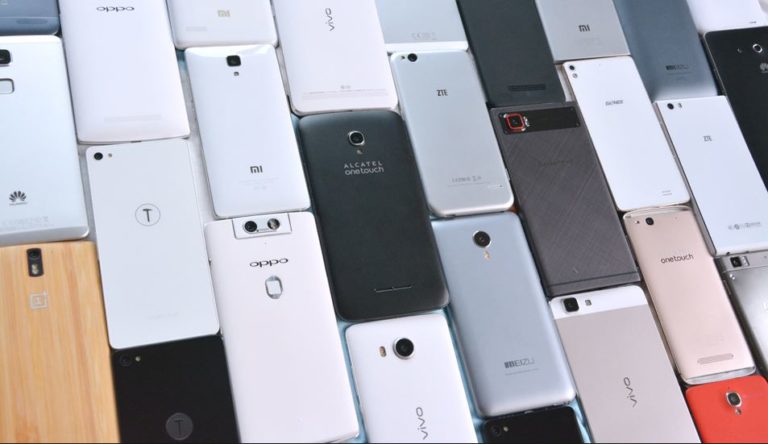 As smartphone sales stall, it looks like 2019 will be a bloodbath as smartphone vendors compete for a piece of a shrinking pie. The 2018 market is down 8% following four consecutive quarters of negative growth.

In the Android camp, the only way for one vendor to grow is to grab someone else’s Android Pie.

In the Apple camp, swapping (Android to iOS or vice versa) is over – there are camps. Apple must focus on the replacement market. This is handsets coming off Telco contracts three years old. But this has a of guaranteed trade-ins reducing its profit.

Then there is a new player upsetting the equilibrium –refurbished phones.

These are mainly Apple iPhones. At the end of 2017 IDC estimated it was a US$17 billion market growing at 10% per annum. But, it has just revised that to a $52.7 billion market by2022. Forbes says real growth is closer to 22%. Counterpoint says it was 140million units (about 10% of all phone sales). That is 140 million sales lost from new phones.

Then there is the thriving second-hand market. Analysts say this is around 20% and growing too especially in the US where the right to repair is taking hold and making it economical to replace batteries – the main consumable that renders older smartphones useless.

The reasons for refurb and second-hand growth include

Apple no longer publishes sales it is interesting to look at its market.

Reports of Apple iPhone XR, XS and XS Max sales stalling is worrying to its parts vendors and China-based Foxconn that assembles them. Estimates are that cancellations are around 33% of the 70 million annual order for iPhone XR alone. Apple has also drastically reduced orders for its two higher-priced models, the iPhone XS and iPhone XS Max.

Forbes reportsthat the iPhone market has contracted, e.g. it is saturated, and growth won’t pick up until well after 2020when 5G starts to be of interest to consumers.

In the wake of Apple refusing to publish iPhone sales, some interesting statistics have come from CIRP.

It found the total installed iPhone base in the US is 181million at the end of September 2018. Whatdoes that figure comprise?

“We see 75 million iPhone owners with models that were originally released three years ago or earlier. We can envision an upgrade cycle like the new iPhone 6 and 6 Plus when more than half of the installed base upgraded within a year.”

What that means is that half of that 75 million (37.50 m)may upgrade to the new XR or future phones, but the market won’t grow. To a large degree that reflects the recent Apple manufacturing cancellations.

It is not all bad Levin says. One hundred eighty-one million active smartphones users give the company a significant platform for the emerging strategy of selling more to that installed base. Thisincludes promoting Services and Other Products,which Apple just renamed Wearables, Home, and Accessories.

GadgetGuy’s take: Smartphone sales stall and wont pick up for a few years

Bottom line – with a saturated market the winner will be the most competitive offering a range of smartphones in all market niches. Apple’s market has peaked and refurbs and second hand cannibalise its new sales.

In the Android world, Huawei rather than Samsung looks to becoming the dominant player –  but you never know.

We just have too many smartphones! The battle for sales supremacy will be fought sub $799, but the battle for profit will come from extra services generated from each sale.