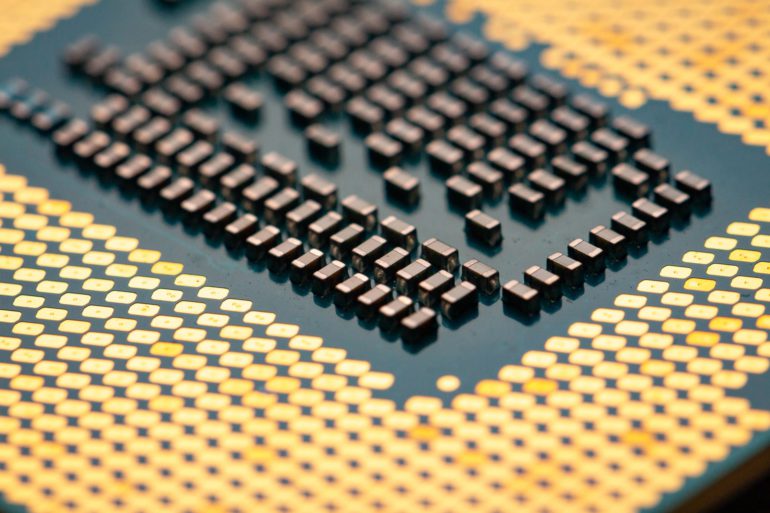 Silicon chips shortages caused by COVID-19 has seen smartphone sales take a hit since Q4 2020 simply because manufacturers can’t get some components.

According to Counterpoint, it is not just smartphones but any tech that uses silicon – camera sensors, systems on a chip (SoC), memory, storage and even screens. The top five (Samsung, Apple, Xiaomi, OPPO and vivo) report that their cupboards are now bare. While hoarding of components throughout 2020 allowed them to supply more phones in Q1 and Q2 2021, shortages will slow that growth.

Industry leader Qualcomm could not make enough SoCs leaving MediaTek some 43% of the market. Qualcomm maintained its lead in the 5G segment supplying 55% of the SoCs versus MediaTek’s Dimensity at 30% and Samsung at 10%.

Samsung took a hit too. Its market share of SoCs dropped 5% because it could not source materials needed for its Exynos. It started using MediaTek in some of its A-series and more Qualcomm in its Galaxy S series.

The widespread move to triple and quad cameras meant that in 2020/21, the need for camera sensors increased exponentially. “The move by Apple to multi-sensor devices led to an instant demand for billions of more sensors. Smaller manufacturers will miss out because we can’t ramp up capacity that fast,” Sony.

The sensor shortages led to smartphone makers substituting whatever sensors they could get. We noticed a distinct trend in smartphone firmware being able to use similarly sized sensors from Samsung, Sony, OmniVision, GalaxyCore and SK Hynix. While it was a bit of a lucky dip, we have seen the second-tier sensors, usually for entry-level moving to mid in more upper-mid phones.

What can you buy?

We spoke to a niche player that produces a specialist range for Asia-Pacific markets. He confirmed that its Chinese OEMs could not supply any more 2021 model handsets, and it may be late 2022 before they could guarantee future supply. When he asked about the 2022 model update/refresh usually slated for February, the response was a polite “Not possible”.

We also asked our retail spies what their situation was. One large company is waiting on 82 brands/models/configurations (SKUs) – 33 of those are Apple iPhones. Earlier in the year, that figure was about 30% higher.

When you are shopping for a particular brand/model/colour, the chances that it will be around next week are slim. The lower-cost iPhone mini is OK except for some colour choices. Motorola has stock of its new models now. Buy now because it is only going to get worse as we approach Christmas.

Another smaller retailer said it had significant supply problems with Samsung’s two most popular handsets – the A52s 5G and Galaxy S20 FE 5G. They also had issues getting almost all iPhone 13 models/variants except the Mini. OPPO was its most reliable supplier.

When asked about discounting, the response was, “You hold onto margin during stock shortages. Any discounts are manufacturer-led to clear old stock to make way for new models”.

OPPO, enjoying its premier place in the Australian sun said,

“It’s no secret that the global chip shortage has caused challenges for many industries and the smartphone sector is not immune. At OPPO we’ve been preparing for this for some time, focusing our efforts on the devices and models that best reflect the wants and needs of Aussies. We’re closely monitoring this evolving situation but are confident that we will continue to be able to meet the demands of local consumers, even as we continue to grow market share.

The sky is not falling, but availability is limited. We noticed this when preparing our October guide Best Android phones $100-1000 – most are now 5G. There were still many 2020 models on the list. New Q2 and Q3 2021 model releases are scarce, and many are dropping their 6-month update cycle.

We will attempt to keep the guide up to date each month.