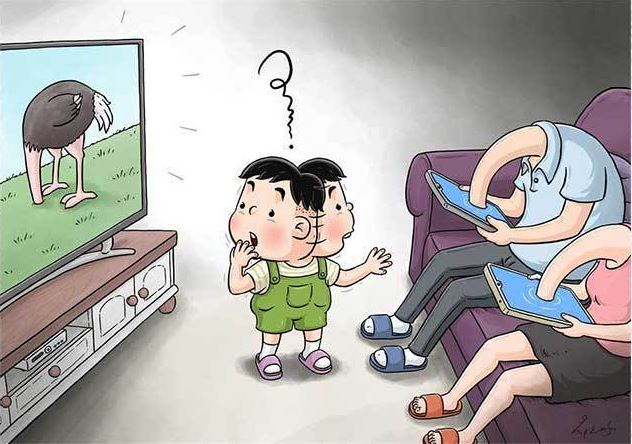 Smartphones 2019 was huge – so big a category that we can only focus on a select few. But the biggest [fake] news was the lousy performance of Tel$tra’s still-born 5G network – nothing but a ploy to sell more phones in an over-saturated market. And that did not work either.

Tel$tra’s epic fail was almost as monumental as the rise and fall of Huawei. Smartphones 2019 was also about the opportunity that created for a host of newcomers and refurbishment kings.

Interestingly while GadgetGuy’s top category in 2018 was smartphones – smartphones 2019 dropped a few notches to fourth place displaced by Sound, TV and a new entrant Smart Homes.

We have a few suspicions why smartphones 2019 was not as exciting to our readers.

And all the action then moved to sub $599 handsets.

In smartphones 2018, we wrote how Huawei was rapidly gaining ground with its excellent Pro and Mate 20 series. Better cameras, better processors, loads of AI and aggressive growth in the face of ‘vicious, concerted and unsubstantiated innuendo against the company.’

Well, Huawei went on to become media’s darling (and ours) with its P30 Pro that, without exception media crowned as the best smartphone (so far) of 2019. There is a lot to like.

Instead of a quick resolution, President Trump has tightened sanctions against Huawei to the extent that its Mate 30/Pro launched with open-source Android and no Google services – It does not do Google.

Consequently, many local media (including GadgetGuy) are unable to review or cover Huawei smartphones until resolution. Hint – don’t hold your breath!

Smartphones 2019 reflect a plethora of new entrants (to the Australian market) with a range of phones under $500.

These days it is a given that OPPO et al., produce good gear. It is now one of Australia’s most recognisable smartphone brands winning the Canstar, ‘Most Satisfied Customers – Smartphones’ for 2018 and 2019.

Realme, a youth-focused sub-brand with a pure-online sales model, scored 4.9/5 for its 5 Pro and XT models for stand-out features and value in a $399/499 phone. These are phones that Joe and Jane Average should aspire to.

vivo produced some, excellent ‘worker’ phones scoring 4.4/5 for its Y12 and Y17 which we perhaps unkindly called the ‘Hyundai’ equivalent. These have huge 5000mAh batteries, decent build quality and cost $249/349.

OPPO also filled in the lower ground with a new A-series from $179-399 – all equally well made and great value.

We also see the entrance of Xiaomi (pronounced chi-omi) in the $499-999 price bracket. We have not reviewed these yet, but we understand they are impressive.

Samsung – the empire strikes back

Samsung is still the world’s largest smartphone maker despite Huawei claiming it would knock it off the perch by 2020! It makes dozens, if not scores of different models for each market.

The Android phone of the year, is, as usual, the Galaxy Note10 (5/5) $1699 and $1999 for 5G (and I feel less than whole without this unique pen-based product). Yes, it is an evolution of the unique pen/phone but it also has a vastly upgraded camera, battery, processor, ram – everything.

The Galaxy Fold 5G dual screen (not rated) is $2999, and GadgetGuy has one for review. Remembering that this is V2 and all the early bugs are gone, we can see why you would want a larger screen, foldable device. Although we suspect the dual-screen LG V50 ThinQ 5G 5/5 ($1152 Telstra exclusive) is more practical for now.

Mintt – the little engine that could

Mintt is a new Australian arm of Mintt Global (well South Pacific to be precise) that has been rocking the block – Channel Nine’s Block as an official supplier.

But more than that its colourfully named CoolMintt and Ultramintt phones are damned good value with a two-year warranty, well made and good cameras. Its Ultramintt Y3 at $399 has taken out the award for the most fully-featured phone under $500! It has Qi wireless charging, NFC, USB-C fast charge, 6.3” 2340 x1080 screen, tri 20/16/5MP camera… unbelievable.

Both Samsung and Sony are now making 48, 64 (and soon 108 and 124MP) camera sensors. While bigger is better, these are Quad-Bayer pixel binned to 12 or 16MP. Binning shoots a bracket of shots and selects the best pixels from each – it is all done in post-processing by the smartphones System on a Chip (SoC).

Where the real power is coming from is the AI in the SoC, and we see new Qualcomm SD6XX, SD7XX series with AI power equivalent to 2018 SD8XX flagships. Expect far more advances here.

In 2019 all batteries were mainly Lithium-Ion or Lithium-Polymer. The mAh capacity equates directly to the physical size of the battery. In 2020 we may see a new battery developed by Samsung for its Galaxy S11 that shaves about 10% of the size per mAh off the battery. To put that in perspective a 4000mAh battery in 2019 will be a 4400mAh in 2020.

We have also seen quite an advance in fast charge and stretching USB-C PD to its limits.

Samsung has a 45W fast charge (10V/4.5A) that should fill a battery in 30 minutes. Others like OPPO are working on even fast chargers at 50W.

Nokia for its version ‘.2’ 2019 phones – all are incremental improvements over its version ‘.1’ 2018 phones. Great value, especially when you get one at a famous JB Hi-Fi 20% off sale. Look too at its feature phones – dumbphones for old farts.

Motorola for getting off its bum at last and producing the Motorola One (4.8/5) for Gen Y and Motorola G8 Plus (5/5) for Baby Boomers that are at last serious efforts to be competitive.

TCL (well Alcatel, BlackBerry and Palm) are still regrouping under TCL Ownership. Still, Alcatel sells truckloads of pre-paid, lower-cost smartphones via Telco’s and it is a brand you can trust.

There is nothing wrong with buying second hand. We visited Alegre’s refurbishment facility (supplies Boost with a range of guaranteed refurbs). Since then, we have seen many other refurb schemes that aim to give a couple more year’s life to mainly Apple, Samsung and Pixel phones.

But – and this is purely cautionary – with so much value in the $399-599 segment and two-year warranties we question if new is not the better way to go. We wrote a guide to answer “Q: Should you buy a refurbished or second-hand phone? A: The short answer is no. The long answer is maybe, under some circumstances.”

GadgetGuy Ray Shaw is an Android and Windows guy. Sorry, that is all the bandwidth I have at present.

We covered Apple ‘strategy’ earlier, but we wanted to acknowledge the excellent iPhone hardware and operating system.

Apple is a closed ecosystem (you can only buy Apple from approved retailers and apps from its App Store). Channel Seven Sunrise GadgetGuy Val Quinn is our ‘Applespert’.

So, if you have invested in the Apple ecosystem, the choice is to wait each year or update to the latest iPhone 11 Pro or Max. As Apple has incrementally, not exponentially improved iPhones since the 8 and iOS is updated back to the iPhone 6 there is little compelling reason to update annually.

Val rates the iPhone 11 Pro Max as 4.7/5 and would not be seen dead without his Apple Watch, Macbook, AirPods, iPad and iUnderwear!

Oh, and he copiously consumes Apple services, and we are sure he drinks Apple Cider (Kool-Aid).

Seriously, Val says, there is a reason that Apple commands 50% of the Aussie market – Android users are just too dumb to see it.

More brands, more model changes (3-6 months life), new technology and desperation to gain a share of the static smartphone market is good for us all. If Huawei regains Google approval, it will even be bloodier interesting.

We will see lots of crocodile tears in 2020 as most schools ban smartphones. TCL’s MoveTime 4G watch (and others) will benefit most here to helicopter parents.

The Global Right to Repair movement will gain momentum and start forcing manufacturers to make repairable phones again. And I suspect the ACCC may have a lot to do with forcing smartphone makers to a minimum 2-year warranty and perhaps more to cover 36-month finance. Apple is a notable hold-out at one-year.

And we will see more Telcos push 5G as the cure for the common cold. Don’t be conned. 5G is not as fast as promised (under ideal lab conditions), has minimal coverage (so you are paying more for 4G phone) and we don’t really have the high-speed mmWave 5G we want. We have sub<6Ghz 4GX on steroids. Our take is by the end of 2020 most phones from $599 will have sub<6Ghz 5G at NO EXTRA COST. But it will be years – 2023-25 before you can use it widely.

By the way, the cartoons in this article are from https://pulptastic.com/these-40-cartoons-perfectly-illustrate-how-smartphones-have-taken-over-our-lives/. It’s worth a read as it shows in the comic form how our lives have changed.