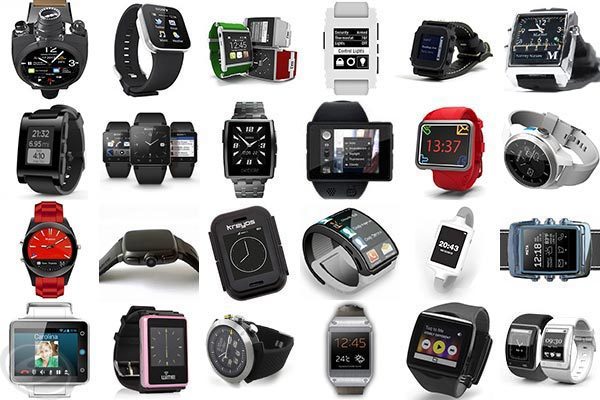 In the past basic lower-cost wearables – fitness bands – have enjoyed growth. But advances in smartwatch functionality, IP ratings, a huge range of devices and costs have made fitness bands less desirable.

“Health and fitness is a strong start. But when you include cellular connectivity; integration with other Internet of Things (IoT) devices and systems; and how smartwatches can enable greater efficiencies, the smartwatch market is heading for steady growth in the years to come,” he added.

Jitesh Ubrani senior research analyst for IDC Wearable Device Tracker, said, “We expect the shift in consumer preferences towards smartwatches to continue. Apple will undoubtedly lead in this category. But Google and its partners deserve watching too.”

It is a real contender for Apple’s watchOS as it can act standalone or paired to a smartphone.

Interestingly open-source Android-based watches will be WearOS’ closest competitor. Vendors can highly customise it, and it gets over the lack of Google services in China.

Llamas continued, “Keep an eye on the other smartwatch platforms, including Fitbit’s Fitbit OS, Garmin’s Connected IQ, and Samsung’s Tizen. Fitbit’s Versa has had a warm reception in the market. Garmin’s devices have had a steady presence for many quarters. Expect both companies to dive deeper into health and fitness while exploring new areas as well. Samsung continues to make strides in the commercial space, including health care and wearable workflows.”

Smartwatches will account for 44.6% of all wearables shipped by the end of 2022.

Apple’s latest watch has cellular connectivity. It has drawn attention from Telcos. More importantly, it has helped with consumer acceptance. Other vendors will follow. In short, there is an increasing use case for a smartwatch.

Basic watches comprise sports watches, kids’ watches, and hybrid watches. They offer many advantages such as long battery life, simplified interfaces, and highly fashion-forward designs. But this category declines from 23.7% in 2018 to 19.7% in 2022. That decline is due to vendors focusing on transitioning their user base to smartwatches in hopes of increasing revenue.

The market for wristbands will decline by 6.6% in 2018 – demand for these simple devices has cooled. Leaders here include Fitbit and Garmin that continue to pursue smartwatch growth instead. Average selling prices are expected to drop below $50 by 2022.

Apple Watch grew 13.5% over the previous year with the launch of a cellular-connected Watch. Telcos have embraced another revenue stream.

Xiaomi at the second position had a 14.8% share. It had the lowest average selling price (ASP). It has been able to successfully flood the primarily Chinese market with its devices. But has been far less successful at capturing a share of wallet.

Despite a decline of 28.1%, Fitbit ranked third during the quarter. The launch of the company’s smartwatch, Versa, was met with initial success with its appealing design and even more appealing price. Recently, the company has also launched new features on its platform, such as female health tracking. This has been well received as over 2 million users have already used this feature. The company remains focused on the health and wellness market by working with slow to move government agencies and medical institutions.

Utilizing the Honor brand to cater to a younger audience, and the Huawei brand to cater to a more demanding audience has worked well. It has a wide product portfolio of smartwatches, kids’ watches, fitness trackers, and even ear-worn devices. its presence is still limited to Asia.

Garmin has a 5% share, up slightly from its 4.6% share a year ago. In the past, Garmin has been relatively slow to adopt certain new features. The recent rollout of music playback and further expansion of Garmin Pay and the Connect IQ platform has worked. Garmin has also been able to slowly expand its global reach as nearly three-quarters of its wearable shipments were outside the U.S. in 1Q18, compared to roughly two-thirds in the previous year.

GadgetGuy’s take – a smartwatch was a market waiting to happen.

Back in April 2015, Apple released the series 1 watch. I admit then to being naysayer suggesting it was an answer to a question that had not yet been asked. Apple does not release watch sales, so analysts were right to question its impact.

Fast forward to today. Projected sales figures of 43.5 million smartwatches and 74.7 million dumb watches. This is proof that the wearables market has become a reality.
IDC says the smartwatch category will grow 89.1 million in four years. This is at the expense of dumb watches moderate growth to 85.2 million. Smart clothing and earware (smart buds) are also two growth areas.

There is a good article on smartwatches here.