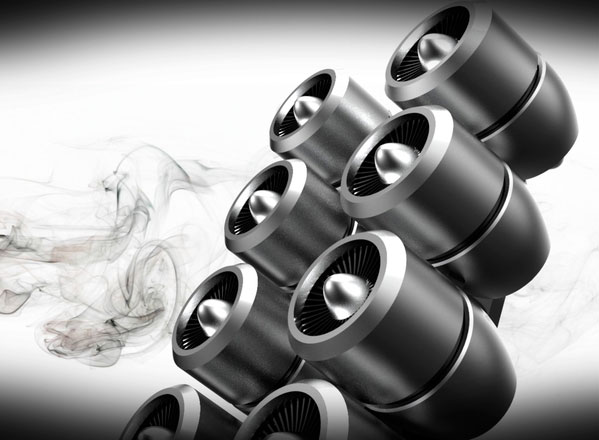 The future of home entertainment apparently smells, with a new device being shown in the next weeks aimed at tantalising nasal passages while you watch movies, TV shows, and play video games.

Designed by Nuno Teixeira and built by the French company Olf-action, the “SmellIt” is like a speaker… except for your nose.

Engineered to send out scents during media, the SmellIt is being designed in two forms, with one product aimed at computers and the other geared at sitting inside a home theatre.

It’s not the first time that we’ve heard about scent-based printers, and a similar technology even graced the release of a movie this year. Viewers of the Robert Rodriguez flick “Spy Kids 4” received an “Aromascope” card with eight scratch and sniff sections designed to be rubbed when the movie called for it.

Although Olf-action plans to show the device at the Lisbon Design Show this week in Portugal, we can’t imagine seeing the products on shelves for a while, perhaps when movies and games start coming with smells.