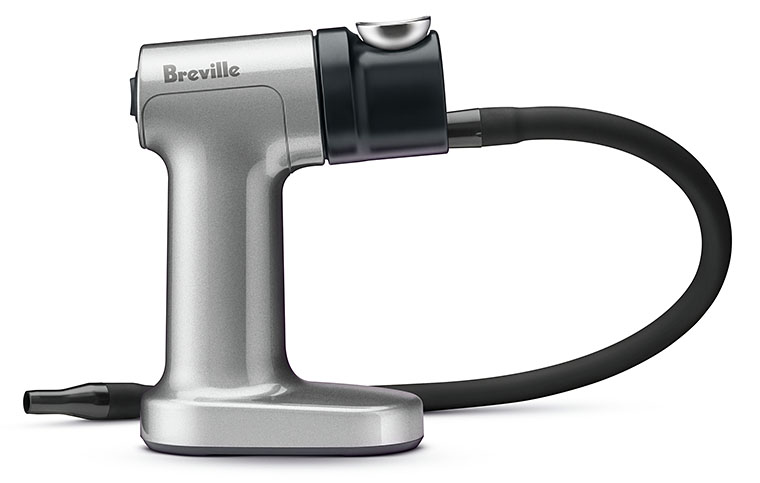 “What will they think of next?” That was the thought which passed through my mind a couple of months ago when I saw a TV chef pump some aromatic smoke into a dish that was in preparation. Such a specific gadget for a specific task. Where would you ever get such a thing? Well, Breville for one it turns out.

Appliance maker Breville has launched its smoke infuser under a fitting name, given its shape: the Smoking Gun. It’s designed to inject smoke – without heat apparently – into a wide range of foods and drinks.

Luke Ashton, the co-owner of the Darlinghurst-located “This Must Be The Place” says, “The uniqueness of the Smoking Gun enables you to smoke virtually anything – from solids to liquids, and even solid liquids like ice cream. It delivers a high level of control that allows the user to control just how much smoke they want to apply quickly, efficiently and with very little mess.”

Breville mentions Applewood and Hickory as culinary favourites, and notes that it works best with food and drinks “with a higher fat content.”

The Smoking Gun is based on a similarly named device produced by the Breville-owned company PolyScience, but has been redesigned with “a metal smoke path for optimised performance and longevity, as well as a robust housing and stable integrated base”.

The burning takes place in a removable chamber, allowing easy disposal of ash from the burnt wood chips.

Pricing: the Smoking Gun by Breville is available for $119.95.