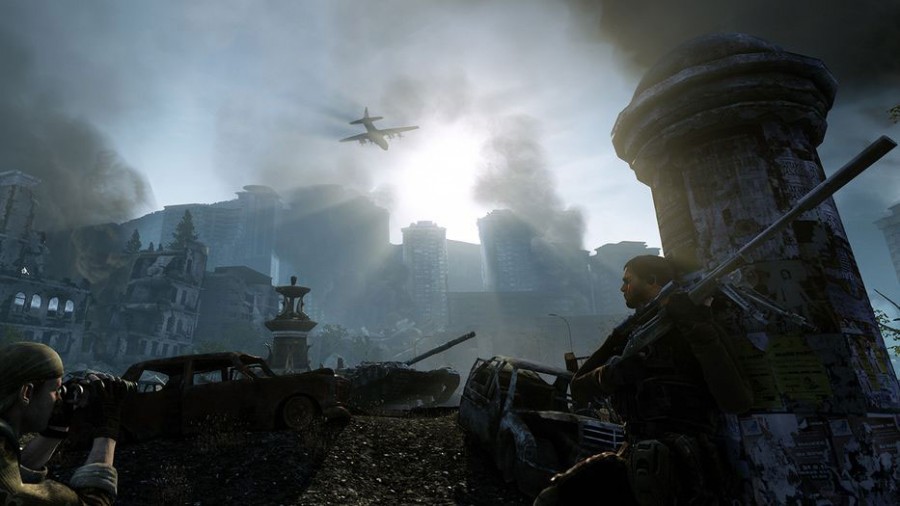 If you loved the tense sniper missions in the last couple of “Call of Duty: Modern Warfare” games, you’ve probably wondered at some point what it would be like to have a whole game made up of such stealthy goodness.

Wonder no more, because Sniper 2 Ghost Warrior is that very game. And it’s great fun.

Cleverly, any tutorial element is incorporated into the first mission, where you’re accompanied by your spotter who walks you through the principles of moving slowly, using cover and generally being patient.

This first mission, more closely resembles tasking for a special ops unit than a sniper team, but forms one of the three types of mission you’re required to fulfil. Fortunately, the other two types are much more like it, usually directing you to occupy a nice, comfy sniper’s perch somewhere up high and then raining down sniper hell on the other side.

Sniper 2 is a no-frills offering – no weaker for it mind you – where you’re presented with solid sniper missions but don’t have the added distraction that you find in most games of this type, such as having to pick up documents, blueprints, USB drives or whatever else. And while locations are sparsely populated with paraphernalia like laptops and other equipment, there’s nothing to find and collect, which is a welcome relief.

Similarly spartan but excellent in its minimalism is the audio. The music is low-key but serves to increase the tension and sense of drama, but the foley work is particularly fine, with sound effects that subtly aid authenticity and are as good as any game release out there.

Enemy AI is pretty alert: a radar ‘pip’ and handy meter on your HUD tell you when they’re close and have a chance at spotting you, so when that starts filling up, it’s time to backtrack and find some scrub to hide in.

And once you’re found, you’re usually dead within seconds.

Sniper 2 has more in common with Ubisoft’s “Ghost Recon” series than first-person shooters like “Halo” or “Call of Duty,” so death can come very quickly, sometimes from a single bullet.

Since you’re a sniper, if you’re trying to be really stealthy, it’s often better to just stand there and let them kill you so you can restart the segment and do it over again ‘properly’.

Doing so, however, brings into focus a major complaint of the game, which is that checkpoints are a long way apart, so reloading the last save or checkpoint can put you right back at the start of a mission that you were well over halfway through, often on the wrong side of a video sequence.

Your sniper clearly failed SF selection too. Running more than about 50m sends his pulse skyrocketing towards 200bpm  and he seems incapable of hopping over a waist-high wall or obstacle, unless the game specifically wants you to.

So Sniper 2 only really does one thing, but it does it very well. That focus on delivery of core gameplay is admirable in this climate of feature-creeping, copycat, collection-obssessed first person shooters.

There are no complex assessment and reward mechanisms at work here, but the game does give you a little pat on the back every so often with a satisfying bullet-cam that seems to kick in on the last kill of a group or wave of enemies. The multiplayer offering is lacklustre, but hell, that’s as it should be.

Sniper Ghost Warrior 2 is a superbly enjoyable sniper gallery for a lone gun – exactly what we hoped IO Interactive would release as DLC for Hitman Absolution – and better for it.