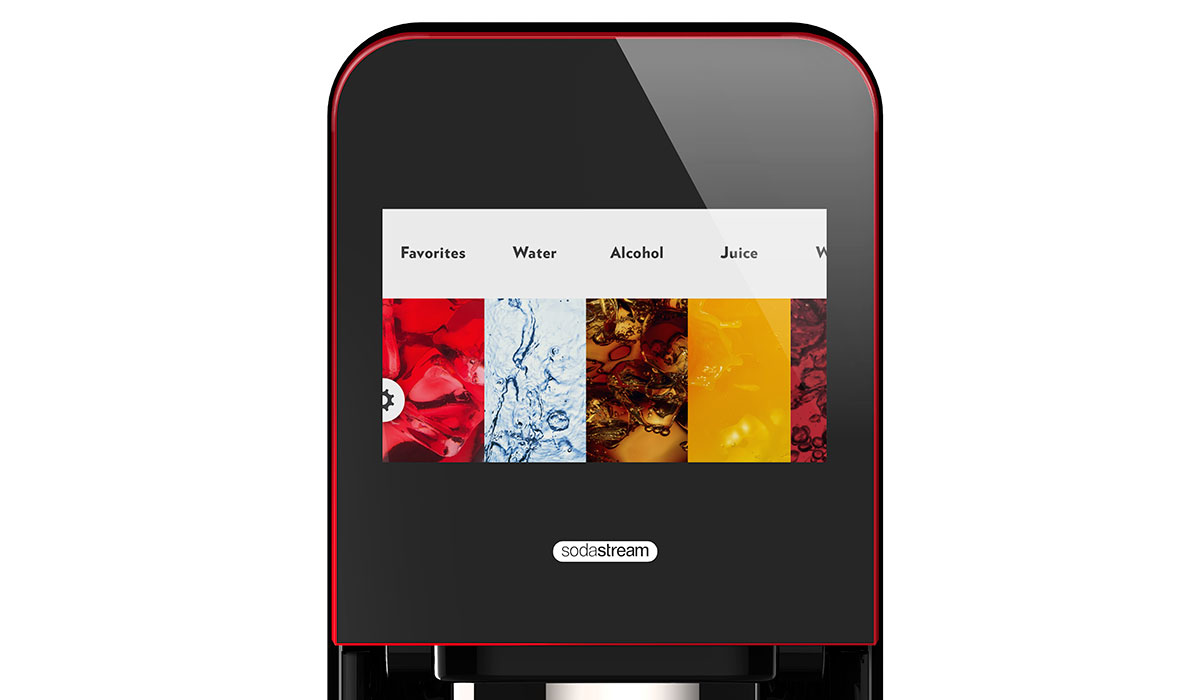 We’re fans of anything that lets us get creative with our food, and for years, SodaStream has let us have fun by making our own fizzy drinks, but a new model will even show you how to make mixed drinks with a bit of the internet thrown in for good measure.

Unveiled this week at the Salone Internazionale del Mobile in Milan, SodaStream’s “Mix” aims to help people carbonate more than just water with a different design to let you carbonate different liquid types, with SodaStream pointing out that this one can do juice and alcohol.

Designed by the same person who engineered the comeback machine for SodaStream, the Source, the Mix model has been built for mixed drinks in mind, and will even show people how to make a mixed alcohol drink by way of an LCD screen built into the machine, showing them the ingredients needed for various drinks, asking them to mix them in the SodaStream bottle, and then letting the machine go to work providing the right amount of carbonation needed for the beverage.

“Mix opens the door for a new category of beverages, with a connected kitchen appliance unlike anything in existence,” said Yves Behar, designer of SodaStream’s Mix.

“Beautifully crafted physically and digitally, the machine puts innovation in your hands, and lets you share your creations with the world. Because, in the end, who wants a gin and tonic when there is new alchemy opening new tasty worlds?”

The touchscreen at the top of the machine replaces the LEDs, and from what we understand relies on Bluetooth connectivity, suggesting that it might talk to smartphones via an app, though SodaStream sends word that it will be “fully integrated into the Internet of Things”, meaning it should be an online appliance, too.

We’re not quite sure what that means yet, beyond the downloading of new recipes, but we suspect it will be these recipes that allow the SodaStream Mix to accurately define how long to carbonate various liquids for.

Current generations of SodaStream products can, in fact, carbonate liquids that aren’t water, too, but SodaStream advises that you only use water, as the other liquids can be a little unpredictable.

When GadgetGuy tested this a few years ago, we found out the hard way, with explosive circumstances via a bottle of red wine.

If a SodaStream Mix recipe contains the proper carbonation time, this could instead improve carbonation of liquids that aren’t water, meaning you won’t necessarily have the three hour clean-up job we had when red wine went everywhere.

That being said, the head of the carbonation unit does look a little different, so perhaps we’re seeing a perfection of SodaStream’s system with the Mix.

“We are very excited to announce that the SodaStream Mix will launch in the Australian market in 2016 after its much-anticipated launch in Milan,” said Myles Anceschi, Managing Director, SodaStream Australia. “The Mix will be a game changer for Australian consumers providing endless possibilities for beverage creation at home but also professionals in the beverage industry.”

Pricing on this one hasn’t been announced yet, but given it has an LCD screen, we suspect it will be more than the typical $100 you can find the units for.

In any case, we’ll have more information on this when we know more, which will be next year, at this rate.