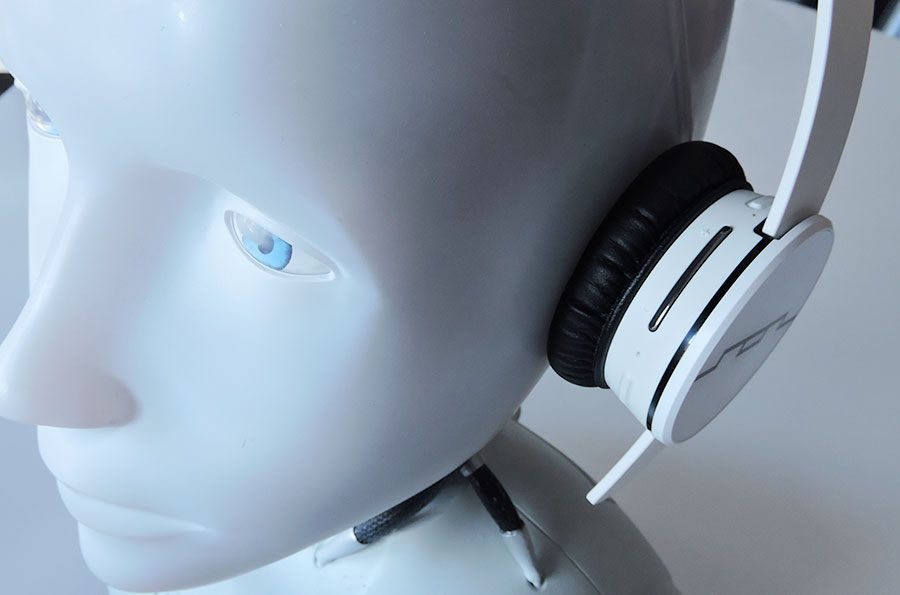 Good headphones often come with cables, but the world of Bluetooth fixes all of that, cutting the cords and letting you listen in cable free. Sol Republic’s Tracks Air plans to deliver just that with the help of Motorola, with cans that not only deliver decent audio, but a look you can change, too.

The headphones are the important section, and for these, Sol Republic is relying on 40mm speakers working with Sol’s A2 Sound Engines, which are apparently designed for wireless audio.

Because of that, you’ll find support for Bluetooth 3.0, with aptX support thrown in, and A2DP so you can talk using the microphone found in the headset.

Near-Field Communication (NFC) is also provided, making it one of those one-touch devices, if your mobile or tablet supports NFC, while the charge port utilises the international standard that is microUSB.

The battery inside is rated for up to 15 hours talk or music playback time, while the standby time is rated for closer to two weeks, or just over it at slightly under 16 days.

The headband is unique, too, because while it’s made of plastic, it includes metal grooves for the earphones to latch on to, which will transmit and share the power and audio between the earphones.

We’re all big listeners of music, especially now that it travels with us where ever we go, thanks to the smartphones, tablets, and media players of the world.

An interesting feature that Sol Republic has thrown in is the replaceable band, which appears to be a common inclusion in the Sol Republic Tracks headphones.

Essentially, the ear pads sit in their own enclosure as per usual, but can slide up and down the length of the plastic head band. This extended range of positioning also means you can slide the headphones off of the band altogether, picking a different band and replacing it with another colour.

There is a catch to this, however (you expect that, right?) with the Tracks Air needing a Tracks Air band to maintain its wireless connection.

A regular Tracks Remix headband will work, but only if you want to keep your Tracks Air ear pads wired to your phone, since only the Tracks Air headband has the metal lining to connect the two earphones together wirelessly.

That last part — the metal lining — is really the special sauce linking the two ear pads, as it allows the two ear pads to communicate, and seems to keep both powered too, which is handy to know, since you only need to charge one to make both parts work.

Once one of them is fully charged — that’s the right one — you can turn them both on, with the power button at the top of the right pad switching on both earphones, provided they’re both sitting on the band touching the metal contacts of the headband.

The moment you switch the Tracks Air on, a guy will come over the sound and tell you roughly how much time you have left of playback from the battery. “More than seven hours of play time,” our narrator spoke to our ears after the on sound effect chimed on, telling us we could keep that microUSB charge plug away from the headphones until later that night.

Pairing is next, and Near-Field Communication makes this a cinch if you have a compatible product. If not, it’s just the usual hold-down-power-button Bluetooth pairing process that the manual can also inform you of, or, alternatively, you can plug in the cord, providing you with sound without the use of a battery, which is particularly handy if you’ve forgotten to charge your headphones and they’ve run out of power.

But that’s difficult with the Tracks Air, which we’ll get to later on.

For now, let’s tackle the audio, because that’s the reason you buy headphones to begin with.

(To hear the music we test with, head to our Sound Test page to see the Spotify playlist.)

We started with electronic for this test, because the look of these headphones seems like it was intent for the urban traveller, and when that’s us, we like to hurry through town listening to fast paced music, so that made sense to us.

As such, we started with the Mirror’s Edge soundtrack and the “Introduction” to the title handled by Solar Fields, with its multiple overlapping synth sounds with pops, catering to all three areas, highs, mids, and lows, which were deep and balanced across all. Mooro’s “M66R6” kicked off the faster and bassy stuff for us, leading into a new appearance on the list — The Glitch Mob’s “Skullclub” — with the mids sitting over everything, but the bass booming in underneath everything alongside, which will make the energy freaks reliant on this type of balance happy.

Rock and pop next, and it’s clear these headphones are made for the more popular music styles of the modern age, with solid mids and highs here, and a strong bass that echoes alongside the vocals, guitars, and synth. This was noticeable in “Radioactive” from the Imagine Dragons and Muse’s “Supremacy”, as well as Closure In Moscow’s “A Night at the Spleen.”

Softer rock was just as good, a balanced sound from the Dave Matthews classic “Crush” with a little more edge applied on the classic track from the Stones, “Gimme Shelter.”

It would be hard to be unhappy listening to the quality of sound offered from these, to be frank, with a decent sound stage, even though it doesn’t quite have the detail of other high end headphones.