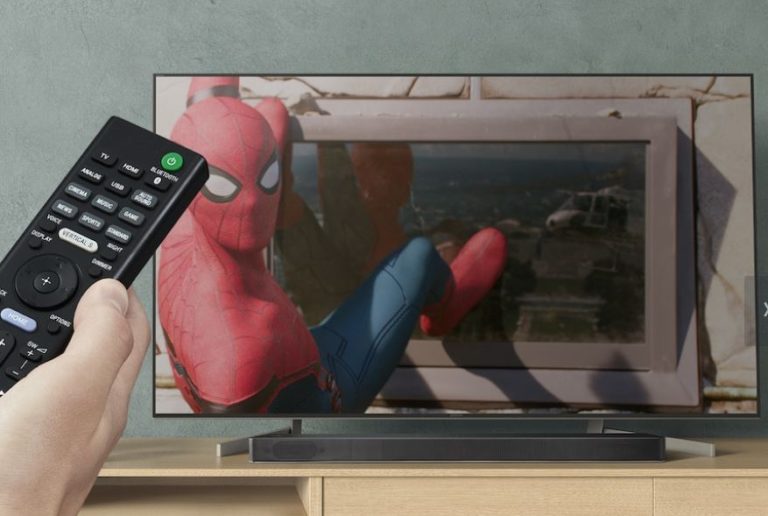 The Sony 2018 TV and AV range were recently showcased to media and retailers. While Sony gear is always good, the 2018 range reflects a change in the corporate giant’s thinking. For the better as consumers are winners.

Sony, in recent years, has been accused of ‘falling in love with its brand’ left behind by other more agile, innovative companies. The mantra ‘It’s a Sony’ failed to resonate with millennials.

I have seen quite a change since I started following Sony in 2013. A change that has seen it become more user and product focused and less self-important. It is humbler now. Sony, at least in Australia, has a heart and Millenials are loving the brand again.

Which is why the Sony 2018 TV and AV range is so important to the brand.

At the top is 4K OLED

GadgetGuy has an A8F OLED currently in review. We will update this article shortly. The first impression is a stunning TV with all the OLED benefits backed by excellent Sony electronics.

In the middle is 4K Ultra HD LED

Once we finish the OLED review, we will look at the UHD range. In launch demonstrations, the X85F was not far behind the OLED. The main difference is the LED versus OLED panel. Its LED is better in higher direct light viewing areas.

Soundbars now outsell AV receivers 20-to-1 according to our spies at JB Hi-Fi. “It’s a really hard sell to justify a separate amplifier, speakers and more when you can walk out of the store with a very good sound bar that needs no expertise to set up or use.”

New models for 2018 include

There still is a need for discrete home theatre AV amps – if only for 4K HDMI switching and real 5.1.2 and 7.1.2 Dolby Atmos sound. It is what I would buy if I were still an audiophile.

The amps are only part of the equation. Spending several thousand on a good set of speakers is easy.

We were impressed with the 2017 Sony Extra Bass speakers except for one minor issue. The inexperienced could introduce too much bass via the equaliser app. Sony has addressed that with a three pre-sets – Live, standard, and Extras Bass (as we recommended).

These are all Bluetooth, have rechargeable batteries, support Sony LDAC audio and the usual MP3 and AAC. They have LED lighting bars and speakers that can sync to your music. Party Booster allows for dozens of the SRS to act as one, or hook a pair up in stereo.

There are no new models at present. These ‘oversized out-there’ systems have flashing party lights and a funky industrial design that works from the man cave to the gym. These start at $399 and some models have HDMI ARC 4K passthrough to connect to a TV.

Sony released the award-winning WH-1000XM2 late last year so while not ‘new’ it is still the flagship. GadgetGuy reviewed these here. They have become our reference ANC headphones in 2018.

Sony has a huge range of on-ear and over-the-ear; ANC or normal; cabled or Bluetooth headphones for almost any need. Newer models will receive a firmware update for Google Assistant.

The WI-1000X in-ear version of the WH-1000XM2 is still current. GadgetGuy posed the question are these the World’s best ANC ear-buds.

These ‘splash proof’ buds are not all here yet.

Expect to hear more from him.

Sony has a huge range of mirror and mirrorless cameras and lenses.

It was a huge launch, yet it demonstrated a renewed focus on technology over the brand. We can’t review everything but look for our reviews of the OLED and 4K UHD TV’s and soundbars, new headphones and Extra Bass soon.

It is also nice to see some price adjustments to make Sony even more competitive again.