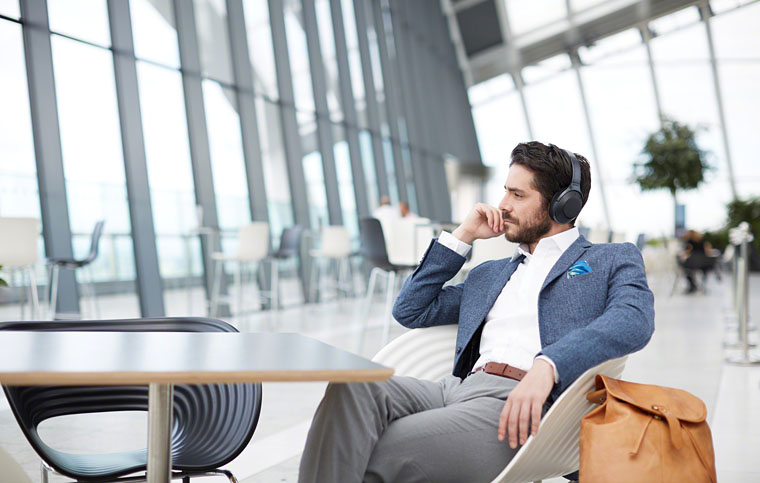 Everybody is familiar with Sony’s very large footprint in the home entertainment space, but less well known is that over the decades it has maintained a presence in the audiophile market, although not necessarily here in Australia. Lately much of its effort has been focused on high end personal audio, which is fitting since Sony kind of invented personal, portable audio with the Walkman more than 35 years ago.

“Balanced”? Normal headphone connections have one wire for the left, one for the right and a common “return” wire for both. Balanced ones have four cables, keeping the left and right signals entirely separate, and will typically have a “push-pull” amplifier section which makes both wires active.

Sony has provided pricing for only the headphone amp so far: $2899. This is not inexpensive kit.

And for audiophiles, I’ll just toss in a couple of figures that will knock you over. The NW-WM1A Walkman not only plays DSD and high resolution PCM, it plays QuadDSD (ie. 11.2MHz DSD), and PCM up to 32 bits and 384kHz sampling. And the frequency response of the MDR-Z1R headphones is specified at 4 hertz to 120,000 hertz (yes, one hundred and twenty thousand). If those figures mean nothing to you, don’t worry. Just be assured that they’re a big step up from most current generation audiophile gear.

For those after personal audio quality that’s a touch less stratospheric in pricing, Sony also showed off the MDR-1000X noise cancelling headphones ($699.95) and the NW-A35 ($349) and NW-A36HN ($449) Walkmans which are supplied with 16GB and 32GB of storage respectively, but can be expanded via microSD card. Sony says they’re good for up to 45 hours of music on a charge.

If loud and bold is more your style, Sony released three in-ear headphones and one speaker from its “Extra Bass” series. The earphones are all wireless models and range in price from $129.95 up to $229.95. The GTK-XB5 audio system has a suggested price of $349.

Finally from Sony are two new action cams which feature “Balanced Optical SteadyShot” image stabilisation, wide angle Zeiss Tessar lenses, Sony’s Exmor R CMOS sensors and BIONZ X video processing. Best of all is they have lots of resolution. The full HD HDR-AS300 will be selling for $499, while the FDR-X3000 with 4K resolution will sell for $649.

Apple is probably the most famous “design” company in the technology world, but Bang & Olufsen were doing “design” back when Wozniak was still soldering motherboards in his garage. Once I glanced through the specifications of a Band & Olufsen product in its manual and the first item wasn’t power output, weight or dimensions. It was the name of the designer.

In keeping with that ethos, it isn’t surprising that the three products announced at IFA Berlin this year are wonderfully stylish.

First, there is the BeoVision 4K Ultra Horizon TV. Designed by Torsten Valeur, B&O says that it’s “a classic Bang & Olufsen TV stripped of anything superfluous” and that the “uncompromising minimalism makes it blend in and complement any interior or stand out with prominence.”

Design isn’t cheap. The TV will be available in Australia from late September for $5950 for the 40 inch model, and $8450 for the 48 inch model, exclusively at Bang & Olufsen stores.

There were also two new wireless speakers shown off. The Beosound 1 and Beosound 2 are both 360 degree speakers, sending sound in all directions using B&O’s Acoustic Lens Technology.

The smaller Beosound 1 can be battery operated (up to 16 hours on a charge) while the Beosound 2 requires a power point. Both feature aluminium enclosures and have built in proximity sensors so that the touch sensitive top panel swings around to present the controls the right way to you on your approach.

The Beosound 1 and Beosound 2 are also available exclusively from B&O stores from this month and cost $1950 and $2475 respectively.