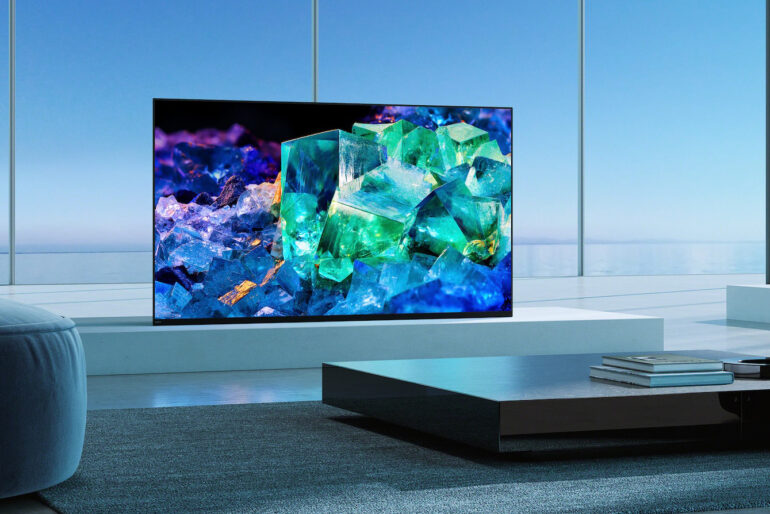 Sony’s Bravia XR TV range 2022 introduces a slew of exciting features, with the powerful Cognitive Processor XR taking centre stage. It represents something of a return to strength for Sony, which uses display panels from other manufacturers (Samsung and LG) but differentiates with advanced image processing technology that leverages its broad experience in film making (Sony Pictures).

Cognitive Processor XR is the power behind XR Backlight Master Drive in Sony’s Master Series Z9K and X95K Mini LED TVs. This offers more precise control over the TV’s millions of LEDs, for incredible brightness with almost no flare around highlights. It also claims to reduce the visibility of Mini LED zones which can make the edges of an image appear blocky.

Other highlights of the Sony’s 2022 XR Series TVs include:

Acoustic Surface Audio+™ for OLED models and Acoustic Multi-Audio™ for LED models uses multiple speakers around the screen to precisely match the position of the sound with the images on the screen.

Netflix Adaptive Calibrated Mode which automatically adjusts image processing based on ambient light, so favourite shows and films look like the creator intended, under any conditions.

BRAVIA CAM recognises where you are are sitting and optimises the picture and sound accordingly.

Google TV brings together more than 1000s of movies, shows, live TV and more from apps and subscriptions and organises seamlessly. Receive personalised recommendations and bookmark shows and movies to a single Watchlist, which you can access on compatible phones and laptops.

Premium Remote: Simplified buttons and a backlight make it easy to see everything clearly, even in the dark. A clever Finder function allows you to tell the TV to find the remote and the remote will ring.

A software update for Sony’s flagship HT-A7000 and HT-A5000 soundbars will add the 360 Spatial Sound Mapping that first appeared in its impressive HT-A9 home theatre system. You can experience the feature by connecting the soundbar to the current SA-RS3S model wireless rear speakers, or hold out for the forthcoming SA-RS5 wireless rear speakers.

Available in July 2022, the 2x 90 watts speakers integrate up-firing drivers and are battery or mains powered. Battery operation allows the speakers to be moved to rooms where there is a compatible soundbar, and just ten minutes of charge can provide 90 minutes of use, according to Sony. Pricing will be confirmed closer to launch.

Sony’s 360 Spatial Sound Mapping technology “allows you to feel sound from every direction and distance,” according to the company. The soundbar’s built-in microphones work with Sound Field Optimisation to measure the relative height and position of the soundbar and rear speakers. Then, 360 Spatial Sound Mapping uses that positional information to synthesise soundwaves and create multiple phantom speakers.

The result is, according to Sony, “a wide spatial sound field [that] fills every part of the living space, so everyone gets the same sound experience, wherever they are in the room”.