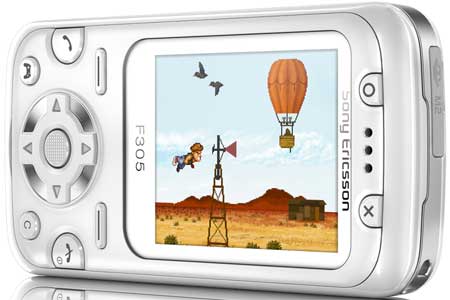 While the mobile phone gaming market is relatively healthy, its history is littered with companies who have tried to jump on the games bandwagon with limited success and sometimes tragic results. Perhaps the most notable was Nokia and its N-Gage games orientated phones that crashed and burned after a short time on the market.

That said, according the US market research company iSuppli, the number of mobile-gaming users worldwide will increase threefold during the next three years, reaching 134 million users a month by 2011, up from 38 million users in 2005.

As the number of users grows, more and higher-quality games will be made available from publishers. With mobile-phone gaming revenues rising by a staggering 80%, game publishers are now creating game titles specifically designed for handsets, thus providing a much better experience for users.

With expanding usage, global mobile gaming revenue is also set to grow to $6.49 billion by 2011, driven by heavy adoption of gaming-capable wireless handsets and services, primarily in China and India, iSuppli forecasts.

Based on these numbers there are now several mobile phone manufacturers keen to attack this market head on. At CommunicaAsia in Singapore, Sony Ericsson announced the release of its F305 mobile phone – a phone with a real ‘twist’. The sexily named F305 uses what Sony Ericsson call “Motion Gaming”. In addition to conventional horizontal gameplay and dedicated gaming controls – to let you control the action the way gamers are used to – the F305 lets the user control a game with a Nintendo Wii-style swing or a swipe of the phone.

According to Sony Ericsson it has placed gaming at the heart of one of its latest phone releases. Targeted firmly at a youthful audience, the F305 with Motion Gaming lets you control games with the flick of a wrist or the swing of an arm, and then see the results straightaway on the screen. Using advanced motion sensor technology, the phone can, for example, follow your actions to imitate bowling or casting a fishing line.

The F305 offers a full gaming experience with stereo speakers, which also come in handy for sharing the latest track on the media player. Add a 2.0-inch screen into this pocket-sized slider phone and the F305 takes playing games on a mobile to a whole new level.

To complement the F305 there is also now a handy new accessory available for the serious gamer. Although the F305 gives you up to 8 hours of gameplay, there is now a back-up with the Power Pack (CPP-100).

The F305 is about more than just gaming. Slide it open and find it packed with the latest Sony Ericsson features. Never miss a fun or unexpected moment with the phones 2.0 megapixel camera. Share your photos or music with friends via Bluetooth or Memory Stick Micro (M2).