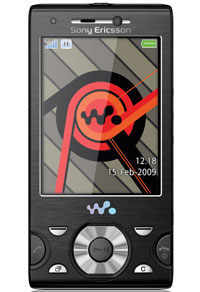 Sony Ericsson has been running two lines of mobiles for a while now – the music-centric Walkman mobiles and the camera-centric Cybershot devices. While there have been some decent cameras on Walkman phones and vice-versa, the W995 really seems to be the first Walkman-branded Sony Ericsson with a real heavyweight 8.1 megapixel camera with flash – everything except the Cybershot tag, really. So does the W995 mean we’re getting the best of both worlds – or just the bits of both worlds?

The W995 really is one of the more high-spec Sony Ericsson devices on the market. While the menus and generally appearance appear to mimic other low or mid-ramge Sony Ericssons, the W995 really feels like it has more grunt. Media menus load faster, scrolling through your music collection is a cinch – unlike cheaper models which take forever to load up and stall while scrolling.

The most prominent feature is the W995’s 8.1 megapixel camera – pretty much as good as it gets on a mobile. The flash is only LED, a step down from the Xenon flashes seen on top-end camera phones, but still works with decent results on low light or no light. The camera comes with a slew of handy features too: 16x digital zoom (not that avid photographers would ever use digital zoom), image stabiliser, geo tagging, smile detection, ‘Best Pic’ (which takes a string of pictures and lets you choose the best one), panorama mode, and video recording.

Overall camera performance is better than the majority of camera phones but isn’t perfect – the flash doesn’t have the power for anything more than close shots and while 8.1MP will give you big photos, the quality is a bit of a let-down.

Media-wise, the W995’s Walkman features are everything you’d expect. Music and video playback can be navigated from three dedicated media buttons of the side of the device, and the on-screen menus are simple enough but uninspiring. Unfortunately, Sony Ericsson has used the same menus without a significant overhaul for years now and they’re looking dated, especially when compared to gorgeous media phones like the Apple iPhone or LG’s touchscreen range. Video playback is equally plain – the W995’s small screen offers dull quality, and I can’t imagine ever using the flip-out desk stand on the back of the phone to watch a movie. Shamefully, the W995 doesn’t support DivX, Xvid, or WMV video formats – but the bundled Media Go PC software will convert your video files into the required MP4 format for you.

The in-built location services software does put the W995 above most competitors. Google Maps is still the most on-mobile maps program around, and you also get Wayfinder Navigator software included – but you’ll have to pay a fee to use it, like navigation software on most other devices.

The W995’s features and price tag put it up against some really slick smartphones. If the camera grabs your attention, look at competition from LG’s Viewty or Renoir, even Samsung’s UltraTouch comes with an 8.0 megapixel snapper. If it’s the Walkman/media player you’re attracted to, the Apple iPhone is about as good as it gets for music and video but it’s not difficult to find music and video playback in any device in this price range really.

Overall, the W995 is a very good phone in its own right. The 8.1MP camera puts it up against the best camera phones in the market, and in-built GPS is another attractive feature. But when you put it against the competition in its price range, you’re likely to find much better features in other devices – the W995 lacks a decent web browser, lacks usable email, lacks the big touchscreen which is common in its rivals.

If you’re a big Sony Ericsson fan, this device is one of the company’s best – but you’d be very wise to shop around the other brands before paying for the W995.