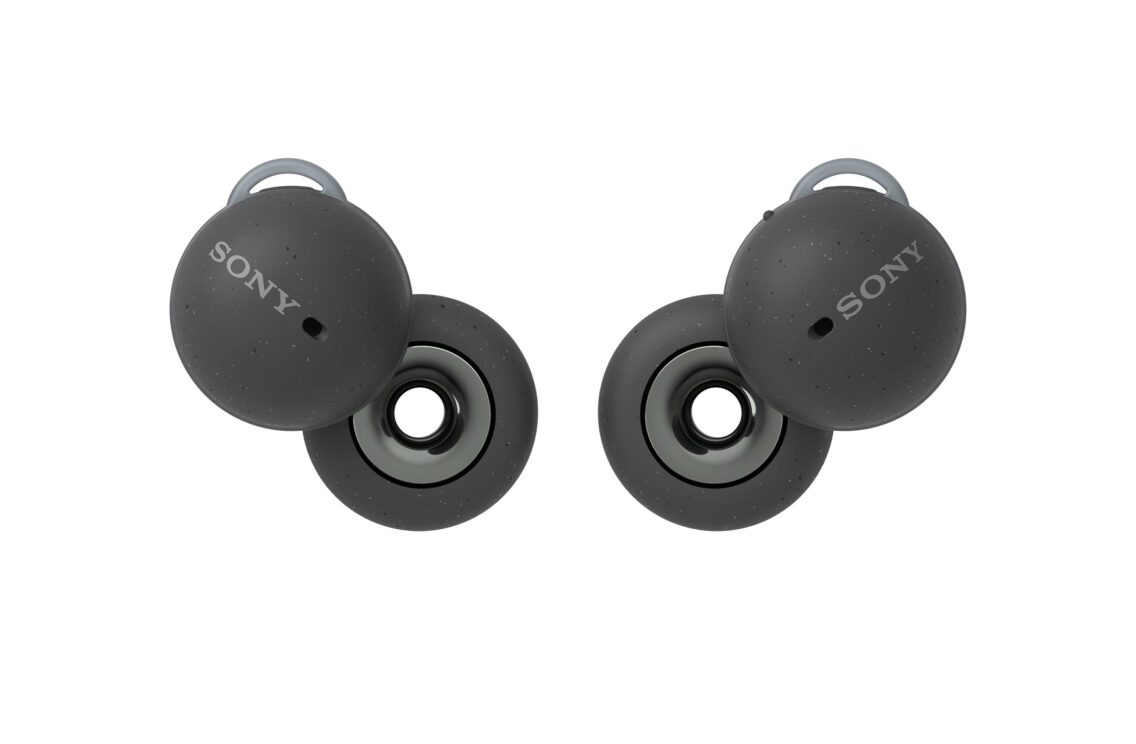 In a market saturated with wireless earbuds, you have to do something pretty different to stand out. Cue the LinkBuds from Sony, which boast a unique open ring design that puts a literal hole in the middle of the driver, leaving your ear canals free to hear your environment while you enjoy music and take calls. They also happen to be one of the smallest earbuds to date with a rather ingenious control system for adjusting music playback. So how do they fare?

Sony’s design choices centre around making a pair of in-ear wireless buds that don’t block you off from the outside world while also being comfortable enough to wear all day.

Wireless earbuds typically come in two different flavours: ‘AirPods-style’ with protruding stems or ‘button-style’ with rounded, self-contained housings. Both seal your ear canal with silicone or foam tips and some provide active noise cancellation to block out your surroundings.

The LinkBuds don’t adhere to any of those conventions. Instead Sony has opted for a unique figure eight design consisting of a ring shaped driver that sits next to your ear canal with the larger spherical housing placed higher up against your cartilage. This is all held in place by rubber fins. The ring driver means your ear canal is never blocked or sealed, allowing sound from the outside world to come through naturally.

LinkBuds are an all plastic affair, with each earbud weighing only 4 grams. Sony includes five different sizes of fins in the box and it might take a bit of trial and error before you find the right size.

In my case, I found the ‘extra small’ was the most comfortable for my left ear while going up to the ‘small’ size worked best for my right ear. The nice thing is that unlike some other open back wireless earbuds, LinkBuds have a reasonably sized sweet spot so you don’t have to worry about the sound quality getting destroyed when making micro adjustments in your ears.

As is the case with any earbuds, the comfort and fit will vary from person to person. Most earbuds that I’ve tested either don’t stay in my ears or get uncomfortable after an hour or two. LinkBuds are not only the most comfortable pair of earbuds I’ve tried to date but they also stayed in my ears regardless of whether I was running or chewing food.

I was less than impressed with the case design which is next to impossible to open with one hand and is bulkier than the AirPods case, causing it to stick out more in my jeans pocket.

Despite coming in at almost half the size and weight of Sony’s impressive ANC enabled earbuds, the WF-1000XM4’s, LinkBuds still manage to squeeze in drivers that are almost double the size. So how do they sound?

LinkBuds come with all the benefits and drawbacks that normally come with open-back designs. You get a more airy and wider soundstage with a greater sense of separation between instruments and vocals. The clarity and detail is solid with an energetic sound signature and the unsealed design of the LinkBuds means minimal ear fatigue either. You even have access to a customisable equaliser via Sony’s Headphones app.

However, this all comes at the cost of bass, with the LinkBuds being almost devoid of any low-end response. Whether you’re listening to Hip-Hop, R&B or EDM, the sub-bass is more implied than delivered, which is a real shame.

The open design also means that anything higher than 50 percent volume will be audible to others around you. Also, as the LinkBuds let in more outside noise, I did need to increase the volume levels beyond what I would normally listen to, especially when outdoors with traffic zooming by.

There is an ‘adaptive volume control’ feature that will attempt to adjust the volume automatically based on your surroundings but I found it to be a bit too temperamental in practice. LinkBuds also come with a speak to chat feature which can automatically pause your music for a short interval whenever the earbuds detect that you’re talking. It works really well and you can customise the length of the pause via Sony’s Headphones app.

Voice call quality is surprisingly good, with Zoom calls and regular voice calls sounding better than the pricier 1000XM4’s and on par with Apple’s AirPods.

Connectivity comes courtesy of Bluetooth 5.2. Android users can take advantage of Fast Pair for rapid connections with their devices, and the same goes for Windows users via Swift Pair. Unfortunately, the LinkBuds lack multipoint support so you’re still limited to one Bluetooth connection at a time.

The connectivity was mostly good but I found the range to be shorter than some other wireless earbuds such as Samsung’s Galaxy Buds Pro and Apple’s AirPods.

The LinkBuds uses a clever control system where instead of tapping on the earpieces themselves, you simply tap gently on the side of your face to pause music, change tracks and adjust the volume. Single taps do nothing, presumably to prevent false gestures so you’ll mostly be limited to double and triple taps.

Although somewhat awkward at first, tapping my sideburns to control music and answer phone calls soon felt natural with the LinkBuds responding quickly and accurately.

The battery life of the LinkBuds tops out at 17.5 hours – that’s 5.5 hours from the earbuds and a further 12 hours from the charging case. Having certain features enabled such as Sony’s DSEE, which improves the sound quality of highly compressed audio files, will deplete the battery even quicker.

That’s a little disappointing for something that’s designed to be worn all day, but a fairly standard runtime for a pair of truly wireless earbuds. There’s support for fast charging, with a ten minute charge giving you 1.5 hours of playback, however, there’s no wireless charging, which is a notable omission at this price point.

Sony’s LinkBuds represent a fresh take in a category overrun with options. If you don’t like the sealed and compressed feel you get with traditional wireless earbuds and if fit and comfort are important to you, then the LinkBuds should be at the top of your list. The unique open design of the LinkBuds means they let in more outside noise, making it ideal for when you need to be connected with what’s going on around you, such as in an office or while running outdoors.

However, the anaemic bass response is likely to put a lot of people off and the noticeable sound leakage may irritate anyone in your immediate vicinity. The lack of any active or passive noise cancellation also makes it an unsuitable option for travel, particularly on planes where the engine noise will drown the LinkBuds audio out completely.

Coupled with a high price tag of $319 as well as the fact that better sounding and more feature rich alternatives can be had for less, the LinkBuds’s have a fairly narrow, specialist appeal.

Sony LinkBuds
The LinkBuds are a solid start but they need some iteration before they can be recommended to most people.
Features
6.8
Value for money
6
Performance
7
Ease of use
8
Design
8
Positives
Unique open design allows you to listen to music while keeping you connected to your surroundings
Comfortable enough to wear all day
Wide soundstage with good clarity of details
Clever controls
Negatives
Little to no low end
No active or passive noise cancellation
Pricey at $319
Sound leakage an issue
No wireless charging
7