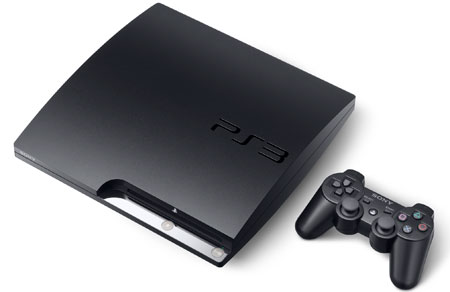 Despite its actual performance, its lineup of games, the extra tricks it does, no console in history has been as maligned as Sony’s PlayStation 3. Too big, too loud, too expensive – the list of perceived wrongs is long and shrilly declaimed by a surprisingly large number of fervent online Sony-haters.

This then is Sony’s response: a slimmer device that does everything the original does, at a price-point that, while still premium, at least makes it affordable for a larger number of gamers.

But if you already own a PS3, is there any reason to upgrade?

More than just a games console, the PS3 Slim is – like its fatter predecessor – both a high-definintion video player and media server. The internal 120GB hard drive allows the user to store music, videos and images in a wide (if not exhaustive) range of formats, and the Blu-ray optical drive opens up the world of disc-based 1080p entertainment.

It’s a compelling package: there are very few Blu-ray Live capable players on the market for much less than $499, and of course the PS3 plays games and enables online interaction as well.

While the PS3 Slim comes with a composite video cable and supports component output with a separate proprietary cable, really the only way to use it is with HDMI. It now supports full HDMI 1.3 and Consumer Electronics Control, so you can navigate the PS3’s interface using the remote from your Sony TV using Bravia Sync – obviously off-brand TVs and AV receivers can’t control the Slim.

Supported video, audio and image formats cover most of the important bases, including AVCHD for high-def footage straight from an HD video camera, DivX from online, and H.264.

Audio output is up to 7.1 channels and you can now upsample audio stored on the internal hard drive to 88.2kHz or 176.4kHz.

All the other good stuff remains: DVD upsampling, the PlayStation Store for all your trailers, demos, themes and other fripperies, an increasingly sophisticated photo album system… and oh yes, you can still buy games to play on it, if that’s what you’re into.

The first thing that’s noticeable about the PS3 Slim is the sound: it’s a much quieter device than its bigger brother. Especially once you’ve had a Blu-ray movie running for forty minutes or so, the lack of howling cooling fans is most welcome.

You’ve probably seen or heard reports that the PS3 Slim is SLOWER than the previous PS3. That’s true, but only by the merest of seconds. Blu-ray playback takes very slightly longer to start once you hit play – the extra delay is easily worth the smaller, quieter and less-garish form factor.

A note on Bravia Sync: using your TV’s remote to control the PS3 isn’t as awesome as you might think, because the remote doesn’t have all the necessary buttons to navigate the PlayStation Store and other parts of the interface.

However, your TV’s remote is great for watching Blu-ray, as the PS3’s dedicated media remote is still an optional ($50!) accessory.

This is a solid improvement on the previous PS3: smaller, quieter, and more able to integrate with a rack of black AV equipment. Yes, the 120GB hard drive isn’t that impressive in these days of 1TB models, but you can still swap-in a bigger drive if you want one.

The PlayStation 3 remains a compact and full-featured high-definition entertainment system. Think of it as a well-built Blu-ray player that also plays a bunch of pretty good games, and it’s easy to see the value at this price.

This marks our 3rd review now of the PlayStation 3. See below for links to the first 2 reviews:

PlayStation 3, as reviewed on its release in 2006