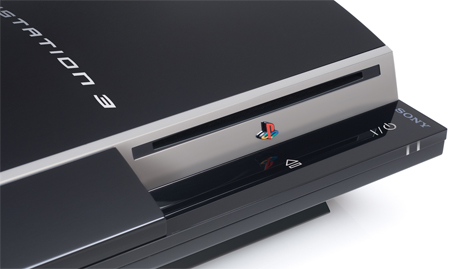 NOTE: We reviewed the PlayStation 3 back when it was released – this review looks at the PS3 purely as a Blu-ray player.

If Blu-ray is a success, it owes its largely to one product: the Sony PlayStation 3 (PS3). Blu-ray and HD DVD were slugging it out for dominance in the high definition disc stakes, but once people started to examine disc sales, it was clear Blu-ray was winning. The reason was that while special purpose Blu-ray and HD DVD player sales were in the tens of thousands, Playstation3 sales were in the millions.

And the PlayStation 3 plays Blu-ray discs. Furthermore, the PS3 was for a while the lowest cost Blu-ray player available.

A couple of years on, let’s see how it stacks up.

Except for one thing, the PS3 will do everything (and more) that a stand-alone Blu-ray player will do. It supports BonusView picture-in-picture functions and BD-Live for internet-enabled additions for some Blu-ray discs. In fact, it had these before any other players on the market.

While other players give you a quarter-gigabyte of built-in ‘persistent storage’, or provide a USB port (SD in the case of Panasonic and Yamaha) for a flash memory card, the PS3 gives you 80GB of hard disk storage. Download all the movie trailers you like; it’s going to take while to exhaust that space.

The one significant omission concerns output handling. Out of the box you get HDMI, composite video, stereo audio and optical digital audio. For me HDMI is plenty. If you don’t have HDMI, then composite video is the lowest of low quality. So you will need to fork out for an optional component video cable.

One other thing: if you are planning to watch a significant number of Blu-ray discs (or DVDs), consider purchasing the optional Blu-ray remote control. This is far easier to use than the regular games controller, even supplemented by the pop-up onscreen ‘options’.

The first thing to remember about the PS3 is that it is designed for one main purpose: to play games. So it might be tempting to think that it would be a second-rate Blu-ray player.

That would be wrong. All Blu-ray players are effectively computers with Blu-ray disc drives, so the high powered games CPU in the PS3 does a good job. An excellent job, in fact. This unit was for a long time the fastest of all Blu-ray players, and has only just lately been beaten for speed by LG’s standalone Blu-ray players. Most of the others remain much slower.

It also has no limits on controlling a Blu-ray disc. You can step forwards and backwards through frames, slo-mo both ways, do A-B or other repeats. Most other Blu-ray players approach their tasks tentatively. The PS3 takes command of the job.

The only addition I would like here is a fast-reverse speed between the current 1x (too slow) and 10x (too fast).

I did not test the component video output but stuck with HDMI. The picture quality with HDMI is basically about as good as any of the dozen other Blu-ray players I’ve had installed.

Since round about firmware 2.30, the unit has had full decoding for all the new Blu-ray audio standards, including DTS-HD Master Audio. If your receiver accepts PCM sound over HDMI, you can get a full 7.1 channel experience from some discs. If it doesn’t, lacking multichannel analog outputs, you will need to make use of the lower 5.1 channel quality from the optical digital audio output. What it will not do is deliver the new audio standards as bitstreams for decoding in your shiny new home theatre receiver.

If you have a good sound system, do take a moment when setting up to find the Dynamic Range Control setting in the PS3’s audio menu and changing it from the default of ‘Auto’ to ‘Off’. Dolby TrueHD supports this ‘Auto’ function and consequently often has its dynamic range deadened.

I have dedicated Blu-ray players running through here all the time, but I frequently use the PS3 in preference to any of them because of the authority it takes over the discs.

And one thing you can be certain of: all Blu-ray discs will work in a PS3, because the PS3 is the main test-bed used by Blu-ray disc authors.

Overall
Features
Value for money
Performance
Ease of Use
Reader Rating0 Votes
Full support for all Blu-ray functions including BD-Live; Fully decodes all Blu-ray sound standards; Fast operation
Will not feed new audio standards as bitstreams to external decoder; Cooling fan can be noisy in some circumstances
4