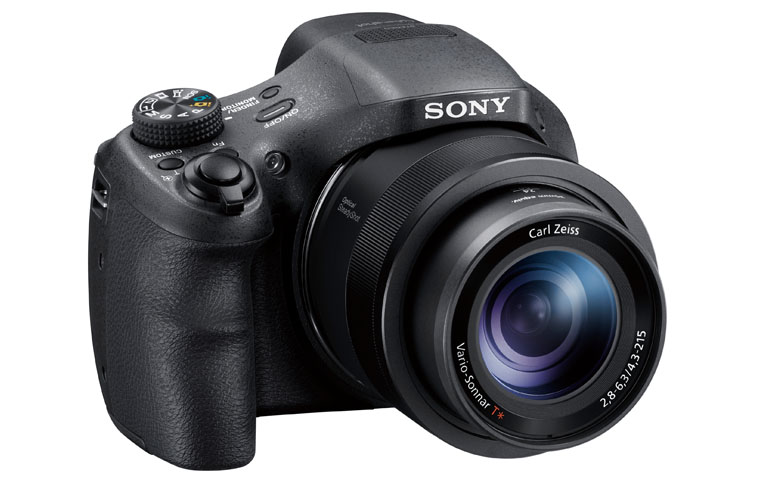 I’m sure we’ve all seen that Youtube video of a super long zoom camera on a tripod, starting with a widish shot of a country forrest and the sky, and then zooming relentlessly towards the moon. It’s astonishing. I for one kept expecting the zoom to stop and the moon to remain a small object in the sky. Instead, the zoom continued smoothly until the moon fill a large chunk of the frame, visibly moving across it as it orbits the earth. That camera has an 83x optical zoom

Lately I’ve been carrying around a camera with a 20x optical zoom camera for which a review will appear here in the next couple of weeks. And earlier today I was marvelling how I could get a clear shot of a Rosella with such a camera.

Well, Sony has one that splits the difference. The about to appear Sony Cybershot HX350 is a kind-of compact camera with a 50x optical zoom. (And a 100x “Clear Image Zoom”, which I take to mean a 2x digital zoom, added to the optical zoom, and which I don’t count.) In terms of 35mm equivalency, the zoom range is from a decently wide angle 24mm to a super telephoto 1200mm. At full zoom you’ll probably require a tripod to avoid shake, but the camera helps as much as it can with the “Optical SteadyShot” optical stabiliser.

All that lens isn’t much use unless there are plenty of pixels to capture the image. This camera uses an Exmor R CMOS sensor with 20.4 megapixels, with the sensor “back-illuminated”. I explain that last term more in this review of the Sony Alpha 7R II camera, but, briefly, it means that the sensor is turned around so that the sensitive element receives the light more directly than with conventional sensors, increasing its sensitivity. Which is good stuff.

There are photographic enthusiast features as well. In addition to lots of automatic functions, there are manual ones, such as manual focus (trying to focus on the bird on a branch, rather than the leaves around it, can be frustrating with automatic focus). There’s also program mode, and aperture priority, shutter priority and manual exposure options.

Video up to full HD at 24 frames per second is available.

In addition to the rear 75mm LCD rear screen – one that can tilt to help you frame shots taken from unusual positions – there’s an electronic viewfinder for use in the same manner as an optical viewfinder.

I had planned on saying how much the camera sells for, but it’s due to be for sale “from February 2017 onwards” and despite my enquiries with Sony, no price is yet available. They would offer “$500 to $700” so I guess there’s that.