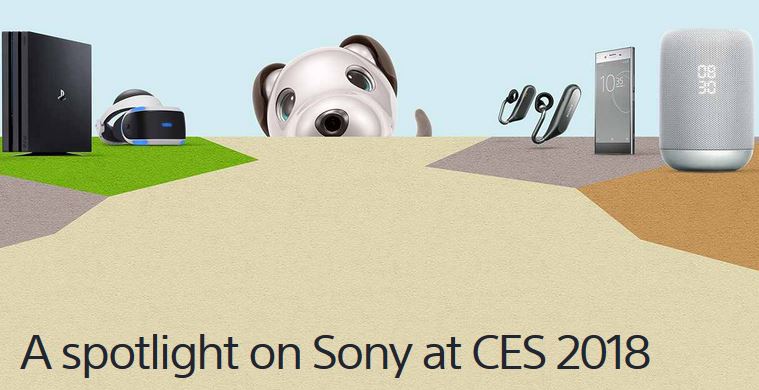 If you are keen you can read up on all the releases here but following is GadgetGuy’s summary of the devices that will reach Australia. Web links to Sony Asia are noted as Australia should, but may not get the same specifications.

GadgetGuy could (and does) wax lyrical about OLED screens (black blacks, infinite contrast, vibrant, accurate colours, HDR10, Dolby Vision, etc.) it is what Sony do with the panel, electronics and Android TV operating system that make the AF8 stand out.

Available in 55 and 65” sizes it features the X1 Extreme processor for smooth motion, accurate rendering, TRILUMINOUS colour processing and an acoustic screen where the sound comes out of the screen surface (but hey you will be buying a sound bar or AV receiver – right?).

The X85F (Asian site) has slightly lower specified adds an 85” panel to the range.

No matter what your budget Sony has a large range of OLED and LED TVs to cover most bases. Note that the letter F at the end of the model number denotes a 2018 model.

Dolby Atmos creates a soundscape that fills the room coming from left, right, rear and overhead. More and more movies, games and TV shows are using this format.

Having heard Sony’s 2017 model sound bars all it needed was Dolby Atmos to round out its premium sound quality offerings.

The UBP-X700 (Asian site) is a Dolby Atmos enabled, 4K Ultra HD, HRD10, Dolby Vision Blu-ray (and DVD/CD) player that also supports a full range of Dolby sound up to 7.1 channels. It’s the Swiss army knife of players offering one of the widest ranges of format and content playback.

It has one of the nicest user interfaces and allows streaming from many third-party content providers.

The STR-DH790 AV receiver (Asian site) has full Dolby Atmos, and 4K HDR/Dolby Vision pass through with support for all Dolby formats up to 7.2 channels and 145W sound output. Add to that four HDMI inputs and one HDMI ARC output as well as a plethora of other terminals, and it’s a very flexible receiver that you can hook up Foxtel, a set-top-box, Sony Play Station, Streaming TV, DVD and more.

There is a slightly lower specified 5.2 channel STR-DH590 (Asian site) as well.

The  Dolby Atmos-enabled up-firing speakers SS-SCE (Asian site) are designed to be added to any Dolby Atmos-enabled AV system and are usually placed at the front on top of existing column speakers. Each speaker (you need two) has a 100W rating and 70-32,000Hz frequency response.

Sony has always had an audiophile reputation for top-drawer sound and great quality.

Extra Bass speakers are designed to deliver deep and punchy bass to match bass heavy music including popular music genres such as EDM, grime and hip-hop. LIVE SOUND mode will make you feel as if you are in the middle of a music festival thanks to the use of a new DSP (Digital Signal Processor). With the mode on, you can feel sound spreading both vertically and horizontally.

They are IP67 rated, can be Bluetooth 4.2 paired (2.0) or party chained (up to 100 speakers) and have long battery life. Don’t forget the light show as well as inbuilt LED and flashing strobe-effect lights.