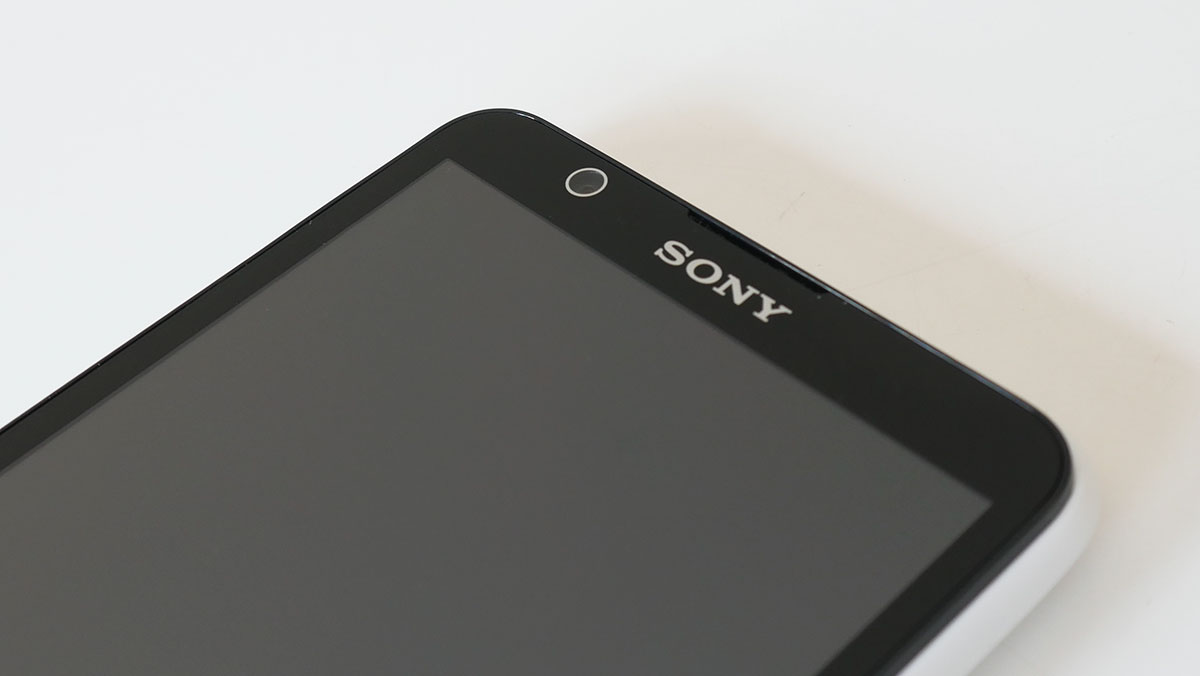 We’ve seen good phones out of Sony in the past couple of years, but generally in the flagship field, so what sort of handset does Sony produce when it makes it to a budget?

A slightly different style of device from Sony, the “E” series of products are a little more budget focused than the usual mid-range to top-tier products we normally see.

This phone, the E4, tries to evade the whole entry-level look and feel by throwing the sum of its parts (and indeed the parts themselves) under a 5 inch In-Plane Switching (IPS) display, complete with a degree of scratch-resistant glass.

Despite being 5 inches, you’ll find only a quarter-HD (qHD) resolution of 960×540 here, providing a pixel clarity of roughly 220 pixels per inch, approximately 100 lower than what the iPhone 5 and 6 offer in their respective “Retina” grade panels.

Under this 5 inch display, you’ll find a combination of parts, including a not-so-common-in-these-parts Mediatek MT6582 quad-core 1.3GHz processor, 1GB RAM, with 8GB storage and a microSD card slot to expand this.

Google’s Android 4.4 “KitKat” runs on this phone natively, and you’ll find the connections on this handset are fairly low-end, with 802.11b/g/n WiFi, Bluetooth 4.1 with A2DP and aptX, GPS, and 3G connectivity.

Wired connectivity is pretty standard, too, with a microUSB charge and data transfer port found on the very left of the unit, as well as a 3.5mm headset jack up top on the right.

Two cameras can be found on this phone, a change for the typical one camera solution most budget phones receive, with the Sony Xperia E4 receiving a 5 megapixel camera with flash on the back, as well as a 2 megapixel camera on the front.

Few buttons can be found on this phone, however, with merely a physical circular power button on the right edge, just above a volume rocker. The rest of the buttons can be found built into the screen with the software, as is typical with Sony’s previous implementations of Android, providing the soft buttons for back, home, and multitasking through the screen itself.

The battery is built into the body of this phone and is rated at 2300mAh.

Sony’s take on mobile phones has been getting stronger lately, and last year we even saw one of its phones take out our favourite device of the year in the Xperia Z3.

Flagship phones aren’t all the company wants to be known for, though, and with the E series, we’re seeing Sony try for the “entry-level” part of the market, telling us what the “E” stands for.

If you can believe it, we’re actually up to a fourth-generation product in the E4, even though it has only been a few years since Sony has been dabbling with this product line-up.

Granted, we haven’t reviewed one of these models before, but if you look at the design, the features, and that look and feel of the Android overlay, it’s clear that Sony is gradually trickling down its take on what a mobile should be from its current Xperia range, resulting in this budget model.

Pick up that budget model and you’ll find a phone that feels more like one of the early Nokia Lumia models than something with the Sony name we’re used to. There are no slick edges, no feeling of this being a monolithic rectangular brick, with that design traded in for a curvy rectangular pillow made to nestle with your fingers and palm.

It’s clear this is plastic, though it’s a little strange this design, as the soft plastic edges curve from the back to the front, ending with slightly sharp segmented angles on the glass. You get used to it, sure, but it’s a design that doesn’t quite work and feels a little odd in the hands.

Switch the phone on and you’ll find the 5 inch display light up, the colourful IPS screen providing a surprising amount of brightness for a low-end phone.

It won’t blow your eyelids off in much the same way as Samsung’s Galaxy S6 or LG’s G4 — different classes of phone, after all — but it offers an automatic brightness mode, and will provide a decent viewing from several angles, though the brightness does appear a bit dim at these angles.

Viewing in sunlight could do with some work, so we’d seek out some shade before sending a message to a friend, but indoors, you should be fine.

Using the phone is pretty much just like any other Sony phone, with a look blending that of Google’s Android and that of the Sony PlayStation, with the wave effect appearing on the background, relatively flat icons, and the typical Android staples of several widgetised home screens, a dropdown notification bar divided into notifications and settings, and an app menu where you can reorder or uninstall apps fairly easily.

Android’s soft buttons are built into the screen, and if you’re expecting these built into the body like they still are on Samsung phones, that’s not the case here, with digital representations that change depending on the app you’re using, which is pretty much the style of the operating system Google tends to prefer in devices.

Two cameras are here, which you’ll have noticed from our spec round up in the features section, and while they’re not the best cameras in the world, and certainly won’t replace a compact you might still take with you, they are surprisingly better than the cameras we see in most phones under $150.

You need to remember that Sony’s Xperia E4 is a $129 phone in Australia, and for that sort of cash, you’ll find a 5 megapixel camera with flash on the back.

Despite 5 megapixels sounding decent — it wasn’t too long ago that the iPhone featured one of these — it’s really the software that makes this one shine, with much the same support for intelligent scene shooting, augmented reality, and downloadable camera modes as the other Xperia phones found here, including the Z3 and Z3 Compact.