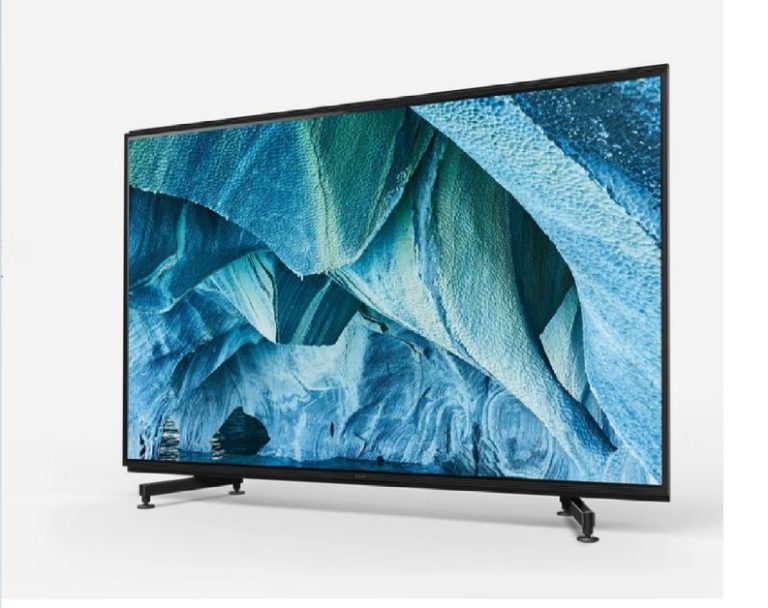 The Sony Z9G 8K Master Series LED/LCD TV is its offering in the 8K space. GadgetGuy had a first look at the huge 85-inch TV.

While GadgetGuy still has misgivings about 8K TVs (and you should not rush in to buy one) the Sony Z9G 8K Master Series is impressive. And it is not just for its enormous 85-inch screen but for its impressive 8K upscaling and picture quality.

So with the caveat that we don’t have the test equipment (yet) to really understand the various technologies behind all the 8K screen types, here is a brief first look.

It is big – very big – and that must be prime purchase consideration. While Aussies now buy more 65-inch 4K TVs, I am not so sure that an extra 20-inches, nor the price, will be something we all aspire to.

Upscale – everything is upscaled to 8K at present

It was sitting beside the A9G 65-inch 4K Master Series (GadgetGuy review here) and we could see the same images upscaled on each – native 4K and 8K.

While native 4K content looked more vivid and crisp on the 4K TV, it was pretty damned good on the 8K. We could see a softening as it adds four times more pixels, but it uses its X-Reality PRO 8K database to sharpen and refine in real-time. With 4K content the 8K TVs full backlight (the Sony A9G 4K is OLED) almost matches the brightness, contrast and definition.

With 1K content, the images were acceptable but looked better on the 4K TV. While FTE TV is still 576 (SD), 720 (HD and 1080 (FHD) resolution it should upscale sufficiently well for as good as image as you see on a 4K TV.

While I preferred the 4K OLED colour and sharpness, this was impressive with HDR10, Dolby Vision, HLG and more.

Its Full Array Local Dimming has 720 zones or segments. I witnessed some bleed, blooming and motion distortion.

While 4K OLED offers the best off-angle viewing for colours and definition, this was almost as good.

We discussed Sony X-Motion clarity in the 4K review using Black Frame Insertion (BFI). Well, 8K has to do a lot more work, and it manages almost as well as the 4K. It has to push around 4 times as many pixels using the same X1 Ultimate processor.

Fact: At $26K you are going to buy an AV receiver or soundbar. At present, it does not support Dolby Atmos (coming via a firmware update) but has 4 x Tweeter, 8 x Woofer and 4 x Subwoofer (total 80W). In reality it is 2.1 channels. It does not use the behind glass acoustic panel technology that it has in its OLEDs.

The new 2.1 standard is important to future-proof the device and allow for more 8K inputs. There are currently no 2.1 input devices nor soundbars with 8K switching.

But Flatpanels review states something puzzling.

First Android TV is not yet updated to support 8K TV. The interface looks soft and not every app works on 8K. For example, it does not decode 8K HEVC or VP9-2 (8K YouTube).

Sony has built a custom solution with an external video player that can decode 8K video, output it via 4x HDMI 2.0 ports to another box that couples these four feeds together into an HDMI 2.1 output that is then passed to the 8K TV.

While I am sure Sony would like to sell heaps of these, the fact is that it, Samsung and LG’s 8K TVs are more proof-of-concept than mainstream devices.

I have yet to understand all the issues surrounding HDMI 2.1, local dimming, motion control, pixel dimming and other technologies that are going to make 8K mainstream. If it were my $26K I would want to be sure I knew what was best.

From what I saw picture quality is good but sub-native 4K, features are less than future 8K units will deliver and all TV makers need to work on V2.0 – never buy V1.0.