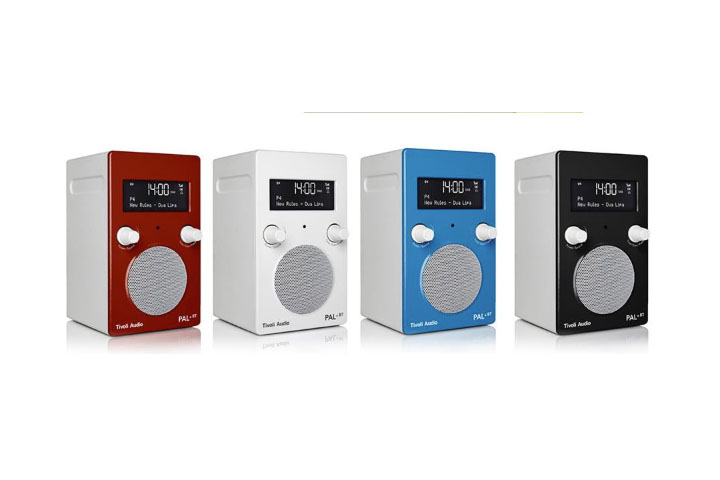 Sound Bytes 2 October 2019: Now for a new feature: a weekly roundup of gadgets designed to entertain you:

Of course, it also works with Bluetooth. The unit is “weather resistant” and a built-in battery will run it independently of power for up to 16 hours. The price is $339.

It has also launched a portable Bluetooth speaker, the Tivoli Go Andiamo, priced at $299. It’s like a 135mm diameter hockey puck, made of aluminium and real leather. It runs a 64mm driver with, apparently 20 watts of power. Bass is helped by the 76mm passive radiator.

Meanwhile, expect to see our review of the Tivoli Audio Music System Home here in a few weeks.

B&W is known for its classy loudspeakers. In recent years it’s got into headphones as well. It has just launched four new models. Starting at the lower end:

The new B&W headphones will be available from November 2019.

It’s not just headphones. Bowers & Wilkins is launching its own Wi-Fi multiroom system based on “Formation Wireless Technology”. Ho hum? Well, this is B&W, so it uses technology from its highly regarded stereo speakers. This includes such things as its “Decoupled Double Dome Tweeter”.

The Wi-Fi stuff is also rather interesting. Yes, there are plenty of Wi-Fi multiroom systems around, but this one might be new. I hadn’t been aware of this, but B&W – a UK firm formally established back in 1966 – was acquired in 2016 by a Silicon Valley company known as EVA Automation. These days if you type evaautomation.com into your computer, you’ll be redirected to B&W.

I figure EVA may have had something to do with the Formation Wi-Fi technology. It supports a mesh network, apparently “developed to run independently from your home Wi-Fi network for seamless sound”. It also uses certain bands in the 5GHz space that are little used, helping ensure a clean signal that doesn’t have to run through your router.

They also note a 1 microsecond sync between speakers in the same room. Good, I guess, but I’d note that if you move 15cm away from one speaker and towards another, you’ve changed the timing by one thousand times that (sound travels around a third of a metre per millisecond).

The first model is the Formation Flex, but it’s to be followed soon by a soundbar, subwoofer, high end stereo speakers and several other devices. No prices yet.

US loudspeaker specialist Klipsch has launched two soundbars which include a design feature that goes with the name. Klipsch started back after the Second World War with incredibly high efficiency horn-loaded loudspeakers. Modern high-fidelity loudspeakers waste – I’m not making this up – 99.5% of their power input in heat. Some Klipsch models are 20% rather than 0.5% efficient.

Not that these soundbars will push that hard. But both feature horn-loaded drivers. There are two models:

You can add optional wireless surround speakers to the BAR 48 for true surround sound. Both models also support Bluetooth and ARC audio from the TV.

Ah, and don’t forget the bunch of new earbuds also coming from Klipsch: