Spam levels on the increase 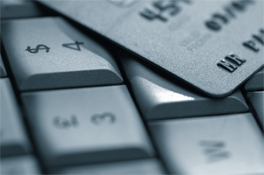 MessageLabs, the leading provider of messaging and web security services to businesses worldwide, today announced the results of its MessageLabs Intelligence Report for May 2008. Analysis highlights that spam levels are back on the increase with levels reaching 76.8 percent of all emails in May, heights not experienced since early 2007. The rise in spam, according to MessageLabs, is due to the change of tactics adopted by the spammers this month, moving further away from reliance on new and undetectable email attachments and moving toward the exploitation of free, mainstream hosted services such as Google Docs and Calendar and Microsoft SkyDrive.

“The savvy, intelligent and accurate cybercriminals of today seem to have abandoned the attachments tactic that was so innovative in late 2007 and are now focused on exploiting free hosted applications which have become mainstream in 2008,” said Mark Sunner, Chief Security Analyst, MessageLabs. “The spammers are taking advantage of the fact that these services are free, provide ample bandwidth and are rarely blacklisted; this is one more addition to the growing list of ways the spammers have succeeded in outsmarting traditional detection devices.”

In May, MessageLabs intercepted spam emails which contained links to spam contained in documents hosted on the Google Docs environment. With traditional spam filters not blocking links to the Google Docs domain, spammers are using this to their advantage, as well as tracking their success through the use of Google Analytics. Google Docs is not the only target of this kind on the spammers’ radar. They are also using Microsoft’s shared file hosting service, SkyDrive. Spam generated using this technique accounted for one percent of all unsolicited mail in May.

In addition to the variety of new spam techniques, MessageLabs also identified several new phishing exploits this month, including one which preyed on a bank’s environmentally conscious customers. Using the Srizbi botnet to launch the attacks, the phishers took advantage of the Central Bank in Missouri’s ‘Go Green’ campaign to lure recipients into sharing their bank details in order to register for eStatements. Also in May, MessageLabs uncovered evidence of phishing attacks claiming to be from HSBC bank which purported to be a secure connection via an https, however, closer inspection revealed that this was not the case and was actually a standard http link to a domain pretending to be the actual bank.

The battle of the botnets continued this month with the notorious but diminishing champion Storm being challenged by newer arrival, Srizbi. On 19 May, the Storm botnet distributed more than 81,000 copies of a new wave of malware with the amorous filename of iloveyou.exe, whereas Srizbi was deemed responsible for less prolific attacks but still accounted for more than 40 percent of all spam in May.

“If the distribution of malware by Storm this month was successful, we could expect to see a renewed deluge from Storm next month and further competition between Storm and Srizbi,” Sunner said.

Spam levels rose across all industry sectors in May, with Manufacturing remaining the top vertical for spam activity at 83.7 percent. The greatest rise was noted in the Non-Profit sector, where spam levels rose by 7 percent to 81.3 percent.

Spam levels for the Retail sector were 80 percent, 75.7 percent for Public Sector and 71.1 percent for Finance.

Virus levels also rose across many industry verticals during May. Accommodation and Catering claimed the most virus activity with 1 in 43.8 emails infected.