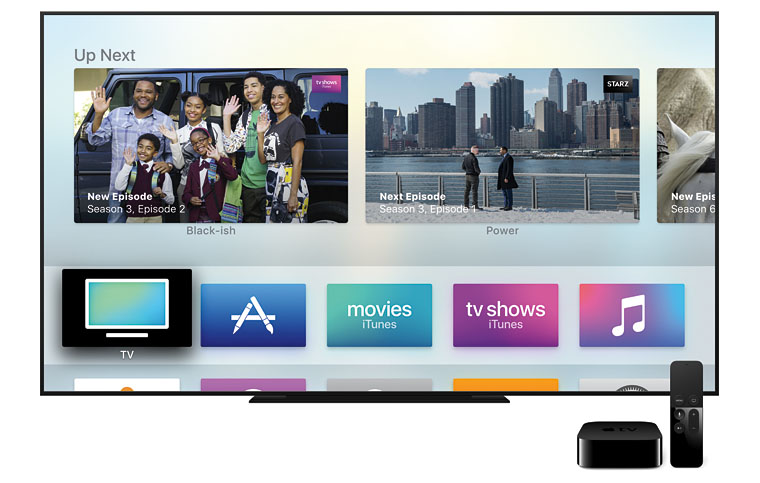 The entire world is aflutter over the new Apple MacBook Pro models, but there are three other bits of news out of Apple’s announcements worth a mention.

First, there is no change to the current MacBook Air. It remains at 13 inches and $1549 for the 128GB entry model. That’s got a lot of people talking. Is Apple planning to abandon the MacBook Air? The 11 inch version has already gone. Perhaps Apple will boldly try to push purchasers towards the entry level MacBook Pro (the one without the Touch Bar), but it’s a big leap to $2199. Maybe the MacBook at $1999.

I for one am not brave enough to try to predict the future.

Apple TV has remained the same, but is scoring a new app called “TV”. Weird, huh? It is intended to provide better accessibility to TV shows and movies through Apple TV, and also works on iPad and iPhone, and can sync between all three devices. There’s access to curated shows (ie. recommended by Apple) in various genres.

Siri is also being upgraded on Apple TV to … let’s let Apple explain it:

Siri is now aware of live sporting events across apps so users can simply say things like, “Watch the Stanford game” or “Which games are on right now?” Siri knows additional details of the games, can provide live scores and can take viewers directly to the live stream within the app that’s carrying it.

It will be interesting to see if Siri will also be aware enough to understand when users say, “Watch the Fourth Test”.

Finally, Final Cut Pro X. That’s Apple’s professional level video editing application. It has a bit of new this, and bit of new that, including improved interface, new editing features and so on. Most importantly, it is designed to work with the Touch Bar on most new MacBook Pro models, making use of its multi-touch facilities to provide context sensitive controls, “dynamically adapting to each task and presenting intuitive controls exactly when and where users need them” Apple says.

This is a free update to existing owners of Final Cut Pro X. For new purchasers the price is $499.