Spotify is live: an instant mixtape for everyone

Unlimited music streaming services aren’t anything new here, but Spotify’s unique way of helping you find music, connect with friends, and listen to music without the cost makes it one of most refreshing services available here to date.

Launching this week in Australia, the Spotify service actually made its first appearance four years ago, when the founders wanted to offer a legal music alternative to the The Pirate Bay torrent site, one of the leading places to find music the less than honourable way.

Spotify will be available on a multitude of devices, including the iPhone, Android handsets, Windows Phone 7, and BlackBerry, but only if you fork out for the Premium $11.99 plan.

Most of these services are likely to pull their track listing from the same place, and given the amount on offer from Spotify, the new service is probably no different, with over 16 million tracks on offer in this service.

To grab these tracks, you will need a Spotify account, something that itself requires a Facebook account. Once you’re connected, you gain access to the Spotify desktop app, offering you more than just a way of listening to music.

Rather than just be a music streaming service, Spotify offers you lots of ways to connect with other music fans like yourself through apps. With the launch of the Spotify service in Australia, subscribers can now find apps for Triple J, We Are Hunted, TuneWiki, and Rolling Stone magazine, to name but a few.

Apps. They're not just for your phone.

Each of these services gives you access to different ways of finding music, like checking out Triple J’s Hottest 100 discs or finding what’s new in the world of music at We Are Hunted. One app available on Spotify reportedly even allows you to flirt with people and possibly find the love of your life while listening to music.

While the idea of an all you can eat music selection is most of what drives Spotify, it’s also about the connections one can make with their music.

In our brief play with the service, we found ways of finding out and sharing music with peers on Facebook, information and tracks being played popping up on a news ticker on the right of the page.

You can even compile a list of tracks and send them straight to friends, in essence providing an instant mixtape for anyone you choose.

We even saw something similar to Pandora’s music genome project, a service that can no longer be accessed in Australia without a proxy due to a lack of local licensing.

Pandora’s service would allow you to find new artists to listen to based on specific songs and tastes you threw into the system, and here in Spotify, we can do the same thing, with the Spotify service taking advantage of the Echo Nest music analysis platform.

While other music streaming services in Australia offer free trials, none seem to have a free option, and that’s something Spotify seems quite happy to mention.

When you create a radio station on Spotify based on a track or artist you like, the service will dig up recommendations for you and play them.

Three plans are available, the first of which is free, supported by both visual ads on the app and audio advertising for a few minutes every hour.

The Premium plan seems to offer the most, ditching the ads and offering apps for mobile devices, as well as offline caching so you can listen on an aeroplane or anywhere the net isn’t going to be. A little over 3,000 tracks can be downloaded for offline use, making it suitable if you want to listen to all of the records you never bought when you were younger.

Mobile apps are available for devices running most operating systems, including iOS (iPhone and iPad), Android, BlackBerry, and Windows Phone 7. 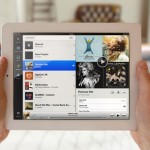 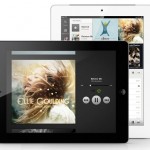 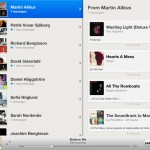 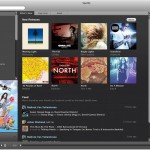 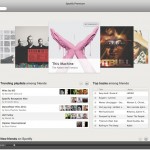 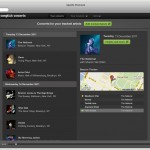 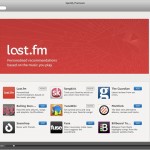 Apps. They’re not just for your phone. 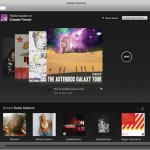 When you create a radio station on Spotify based on a track or artist you like, the service will dig up recommendations for you and play them. 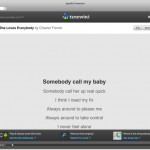 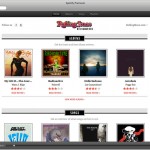 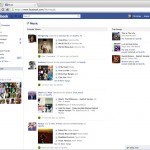 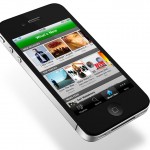 Spotify will be available on a multitude of devices, including the iPhone, Android handsets, Windows Phone 7, and BlackBerry, but only if you fork out for the Premium $11.99 plan.