Spring is in the air. Time for Dyson Pure Cool Mk II 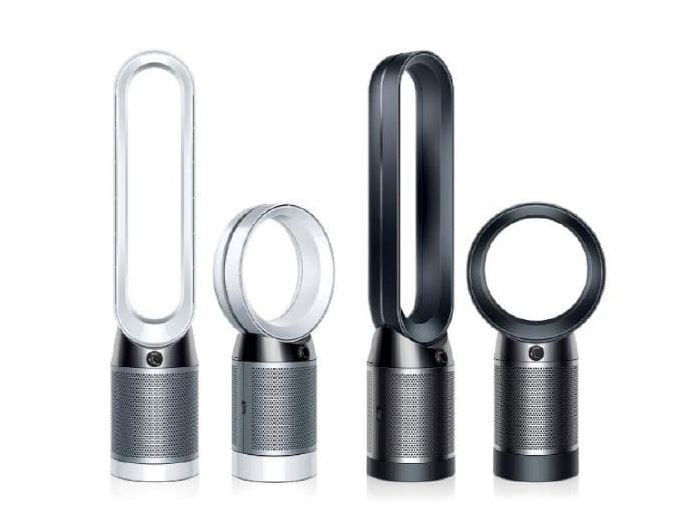 It seems the next big, absolutely necessary thing whether you live in Beijing or Brisbane, Singapore or Sydney is purified air. Enter Dyson Pure Cool from Sir James Dyson and friends.

Dyson Pure Cool (Australian website here) is the engineer’s version of what air purification should be. In Dyson language that means “There must be a better way”. And it does. The Dyson Pure Cool captures 99.95% of ultrafine particles and pollutants down to .1nm.

But wait there is more. Dyson Pure Cool has

All I can say is why didn’t we think of them before? OK, it’s the Dyson way, “To go where no man/woman has gone before … to seek out new dirt …”

Dyson assembled an erudite panel of experts before an information-hungry press cadre.

I took copious notes but focused on the fact that there were millions of dust mites crapping at least 20 times a day in my home. Gotta get a Dyson Pure Air quick!!!

The key messages were

Bell stated that while these particles may not make you sick ‘per se’ your body does begin to respond, and long-term exposure will impact your health. Some people are more vulnerable than others.

Van Nunen said the modern world was against us. We now know that hay fever and Asthma is a reaction to airborne particles and all we can do is use allergy medication or reduce exposure to them.

Editor’s note: Hay Fever and Asthma are 20/21 century phenomenon’s. Asthma in the 1930s to 50s was known as a psychosomatic disease (all in your mind). Hay fever was discovered in the early 1800s by an English physician who observed that the smell of hay could irritate the body. In 1881 an American medical author stated that hay fever was the result of the stresses of modern life: “It is the cry of the system struggling with its environment.”

Harrington was all about balance. Good sleep, healthy eating and a healthy environment. You can’t have one without the others. “There is a tsunami of more people getting allergic to more things.”

GadgetGuy’s take. OK, I get it – the world is against us. Enter Dyson Pure Cool.

Dyson says 75 engineers spread over six countries developed 2,605 prototypes of the machine and sub-assemblies during development.

All I can tell you is that within weeks the amount of visible dust on desktops etc. had reduced significantly. Great less cleaning!

I can also tell you that using the device on automatic did reduce my hay fever symptoms (I have it bad) particularly at night.

There are many air purifiers on the market. A quick counted at major Aussie retailers revealed 39 models – many of which received four to five stars.

To win market share, Dyson needs to be better in every way. To me at least, this incredibly engineered product presents a compelling argument for the (reduce indoor air pollution), the product and Dyson.

Engineer Rowley finished, “In China and South Korea there’s a real concern about the air quality problem. In Australia, outdoor air pollution is not too bad. Purifiers are more for dealing with allergies. They address the big problem of indoor air quality.”

“I think the most uptake will be among those people with asthma, allergies and people with young families.”

I believe indoor air quality is an issue for some. But the UK Advertising Standards Authority took Dyson to task recently saying that its advertisement for Pure Cool would lead consumers to understand that indoor pollutants were more damaging than outdoor pollutants.

Dyson said its intention was to raise awareness about indoor air pollution, backing this with a paper from the European Respiratory Journal which stated that concentrations of some air pollutants were two- to five-fold higher indoors than outdoors.