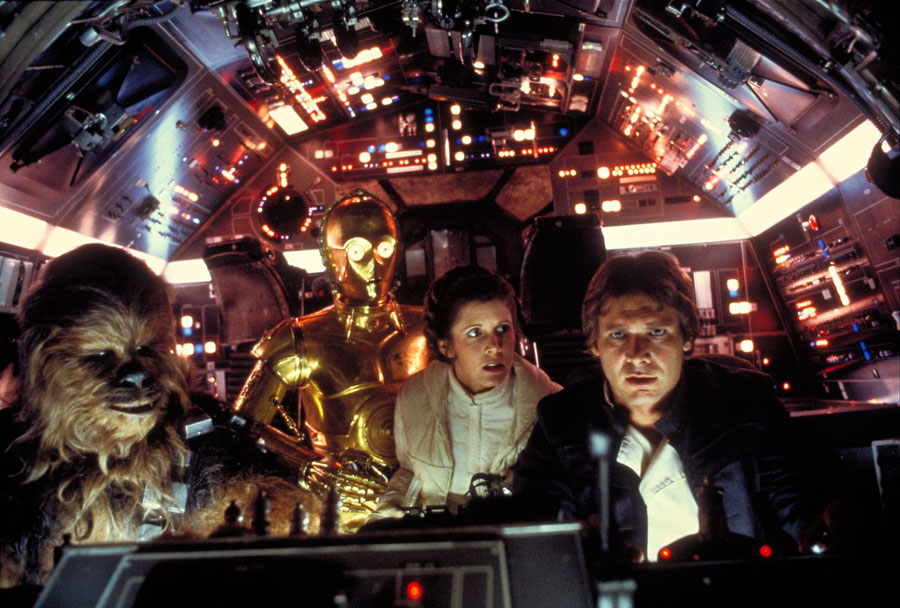 Fancy watching Star Wars but don’t want to dig out the old VHS copy, or even go buy a Blu-ray version? No worries, because for the first time ever, the George Lucas classics — and even those new ones — are available online without physical media.

Launching today across Australia (April 10), Disney and Lucasfilm are making the original trilogy of “A New Hope”, “The Empire Strikes Back”, and “Return of the Jedi”, as well as the newer movie trilogy that technically happens before those three — “The Phantom Menace”, “Attack of the Clones”, and “Revenge of the Sith” — available through online movie services.

That is to say, if you suddenly have a craving to watch Darth Vader fight Luke Skywalker, you can simply logon to either Apple iTunes, Google Play, or Xbox Video and watch it happen in the first Star Wars film, and if you want to watch a whole bunch of big metal walking dinosaurs get taken out by cables, you can do that online in the second one.

We do need to note that it appears rentals aren’t yet going to be activated for the movies, meaning if you want the movies, you’ll need to buy them, which in this country seems to clock up a price of around $20-25 per title, though we’re told each will come with several deleted scenes and some new material that fans will probably dig.

Buyers on the Xbox will also see a Star Wars Pinball Pack and an R2-D2 avatar for the Xbox 360, though only with the complete collection.

As to whether it’s the sort of news all will be interested in, we’re sure there are a few dozen fanboys or so who will relish the opportunity to see more new features and interviews, building up what they already know so that they become an even large walking encyclopaedia than they already are.

To everyone else, however, it’s just the arrival of one of the more legendary movie series on media-less movie networks.

If you’ve been looking to buy Star Wars and didn’t care for owning another Blu-ray or DVD, now’s your chance.