Start your engines with Gran Turismo 5 Prologue, for PlayStation 3 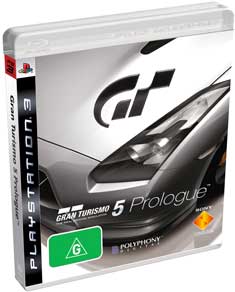 The design team at Polyphony Digital work so closely with the automotive industry that the game features cars yet to be released on our shores, including the Nissan GT-R, not due for Australian launch until early 2009. Additionally, the Gran Turismo franchise is so well respected by motoring heavyweights that Ferrari has selected GT5 Prologue to be the only motor racing game to feature its 2007 world champion Formula 1 vehicle.

With a ten-year strong history, Gran Turismo has already sold 50 million copies to date and is the biggest selling PlayStation game franchise of all time. GT5 Prologue launches today with an RRP of $59.95 or in a PS3 bundle including a PS3 40GB model, a SIXAXIS wireless controller and a Gran Turismo 5 Prologue game, for just $699.95 RRP.