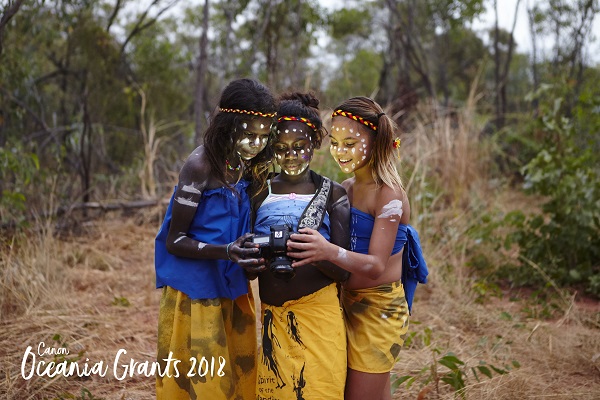 Canon Oceania is now accepting nominees for the Canon 2018 Grants Program. Six grants valued at up to $5,000 in goods and cash will be awarded in September.

Canon says that it has been running this program for twelve years, and has so far handed out $360,000 in support. The program is now accepting nominations of schools and not-for-profit organisations which are “making a positive impact in their communities”.

Three grants are on offer in Australia (plus one runner up award) and three in New Zealand. The Australian grants are:

A similar set of grants are on offer in New Zealand, except there there’s no runner up, and the amounts are in NZ dollars rather than Australian. The $5,000 grants are constituted by $4,000 worth of Canon goods, plus $1,000 cash.

In 2017 The Last Straw won the environmental grant. As its name suggests, it is trying to eliminate the use of plastic straws in Australia in order to help clean up the environment. Eva Mackinley, Founder of The Last Straw, welcomed the grant. “The grant equipment has been incredibly helpful so far. We are just in the final stages of editing three pieces of video content we were able to shoot with the Canon gear. Creating more compelling videos enables us to engage with our audience in a more powerful way, so they can truly see and understand how the straws they use are harming the environment. The Canon printing equipment has also been incredibly helpful in the day-to-day running of The Last Straw. It’s little things like these that allow us to stay focused on our cause.”

It seems to be paying off. Just yesterday, Brad Banducci, the Chief Executive Officer of grocery giant Woolworths, announced that by the end of the year the group will no longer be selling plastic straws, “saving 134 million plastic straws from going into the environment every year.”

How to nominate for the Canon 2018 Grants Program

Nominations are open from, well, yesterday (Tuesday, 5 June 2018) until Tuesday 19 June 2018. Those wishing to make a nomination should go to the Canon 2018 Grants Program website here. This is a straightforward process of entering contact information and choosing a category.

Canon will contact those nominating by email. Applicants will have from 20 June to 20 July to prepare a full submission.

Click here to see the Canon products we’ve covered over the years.