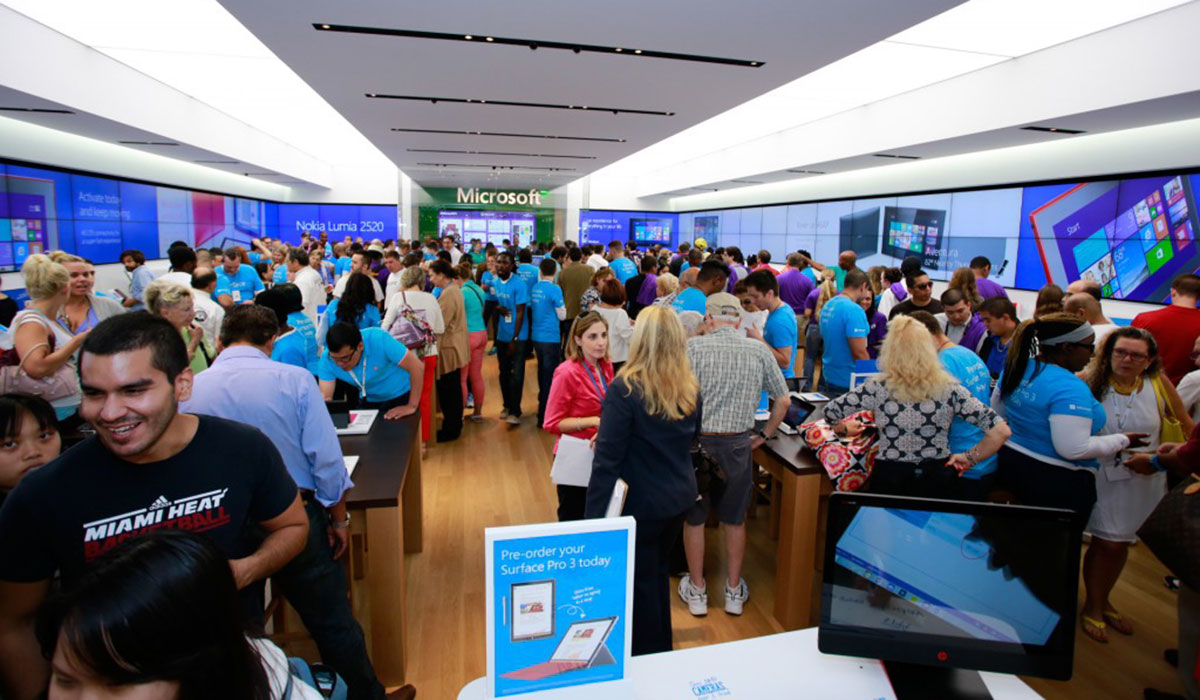 Sydney’s Microsoft Store to be your everything-Microsoft-guru

There aren’t many reasons to write about stores, except to say when a good deal has arrived, and Microsoft’s first store in Australia isn’t necessarily going to be about that. What it will do, however, is answer every Windows question you’ve ever had.

Later this year, Microsoft plans to open its first store in Australia, which will also be its first store outside of North America, and that’s a big deal if you’re inside Microsoft, as it says just how important Australia is to the company.

Even the rest of the world misses out on the opportunity, with no Microsoft Store in the UK or Asia, and nothing in Europe, not yet, anyway, as a former Nokia-turned-Microsoft Store closed in Finland earlier in the year.

So what can a Microsoft Store bring? According to Microsoft’s Jonathan Adashek, it’ll be more than about trying to sell Windows to the world.

“For us, it’s about building relationships with our customers one at a time,” he said, telling us that the store will be about tailoring Microsofts applications to individual people, and allowing them to see how it fits with their lives.

“We are not doing experience stuff,” said Adashek, adding that “we want people to try it and have the ability to take it home. We’re going to have the full selection, [and] this store doesn’t change our position on our partners.”

What does that mean?

More interestingly, each of these machines will be a little different than the ones you find in any old retail store, with a version of the experience tweaked for performance.

This is what Microsoft calls the “Signature Edition”, with any computer purchased from the Microsoft Store arriving with. You could buy a Surface Pro 3, Acer Aspire R13, or a Lenovo Yoga 3 Pro from this store and it would be a little different from if you purchased it somewhere else, even from the manufacturers building it in the first place.

According to Adashek, the “signature” experience comes down to three things: speed, optimisation, and security.

“[When] you buy an i5 or an i7 and you have all those pop ups running in the background, you’re not getting your full computing power,” he said, telling us that Microsoft makes a specifically optimised installation of Windows for every computer it will sell, which we’re told is something another retailer could do, but merely doesn’t.

“We wipe the machine totally clean and get rid of the bloatware, so we’re really making it a great optimised experience.”

A newly optimised computer is only one part of what piques are interest in the Microsoft Store, because tech support is what really grabs our attention.

We’ve all been there at one point in time or another, with a complaint or problem about Windows, about Office, about the Xbox, and about something Microsoft’s name is sitting on. Whether it was a minor gripe that made you call up that friend of yours that knows something about tech or a major issue that drove you into the arms of Apple, we have all been there.

Fortunately, there will be answer desk at the Microsoft Store built to handle your questions, and while you’ve seen that with Apple’s Genius Bar, Microsoft’s intention is to make its support team trained to handle any Microsoft issue, and we mean “any”.

“We’re going to try and help everybody who comes in,” said Adashek.

That’s a pretty bold statement, so we pressed this issue a little more asking how far back this support would go. Would Microsoft help someone with Windows XP, even though it’s out of date? Would you get support with a Sidewinder controller or an old trackball? How about if you still for some reason or another used Windows 3.1?

“We’re going to try and figure out what we can do,” he said, visibly surprised that we’d ask about such an old operating system. “There’s only so much you can do with some of those older devices and older operating systems,” Adashek said, adding “so if somebody shows up with 3.1, we might just be hey thrilled to see you, say ‘hey, you have a relic, let us help you,’ who knows what’s going to happen.”

That being said, Adashek is clear that this isn’t about a competitive angle, though we can’t help but think a “stump Microsoft’s answer desk” would be an awesome promotion. Still, he stresses that the Microsoft support staff will be trained to handle a plethora of problems.

Good news: your local tech guru that you ask questions to all the time just found some more spare time.