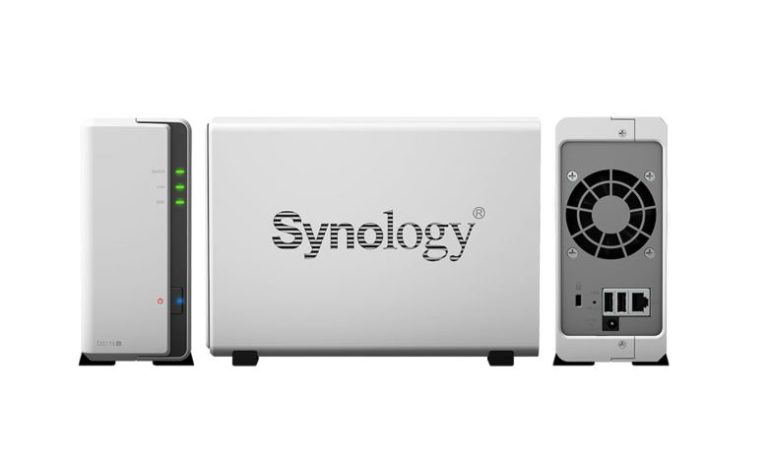 The Synology DS119j is a new personal cloud network attached storage device for home users. Its perfect for non-techy people and can use a single hard disk up to 14TB.

While we were reviewing the four-bay DS481play, Synology released a DS119j personal cloud, that, on paper at least seems to eclipse other entrants in that space. Why – because Synology is a NAS maker first, and hard disk agnostic.

It uses one disk, it is not a RAID (redundant array of inexpensive disks). If that single drive did fail, then you had better have a backup. Fortunately, Synology has auto-backup to almost any cloud. Or buy the DS218j or DS218play 4K two-bay units for RAID and peace of mind. Considering RAID is a buy and forget item that extra expandability may be what you need.

There are many users who are not familiar with a NAS yet, nor aware of the benefits of having one at home. DS119j is aimed to be an ideal choice for first-time NAS users with versatile software features, an intuitive user interface, and an affordable price point.

GadgetGuy agrees and does not know what he would have done without a personal cloud server over the past five years.

Why Synology is better?

Those apps include things like Audio, Photo, Video, IP surveillance camera, backup, and remote access over the internet to your cloud.

In GadgetGuy’s recent review of the DS418play, we identified just how simple it was for a non-technical user and what more you could achieve with a geek-to-you.