Take Note, the Samsung Galaxy Z Fold3 marks the rise of the foldables 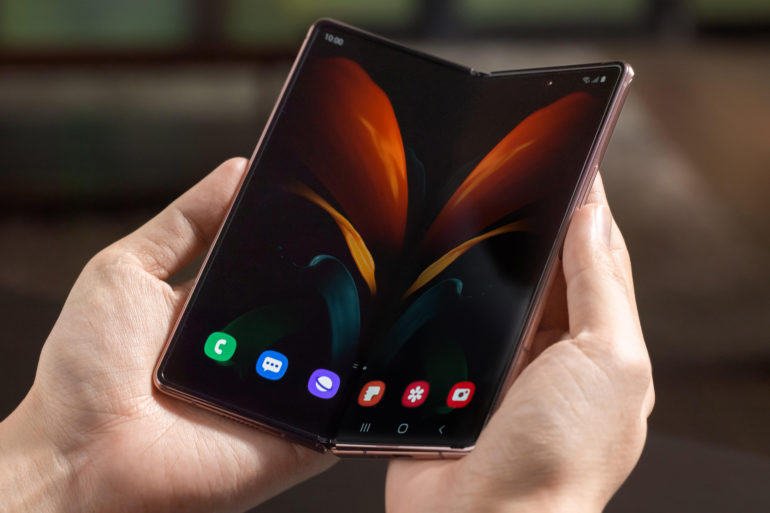 With water resistance and support for the S Pen, the Samsung Galaxy Z Fold3 has officially dethroned the Galaxy Note as the gadget of choice for those who love a hefty Android smartphone.

Rather than reinvent the wheel, Samsung has honed the design of the Fold2. The new model has a 6.2-inch display, which folds open to reveal a generous 7.6 inches of screen real estate when you need a little more room to move.

Samsung’s latest foldable steps up to 120Hz AMOLED displays, both inside and out, but improvements also lie beneath the display. It’s the first Samsung phone to feature an under-display camera (UDC), with a 4-megapixel f/1.8 sensor beneath the internal screen.

Hiding the selfie camera comes at the expense of megapixels. In return, it does away with the hole-punch and notch designs used to accommodate front cameras as smartphones have embraced bezel-less screens.

The Samsung Galaxy Z Fold3 pushes aside the Galaxy Note

Meanwhile, the famed Samsung Galaxy Note remains missing in action. The flagship of the phablets appears to be dead as the Samsung Galaxy Z Fold3 is pushed as a better option in every way.

In an effort to usurp the Galaxy Note’s productivity crown, it now features improved multitasking along with support for the S Pen stylus (optional at extra cost).

In terms of performance, it has a Qualcomm Snapdragon 888 power plant. It’s accompanied by 12 GB of RAM and either 256 or 512 GB of storage (no microSD expansion).

Addressing frustrations with earlier foldables, the Samsung Galaxy Z Fold3 is thinner yet more durable than its predecessor. The hinge is now 10 per cent stronger and the Corning Gorilla Glass Victus screen is tougher. The handset is also rated IPX8 for water resistance.

When it comes to connectivity, it will only be available as a 5G model. It will support both sub-6GHz and low-band (mmWave not confirmed), making the most of Australia’s ongoing 5G rollouts.

The Samsung Galaxy Z Fold3 is available on preorder today. It goes on sale in Australia from 10 September, selling for $2499 (256GB) or $2649 (512GB). Both models are available in Phantom Black, Phantom Green or Phantom Silver.

Samsung offers up to $920 trade-ins for eligible mobile devices, plus some telcos are also offering trade-in deals.