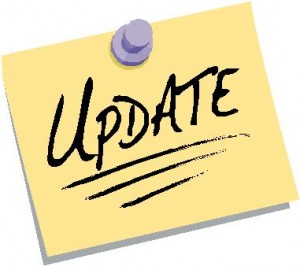 Once upon a time, when the world was very young, you used to be able to buy an entertainment appliance, take it home, plug it in, and then use it for the next 15 years with nary a thought.

But computers, in all their many forms, have all but completely replaced ‘dumb’ electronics, and while it’s great that your TV can now display your photographs directly from a flash memory card or via USB connection, this new age brings new complications.

If you own a PVR, or a games console, or even one of the earlier digital set-top boxes, you probably read the manual, got to the chapter on ‘firmware’, and then put it aside before it could give you the Fear.

And why not: strange and terrible things were spoken of between those pages. Connecting your TV tuner to the Internet so you can download software to make it work better, what kind of crazy talk is that?

But this is the world in which we live, where every appliance that does more than make bread brown and crispy (and even a couple of those) is actually, in some way, a computer running an operating system.

Some definitions first. Thanks to nearly three decades of personal computers, we’re now all familiar with the difference between hardware (the physical machinery of the PC) and software (the programs you load onto it to do stuff). But there’s another tier of ‘ware’ in the middle called firmware.

It’s called firmware because it’s not quite hard and not quite soft. It’s stored semi-permanently on chips that cannot be removed from the computer, and needs special commands and procedures to be changed or overwritten.

The firmware is where computers store their most important, most basic operating instructions. The firmware tells your desktop PC to look for Windows when you switch it on. It explains how the keyboard and mouse connect to the computer, and it sends a video signal to the display.

There are equivalent firmware jobs for your entertainment appliances too. Though in some senses, firmware on a set-top box or a PVR is more like Windows – it runs the onscreen display and makes sure when you press a button on the remote, something actually happens.

Updating firmware involves writing information to a special chip on the device’s motherboard. Unlike a hard drive or flash memory card, it’s very hard to erase the information on this chip. In fact it can only be done with a special electrical signal. So it’s not quite hard, it’s certainly not soft. It’s in between: firm.

The question is, why would you want to mess around with firmware? Why can’t it just be loaded on at the factory and then forgotten about?

The thing is, once devices go out into the market and real people start using them, manufacturers can observe and improve on the device. In the bad old days, if they saw their TV had a design flaw in the way you changed channels, it was a case of bad luck for the owners of the TV, and good luck for people who bought the next year’s model.

While that kind of thing still goes on, firmware updates allow users to improve their device without having to shell out cash for a new one.

PVR crashing a lot? Timer function awkward to program? Look for a firmware update: it may solve the problem.

Where you see firmware updates most predominantly is on games consoles. The PlayStation 3 in particular receives regular updates, which you download via its wireless network adaptor or Ethernet port, as simple as selecting a menu item and pressing ‘X’.

Out of the box, the PS3 can’t output Blu-ray for our 50Hz TVs, it doesn’t support a very wide range of video formats, and many other features are missing. With firmware updates – currently at v2.0 – it now does all of these things and more.

For TVs, PVRs and set-top boxes, firmware updates are less frequent and arguably less important. Certainly, without wireless adaptors, actually doing the update involves either hauling the device through to your PC, or putting the new firmware files on a thumbdrive and plugging them into the device. The first set-top box I owned said if I wanted to update the firmware I had to go out to an electronics shop, buy a bunch of parts and actually make a special cable myself. As in, with a soldering iron.

But updating devices will become more and more a normal part of owning entertainment technology. Eventually, we’ll have devices that are permanently online and can be updated with a push of a button. And the next stage after that is a TV that keeps itself updated, without any human intervention at all.

Of course, the brief history of firmware updates shows plenty of duds: new versions of firmware that rather than fixing problems actually create more. So perhaps self-updating devices aren’t that great an idea after all.

But complex and fiddly as a firmware update is, it’s certainly superior to the alternative: having to buy an entirely new device just because a new file format suddenly becomes popular. Here’s to firmware!