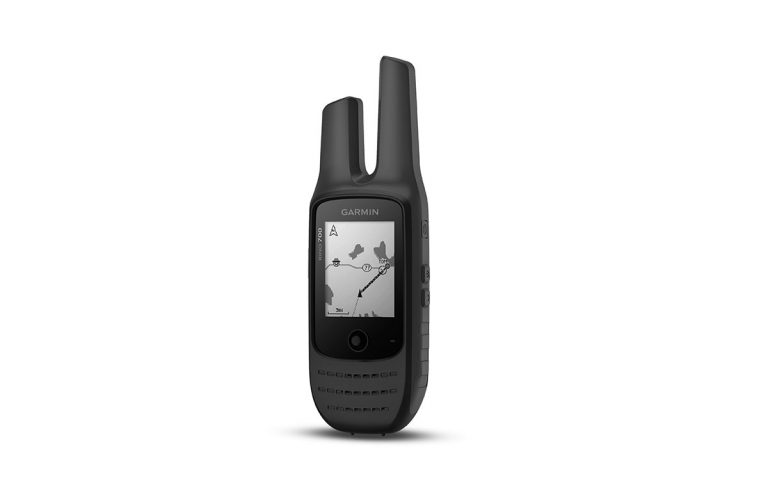 Say you’re wandering around in the bush, kilometres from anywhere, and want to tell your friends where you are. Break out the two way radio, examine the map closely (we all know how to locate ourselves on good old paper maps, don’t we?) and read out the coordinates.

Alternatively, press a button on your Garmin Rino 700, and your friends can see where you are on the display of their own Rino 700 hand held radios.

Garmin is very well known for its GPS devices. A portable radio – aka walkie talkie – with built in GPS makes a lot of sense.

The Rino 700 will of course show you where you are on its 2.2 inch, 56mm, 128 by 160 pixel monochrome display. You can transmit that data to others using that device. The display, Garmin says, is “sunlight-readable” and there’s an adjustable backlight for night time use. It can transmit your location to others. And it can poll other devices, asking for their locations.

The device uses both GPS and the Russian GLONASS satellite system, and offers high sensitivity so that it works under “heavy tree cover or [in] deep canyons.” A worldwide basemap has been incorporated. It has a memory for a thousand waypoints and favourite locations, along with fifty routes, and ten thousand tracking points to record where you’ve been.

You can also “text” from device to device. A joystick on the front is used to operate the device. There’s a 3.5mm headphone/microphone jack.

And, of course, you can talk. The Garmin Rino 700 uses the 22 channel GMRS radio band*, which operates around 467MHz. Note, this is not the same as UHF CB radio, which operates in the 476/477MHz frequency ranges. Garmin says that the transmitter has five watts of power and a line-of-sight range of up to 32 kilometres.

The Rino 700 features a rugged build and IPX7 water resistance (typically, up to half an hour in a metre of water). The Lithium Ion battery is good for up to 13 hours of operation.

I am assuming that the operation of GMRS radios in Australia is legal*. It’d be surprising if a reputable company like Garmin would offer something for sale here that can’t be properly used. I have a question in with both Garmin and the Australian Communications and Media Authority (ACMA) to confirm that is the case, and will report here when I have an answer.

* UPDATE: Actually, no. I’m still waiting for an answer from ACMA, but Garmin has responded very briefly thus: “You’re right – it should read ‘UHF'”.

By which it apparently means the UHF CB band. I was tricked by the press release and the front page for the product at Garmin’s Australian website which describes the Rino 700 as a “5 W GMRS two-way radio”. But the specs indicate “UHF” as the frequency band. And rather than 22 channels, there are 80 channels plus support for the CTCSS (Continuous Tone-Coded Squelch System) system and the DCS (Digital Coded Squelch) system, both of which allow channels to be shared to some degree without hearing the voices of other users.