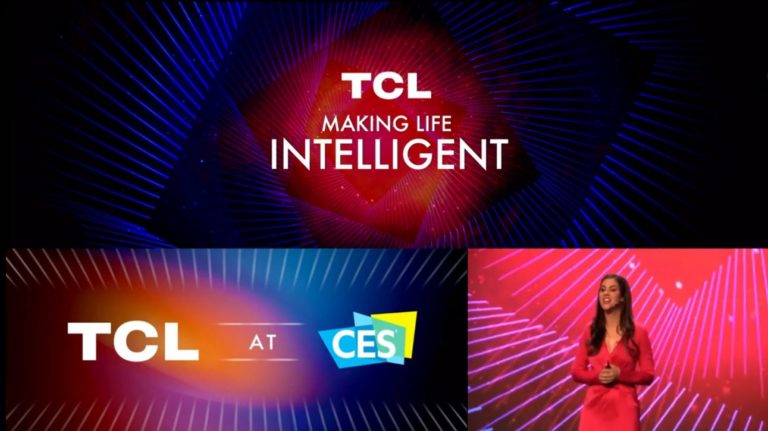 TCL/Alcatel at CES 2020 is all about new 8K TVs, Alcatel value phones and TCL branded phones from this burgeoning Chinese electronics maker.

We will start with Alcatel at CES 2020

Alcatel is at the value end – does exceptionally well as pre-paid products from Telcos and major retailers. Apart from the 5.5” HD+ Display, the others have a 6.22” HD+ 19:9. All support Google Assistant and Google services. We don’t have details on processors and specs yet.

While Alcatel is a work-horse TCL is a show pony with some quite desirable phones including a sub-US$ 500 5G phone that pushes the current value paradigm to the limit.

It also previewed the TCL 10 Pro and TCL 10L (also used Qualcomm) which will be available in global markets later this year.

The TCL 10 Pro is the first TCL device to feature the company’s edge AMOLED display made by TCL’s sister company, TCL CSOT. It also makes display panels for TCL televisions.

8K QLED X9 in 65/75” uses a Quantum Dot Display with Dolby Vision. X9 Series has Local Dimming. It has been certified by IMAX Enhanced to deliver the highest quality in-home entertainment experience

Sound is via a premium Onkyo and Dolby Atmos system. It also has a built-in retractable camera for video calls.

Mini-LED – the next step for LCD TV

What that means is that instead of using edge-lit or full-array backlit technology (FALD), mini-LEDs are sandwiched behind the Quantum Dot/LCD panel to directly light very much smaller groups of pixels.

Don’t confuse this with micro-LED that tries to emulate the self-emitting OLED pixel – with each pixel being a small RGB LED. This technology is a long way off due to the simple fact that the smaller the LED, the less light it can emit and some extreme voltage issues.

TCL is an up and coming brand – we have started to cover it and its important as it has a tightly integrated supply chain – it owns display manufacturing plants and more. Its ambition is to be the Samsung of China.