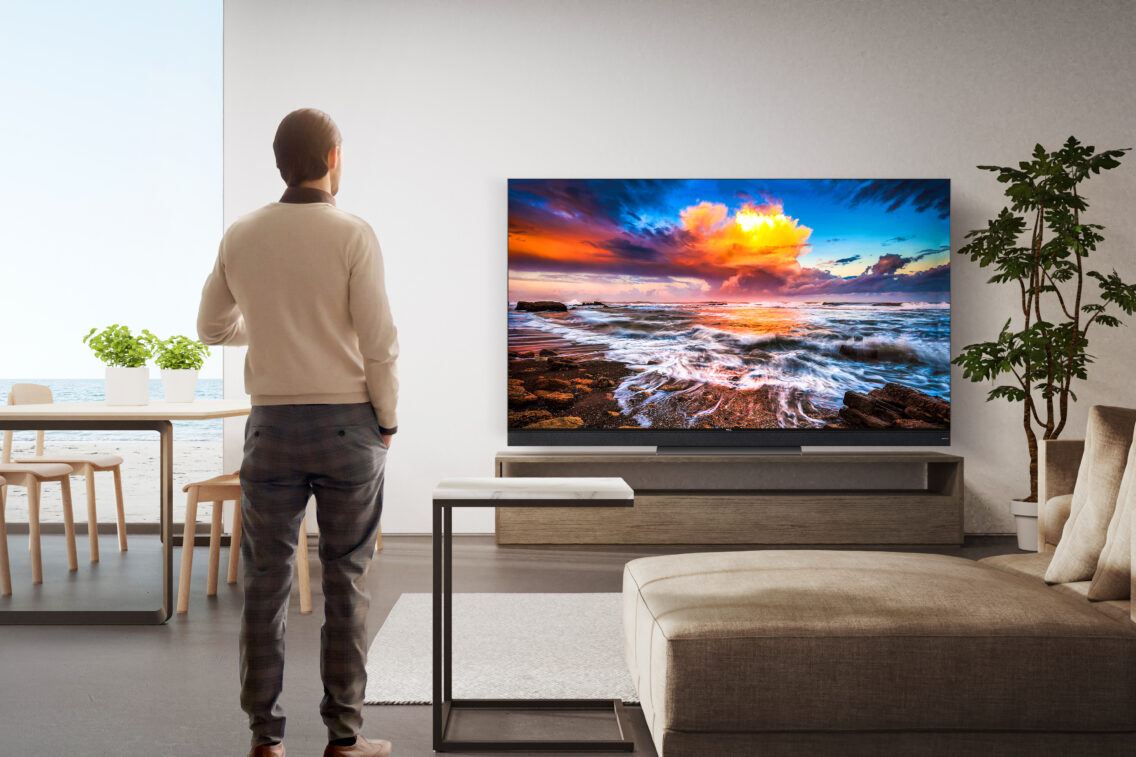 When buying a new television, it’s always important to look ahead. If you’re prepared to pay a premium, you can pick up cutting edge features that will be worth owning tomorrow, even if you can’t make the most of them today.

In that way, the TCL X925 Mini-LED 8K television ticks a lot of boxes. To be fair, it’s still hard to get excited about 8K screens. Not when there’s nothing to watch in 8K and no indication that content makers or streaming services are set to embrace it any time soon.

I wouldn’t dump a perfectly good 4K television on the nature strip today, just to upgrade to 8K. But if I was already in the market for a new high-end television, and I tended to keep them for at least five years, I’d certainly take 8K into consideration.

Resolution aside, this TCL smart TV packs a lot of other impressive features that could make it a worthy addition to your lounge room. Unfortunately, it struggles to deliver on its promises when it comes to picture quality.

Take the TCL X925 Mini-LED 8K television out of the box and, like most big televisions, you’ll need to lay it flat to attach the base – it’s best to gently lay it on the box, or a few cushions.

Once upright, the screen’s bezel is thin but the speaker grill across the bottom makes the television look a little larger and taller than some rivals. The panel is also a little thicker than many televisions, to make room for the advanced backlight and rear subwoofer. Neither of these are worth complaining about, unless you’re more interested in a fashion statement than a great picture.

The base is around 30 cm deep and 50 cm wide, ensuring the television remains stable on a benchtop despite its bulk. At 32 kg for the 65-inch model and 39 kg for the 75-inch big rancher, it’s hefty but not the heaviest of televisions when it comes to wall mounting.

I put the $4499 65-inch model to the test but, if you really care about 8K and your budget will stretch then consider the beefy 75-inch at $5999. Realistically, 65 inches is the sweet spot these days in terms of pricing. You pay a significant premium for those extra inches, but at 75 inches you’re more likely to appreciate the improvement of 8K over 4K.

Of course there’s more to picture quality than raw resolution. A Mini-LED backlight allows the television to bump up the picture quality compared to other backlit screens.

I would still argue that OLED is a better choice for movie night, but Mini-LED combined with Quantum Dot delivers a bright picture which is well-suited to watching in a brightly-lit room. Movie buffs tend to swear by OLED, but if you’re looking for an all-rounder then a great Mini-LED is hard to beat.

Mini-LED’s brightness and fine granular control over the backlight allows for impressive contrast, which is the cornerstone of a great picture. Unfortunately the TCL X925 Mini-LED 8K television only offers 1000 nits brightness, whereas some Mini-LED rivals double this. Also, the screen only breaks the backlight into 160 zones. All of this hampers the contrast, and the picture quality suffers as a result.

Even so, the television can take advantage of High Dynamic Range content, including HDR 10+, Dolby Vision and Dolby Vision IQ. The latter is an evolution of Dolby Vision which adjusts the brightness, colours and contrast in real time, to best-suit the lighting conditions in the room.

When it comes to connectivity, you’ve got HDMI2.1 video ports. These support up to 10K resolution, so you’re ready for the next generation of set-top boxes and disc players – assuming 4K Ultra HD isn’t the end of the line for physical media. Beyond raw resolution, HDMI2.1 also supports the BT.2020 colour range standard and 16-bit colour.

The screen handles up to 120 Hertz refresh rates, to smooth out fast-moving action for sport, movies and gaming. Along with this is 200 Clear Motion Rate motion interpolation for further reducing jitter and motion blur. Gamers will value Variable Refresh Rate, AMD FreeSync and Auto Low-Latency Mode.

A great picture deserves great audio, with one of the television’s HDMI port supports eARC for connecting to an external soundbar or home theatre system. eARC handles high-end formats like Dolby TrueHD and DTS-HD Master Audio, along with the new object-based audio formats like Dolby Atmos and DTS:X which create immersive multi-dimensional soundscapes.

That said, you might not feel the need to add a soundbar thanks to the television’s impressive built-in speakers. There’s support for Dolby Atmos and DTS-HD, brought to life by an Onkyo Audio System and built-in subwoofer to beef up the explosions.

Fire up the television, fight your way through TCL’s clunky/buggy registration process and you’re presented with the slick Google TV interface. A revamped successor to Android TV, Google TV is the pick of the bunch when it comes to smart television interfaces, offering more options and flexibility than LG’s webOS and Apple’s tvOS.

Google TV has access to practically every streaming platform you’d want, with improved cross-platform search and recommendations on the home screen. This helps tame Australia’s fragmented streaming landscape, so it’s easier to find something great to watch. There’s also the option to call on Chromecast streaming if you need to stream video from a mobile app.

With Google TV comes support for Google Assistant, letting you control the television with voice commands as well as ask anything else you’d ask of a smart speaker.

If you enable Google Assistant it hangs on your every word, with annoying lights on the front of the television. Unlike some televisions, there’s no way to tell Google Assistant to only listen if you push the button the remote – which would be more practical if you already have other smart speakers spread around your home.

Sticking with the future-proofing theme, the television features the latest Wi-Fi 6 standard to assist with smooth streaming if you have a Wi-Fi 6 router.

In a handy addition for the COVID age, the TCL X925 Mini-LED 8K television also comes with a detachable webcam which lets you make Google Duo video calls from the comfort of the couch.

Scraps of 8K demo content might look amazing, but they’ll hardly keep you entertained. For the foreseeable future, you’ll need to rely on the television’s upscaling to bring your favourite movies and TV shows up to 8K. Surprisingly, the television opts for the ‘Low Power’ picture mode by default. This doesn’t help the screen look its best, so you’ll want to switch to something more appropriate like ‘Movie’.

Thankfully the TCL X925 Mini-LED 8K television does an admirable job of upscaling lower-res content. Its “Clear Motion” motion interpolation isn’t too aggressive, so you don’t have to fight with it. You might even dial it up a bit on Movie mode.

For now, your favourite content is likely to be shot in 4K HDR. During the day, this television’s Mini-LED backlight and Quantum Dot display do a fair job. It can still look a little washed out when watching HDR content on Netflix or Ultra HD disc – whether you’re looking at the life-like pictures of nature documentary Planet Earth II or the deepest shadows in sci-fi blockbuster The Martian.

You need to tweak the settings to get really vivid colours, but that lowly 1000-nit brightness is this television’s Achilles’ Heel. I’ve seen brighter Mini-LED 8K televisions like the 2000-nit Hisense U90G deliver a better picture with the blinds up in my lounge room and sunlight streaming into the room.

After dark, the TCL’s shortcomings are even more obvious – especially when it comes to contrast. It’s no match for my 4K LG OLED, which is the king of movie nights, let alone the Mini-LED Hisense.

Turn to The Martian late at night and the blackness of space behind star fields on the TCL looks blotchy, rather than displaying pinpoints of brightness against an inky black backdrop. Admittedly this is a torture test for any backlit screen, but a lot of the fine detail is also lost in the shadows on the Martian mountain ranges. Meanwhile, the colours also fall short and you’ll want to dive into the advanced settings to compensate.

The TCL X925 Mini-LED 8K television offers an impressive feature list, with a lot of future-proofing and the flexibility of the slick Google TV interface. Unfortunately it just can’t deliver on picture quality. I’m fussy when it comes to picture quality, but you’re entitled to be fussy at these prices. Even if you’re after a Mini-LED for daytime viewing, there are better options.

No, there are better Mini-LEDs on the market – which still don’t quite measure up to OLED.