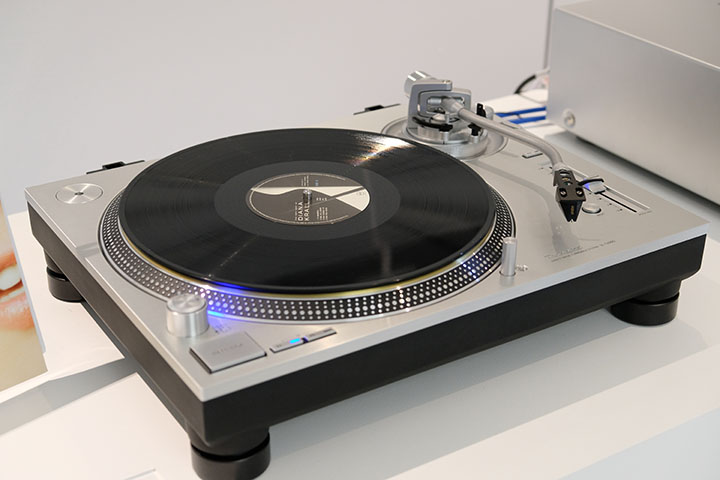 Panasonic’s high-ish end audio brand, Technics, is now back in Australia following a swish event in Sydney last night. Not all of Technics, but three lines from within the brand, led by one of the most famous turntables ever produced, the Technics SL-1200.

A bit of Technics history

The brand is set to celebrate its 55th anniversary next year. You can see why Panasonic would have introduced a new brand name back in 1965. Audio enthusiasts can sometimes be a little snobby. They were perhaps less keen to listen to a device bearing a brand name that also appeared on vacuum cleaners (this was in the pre-Dyson days, when vacuum cleaners were definitely not cool). In the analogue heyday of the 1970s and 1980s, Technics was a fairly big thing here. I, for example owned a Technics RS-275 cassette deck, the first direct drive cassette deck. Back in the early 1970s, it and its Dolby Noise Reduction-equipped sibling, the RS-276, were the second-best performing cassette decks on the market. Only the legendary decks from Nakamichi were regarded as better.

But the most famous product by far from Technics was the SL-1200 direct drive turntable. This flew in the face of conventional thinking on turntable design. Audiophile turntables at the time were pretty uniformly belt drive. The idea was to isolate the platter from the inevitable noise of the electric motor by means of a rubber belt. Along with a heavy turntable platter for a strong flywheel effect, this provided the low-noise, uniform rotation required for quality record playing. The SL-1200, by contrast, used a slow rotation motor to directly drive the platter. It was surprisingly effective, and had the unusual advantage of getting up to rotational speed almost instantly.

The demise and return of vinyl

Nobody really expected it. After CD sales surpassed vinyl sales in the late 1980s, we all kind of assumed that vinyl would die out, or at least become the nichest of niche products. Paul Reid, the Managing Director of Panasonic Australia, told me that a few years ago some important machinery for the manufacture of the long-lived SL-1200 line of turntables ceased to work. The company felt investment in replacements wasn’t justified and so, in 2010, production of the SL-1200 came to an end.

But that proved to be around the time of the nadir of vinyl sales. Soon afterwards, they started to pick up. It’s expected that next year vinyl sales will actually exceed CD sales for the first time since 1987. To be clear, that signals the demise of the CD as much as return of vinyl. The latter is expected to hit $40 million in sales next year. But the dominant sales channel for music these days is streaming, estimated at $400 million.

In 2016 Technics returned to vinyl with a new version of the SL-1200 along with the SL-1210 variant. And now they’re here. Along with some other interesting stuff from Technics.

I keep saying that the SL-1200 was perhaps the most famous turntable in history. How could it not be? There were 3.5 million of them sold.

There are five turntables in the new lineup. The DJ version is the Technics SL-1210MK7. As with the rest of the range, its direct drive motor is new, a “coreless” design. Apparently removing the iron core from the motor eliminates “cogging” – that’s the inherent unevenness in electric motor design as the mechanism moves from one area of peak magnetic field to another. DJ’s are apparently strange creatures, so this model also includes the ability to run backwards. That makes me cringe a little (the design of the stylus and cantilever fills me with visions of the whole assembly being ripped off by being pushed the wrong way, but presumably DJ-suitable cartridges are more robust than hifi ones.) At $1,749, this model turns out to be the most affordable of the lot.

At the other end of the scale is the hifi-focussed Technics SL-1200G. The “G” stands for “Grand Class”. This model is priced at $6,999. No wonder, since only thirty – each hand built in Japan – are produced per day. Atop the coreless direct drive motor is a three-layered platter, with an aluminium die-cast platter inset with a brass disk, both carefully balanced for smooth rotation. A rubber mat tops those. The tone arm is fully adjustable, including for height, and it is made of cold-drawn magnesium. Various balance weights are included to support cartridges weighing from 5.6 to 19.8 grams.

Somewhat more affordable are the “Grand Class” SL-1200GR and SL-1210GR. The only real difference between these two is that the former is predominantly silver in colour, while the latter is black. Both are priced at $2,749. They come with aluminium tone arms and a less weighty brass-less platter that still comes in at 2.5 kilograms.

All of these models include strobe speed indicators around the circumference of the platter, red in colour for the DJ model, blue for the others. And they have a speed adjustment slider that allows you to run the platter up to around 6% faster (double that for the SL-1200G) and 3% slower.

Finally, the Technics SL-1500C is a “Premium Class” direct drive turntable. It’s more affordable than the others, but still pretty premium at $1,999. Unlike the others, the SL-1500C comes with a cartridge pre-installed, the Ortofon 2M Red. It also has both standard phono outputs – which require connection to special phono inputs – and pre-EQed and amplified-to-line-level outputs. It also has an arm-lift mechanism that raises the arm at the end of the record, saving stylus wear for those not on top of their record-playing game.

Also launched were three models of very 21st century audio devices. These are primarily wireless streamers, albeit very stylish ones that most people would love to have in their homes. The top of the line mode is the SC-C70 ($1,649). It adds a top-located CD player mechanism, but is still mostly a streamer with support for high resolution audio up to 192kHz sampling, plus Direct Stream Digital. It has a built-in downwards-firing woofer and a stack of acronym-laden capabilities (JENO equals Jitter Elimination and Noise-shaping Optimisation; LAPC equals Load Adaptive Phase Calibration).

(Jitter is a minor annoyance, a timing problem that sometimes appears in poorly designed equipment, and can lead to some distortion during digital to analogue conversion. In competently-designed equipment it is well below the level of audibility.)

The OTTAVA SC-C50 ($1,429) and the OTTAVA SC-C30 ($1,149) drop the CD spinner and have fewer drivers and JENOs and LAPCs, but have the same broad network support. Said support includes Chromecast, DLNA, AirPlay 2, Spotify, TIDAL, Internet Radio and so on. Each also has an analogue auxiliary input. The SC-C50 and SC-C30 can be paired in stereo mode. Feed a signal into one of them and it’ll come out as stereo from both of them.

A brief demo was given, and these OTTAVA speakers sounded very impressive and looked great. We’ll be looking to review some of them in the near future.

Technics is also launching with two headphone models. The EAH-DJ1200 headphones ($299.95) are, as the name suggests, wired models intended for DJ use. They run 40mm drivers and support inputs up to a massive 2.5 watts. They have the swivelling bits needed by DJs so that they can listen with one ear only, and the cable can be detached, but locks in place during use.

The EAH-F70N wireless headphones are consumer models. Quite high-end consumer models, since they’re priced at $599.95, significantly above the price of some of their natural competitors. But they have all the good stuff: LDAC and aptX HD codec support and Technic’s wide-band dual microphone (one in, one out) active noise cancellation, with three levels of cancellation. They have an ambient sound mode so you can hear what’s going on outside your headphones. This model is available in three colours: black, silver and copper.

The turntables were demonstrated using some rather attractive looking Technics stereo amplifiers and loudspeakers. Naturally I wondered: are they coming too? Probably, it seems. But Technics has been absent from the retail channels that handle this kind of stuff – specialist hifi stores – for many years. It’ll take time to build that back up. The SL-1200 series turntables and OTTAVA streamers look like the kinds of products that will open up those retail channels to Technics. If that happens, we can expect to see the other products follow.

And that’s something I will be looking forward to.

The new Technics website is live here. In recent years, Panasonic has also been using Technics-tuned to mark out premium audio in some of its other products.