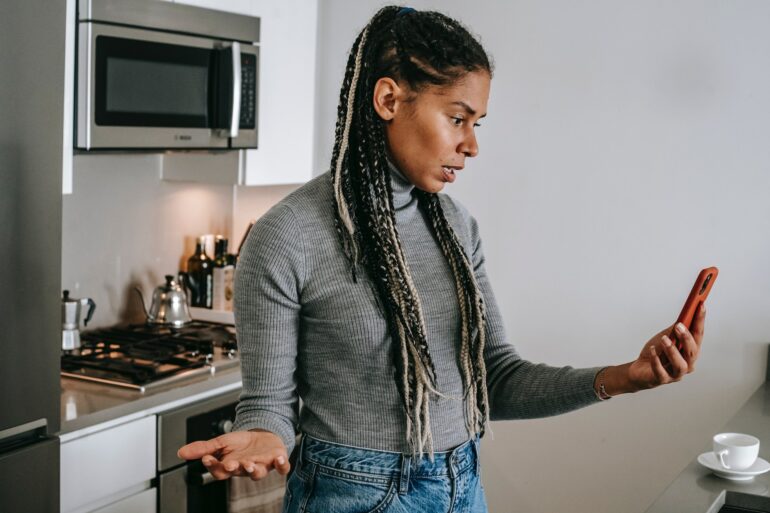 Telstra CEO Andy Penn has announced the company is now running new SMS scam filters at the network level to enhance its ability to remove malicious messages before they reach your phone. After internal testing over the past three months the feature is now running by default across the Telstra mobile network.

Most of us by now have seen messages pretending to be package delivery updates or other strange notifications with links attached, but a click could see your phone hit with malware and used to send yet more of these messages to other unsuspecting users. Australians lost $323 million through scams in 2021, a jump of 32% on the year before. In a Telstra Exchange blog post, Penn acknowledges just how bad the problem has become in recent times. In 2020, there were 50 reports of malicious texts. In 2021, there were 11,000.

2,500 Telstra staff have taken part in the trial of new filtering technology over the past three months to fine tune the system. Now the filters are running by default for all users of the Telstra mobile network, whether they are consumer or business plan users. The filters are also operating for those on the Belong network, which is also owned and operated by Telstra.

Most mobile networks already had some blocking processes in place, but with an open access system like SMS it is difficult to stop every problem message. As the problem grew worse last year, the federal government gave telcos more power to analyse and filter messages on their networks late last year. Now armed with new algorithms and a focus on certain message characteristics, Telstra feels this new filter will dramatically improve the effectiveness of its scam message removal.

The new filters scan for malicious links included in messages, but also monitor for suspicious sender activity. How many messages they’re sending, who they’re sending to, what time of day they’re being sent, these can all build a picture to help remove a wave of messages before they spread too quickly.

Penn is careful to point out that no filter will be perfect, so users are encouraged to stay vigilant when it comes to links in messages you’re not 100% sure about. If you want to learn more about the latest insights into staying safe, visit the government’s Scamwatch website for help.

For those concerned about messages being monitored in this way, Penn says Telstra has taken its privacy obligations seriously when designing the new filters.

“We know there’s a fine balance between protecting our customers and ensuring their privacy,” says Penn in the blog post. “While the technology is learning, it might flag a potential suspicious message asking if it is a scam. To avoid blocking something legitimate, the new message format may be reviewed by our specialists to identify if the message is a scam, but the details of the recipients will remain masked.”

For those who do not want to participate in the automatic network filtering, you can send an SMS to 0438 214 682 with the message FILTER OFF to opt out. Sending FILTER ON to the same number will put you back into the program if you find it’s all too much.

For most of us, if all goes well, the best reward will be to simply do nothing and slowly forget the era of SMS scam messages ever existed. Fingers crossed.