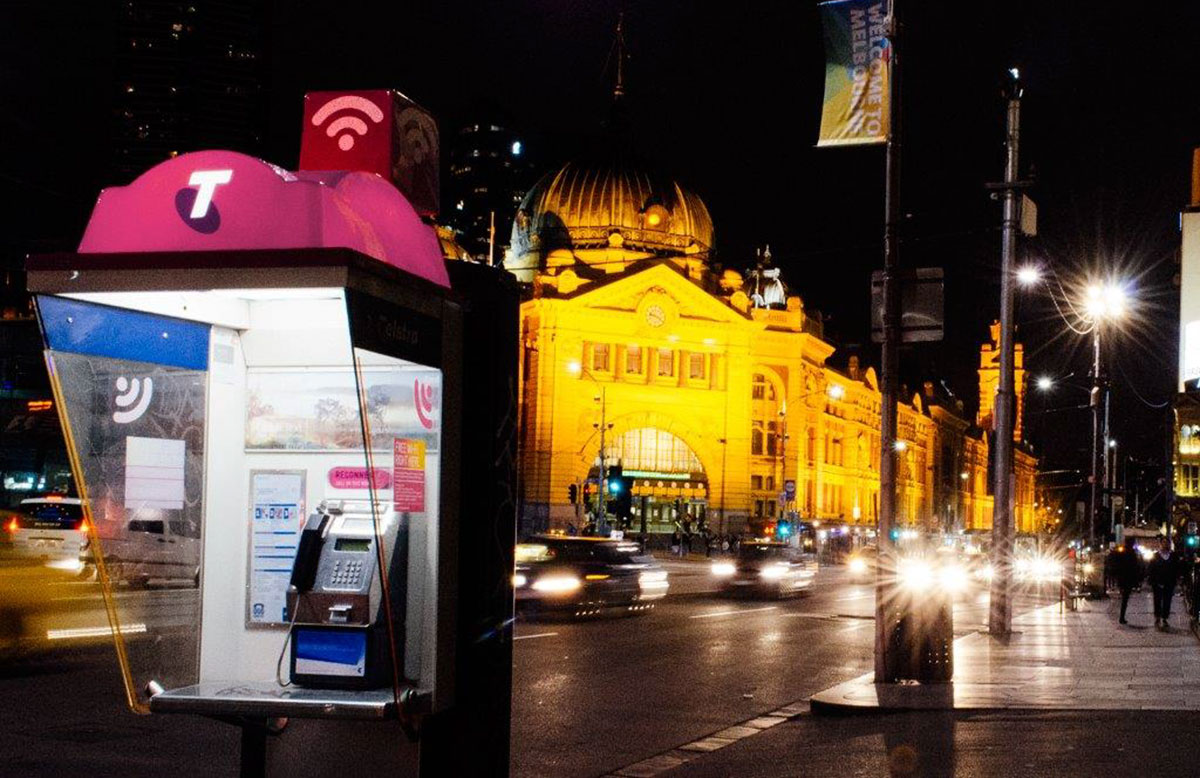 Ever wonder why that sign was on Telstra payphones? They're part of the hotspot system for Telstra Air.
Home
Mobile

Telstra’s Air goes free for all Telstra customers (for now)

Telstra’s nationwide “Air” WiFi network is about to get very busy, as Telstra decides to push capacity and show what the service can do, opening it beyond that of BigPond subscribers giving back and providing some of that access for other people.

In fact, from this week, both prepaid and post-paid Telstra mobile customers will be able to log on to the Telstra Air WiFi network across the country for unlimited free wireless access where ever they are, joining existing Telstra Air subscribers and home broadband customers taking part in the Telstra Air system.

“As Australians hit the beach, head to the coast and relax in our parks we’re giving eligible customers free Wi-Fi at thousands of Telstra Air hotspots across the nation,” said Neil Louis, Head of WiFi at Telstra.

“That means they’ll be able to kick back and relax with their favourite content at selected beaches, parks and many of the nation’s top holiday destinations like Byron Bay, Rosebud, Surfers Paradise, Noosa and Margaret River.”

So what does this mean?

If you’re a current Telstra mobile subscriber, you merely need to visit the Telstra Free WiFi website with WiFi off (because it needs to check your mobile status) and find out whether you’re supported, signing up to Telstra Air if you are.

We’re told that current Telstra Air subscribers don’t need to do anything, however, and their data will just stop being counted from this week on until June 30 next year.

In fact, June 30, 2016 is the time frame you have for the unlimited free WiFi, because while Telstra hasn’t said it will go back to charged WiFi after this point, it’s pretty much a solid assumption that at the beginning of the 2016 to 2017 tax year, Telstra Air will no longer be free.

For now, though, just enjoy the free WiFi if you can, though don’t expect it to be as fast as your 4G access can manage, as previous tests have shown.

At least Telstra subscribers won’t have to pay for extreme amounts of excess data costs. For now, anyway.