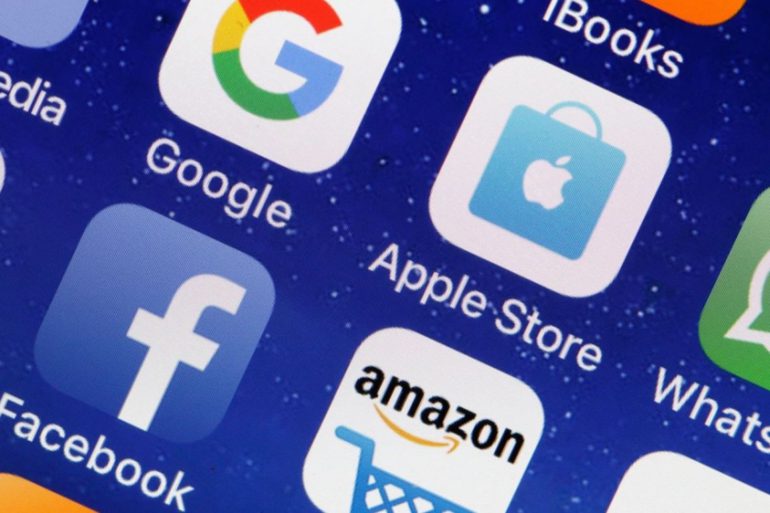 The US House of Representatives Judiciary Committee voted on Thursday (Friday 25 June here) to require Big Tech platforms to choose between running a sales platform and competing on it. In other words, Apple, Amazon and Google should hive off their third-party sales platform from their activities.

Tethering Big Tech Part 2 is by no means a done deed yet as we reported on 22 June  – The bi-partisan US Judiciary Committee paves the way to present the five bills to pull FAANG’s teeth to the US Senate and House of Representatives. Here is where the actual lobbying and covert palm greasing takes place.

The action prompted Apple CEO to ‘warn’ House Speaker Nancy Pelosi that legislation allowing iPhone users to download apps directly to their devices would harm consumers and stifle innovation. Cook released a 16-page tome (PDF) but still does not get it – it is the fact that Apple’s monopoly completes with app developers on its platform. Apple’s App store could be floated off as a separate business the way frequent flyer programs have been.

According to the New York Times, “Executives, lobbyists, and more than a dozen think tanks and advocacy groups paid by tech companies have swarmed Capitol offices, called and emailed lawmakers and their staff members, and written letters arguing there will be dire consequences for the industry and the country if the ideas become law”.

Does the US have the will to tether big tech Part 2?

President Biden is no fan of Big Tech power and chose prominent antitrust scholar and Amazon critic Lina Khan to lead the Federal Trade Commission. The Senate confirmed the vote 69-28, showing extensive bi-partisan support. Biden also supports Sen. Elizabeth Warren (D-MA), who championed breaking up Big Tech in her 2020 presidential campaign. She said, “Lina brings deep knowledge and expertise to this role and will be a fearless champion for consumers.”

Khan is well known as the author of a 2017 paper Amazon’s Antitrust Paradox. She has been a key adviser on the House Antitrust report on competition in digital markets. Let’s hope one of Lina’s first calls is to ACCC Chair Rod Simms – Australia’s fearless consumer rights champion.

Windows Store announced it has reduced its ‘commission to 15% for apps and 12% for games. In July, it will enable app (not game) developers to use their e-commerce platform – Microsoft will receive no sales commission. Microsoft says an open app store is the key to a healthy ecosystem – choice, fairness and innovation for billions of Windows users. By comparison, Apple’s App store charges around 30% of sales.

It also brings Amazon’s Android catalogue apps to the Store that will run under the newly announced Windows 11. That is on top of opening the Store to various programming platforms – not just Win32/64. Its Windows on ARM ecosystem will benefit enormously.

It will remain the gatekeeper to test for security, family safety and device compatibility.

This has stopped being a battle about antitrust and breaking up monopolies. It is now a battle of who has the deepest pockets and can afford the best lobbyists because Big Tech cannot afford to lose.

While it focuses on the biggest targets, it will impact any tech company that uses first, second and third line forcing (to use or service a product, you must use our approved platform/companies). Microsoft welcomes the bills and is already most of the way to compliance without affecting its trillion-dollar company status.

It means that the artificial marketplace big tech has created becomes an open marketplace, which is good for consumers. We were gobsmacked to read that Amazon was fighting its merchants over allowing them to set lower prices on non-Amazon online and bricks and mortar stores.