The Apple iPhone 7 is (almost) here! 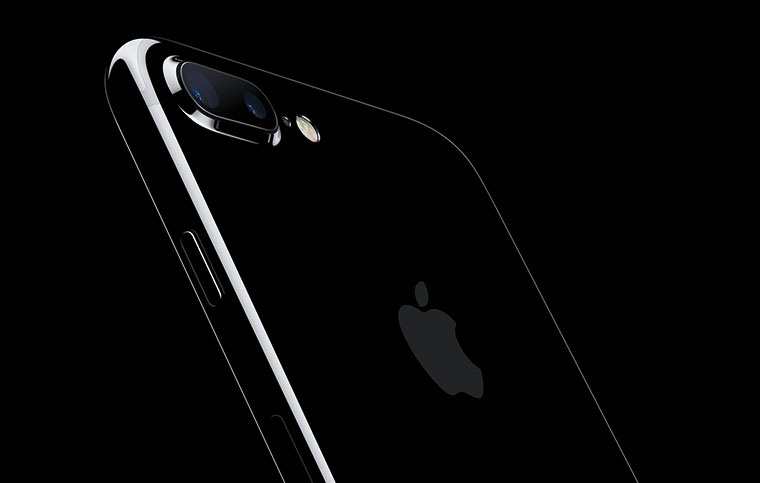 Apple’s latest, the iPhone 7 and the iPhone 7 Plus, are about to arrive, and now we have all the official details. If you like what you read, you can pre-order starting tomorrow (9 September) and buy from Friday next week (16 September).

So what does this buy you?

Now for some details.

The most speculated-upon thing before the release of the iPhone 7 (which I will use as an inclusive term, except when I need to separate out the iPhone 7 Plus) was the removal of the headphone socket. Don’t worry, you still get earbuds and they still plug in. Indeed, you still get a 3.5mm analogue headphone socket! It’s just that the supplied earphones now plug into the Lightning port, and a Lightning to 3.5mm analogue adaptor is provided with the phone so you can use third party analogue headphones.

That adaptor is a DAC – a digital to analogue converter. Likewise, a DAC must be built into the new earbuds. It’s not clear at this point whether an ADC – analogue to digital converter – is also built in for an inline microphone on the earbuds cable, allowing hands free operation.

The ability to use a DAC is itself actually nothing new. If you plug an Apple Lightning to USB Camera Adapter into an iPhone 6/6s, you can use an external hifi DAC.

One particular advantage of this being the main (only!) connection scheme is that earphones and headphones can offer extra features – such as noise reduction – without needing battery power, since they can be powered from the Lightning port.

The phone has also gone stereo, now featuring separate left and right speakers, one each at each end of the phone. Apple says that it’s now twice as loud as the iPhone 6s.

The iPhone 7 comes with several performance enhancements. They run from improved 4G/LTE handling, allowing up to 450Mbps downloads, and a longer battery life. And, of course, an upgraded processor.

This is the A10 Fusion processor. It has four cores and runs (of course) in the 64 bit realm. Two of the cores are high speed, up 40% on last year’s models, while the other two are high efficiency, using only twenty per cent of the power to extend battery life. A performance controller decides which cores should be used for which tasks.

Much of the iPhone’s effectiveness over the years has not been so much brute force processing power but the efficiency of the iOS operating system. That also is upgraded with this phone to iOS 10 (it will be available also for recent iPhones from 14 September). Most of the enhancements range from modestly helpful to goofy (you can have it replace words with emoji in your messages, which I reckon will just make them harder to read). However, use of 3D touch seems to have been expanded in a number of apps, with different actions taking place in response to different levels of pressure.

For the most part, the change to the iPhone 7 isn’t obvious from the looks. The 7 and 7 Plus are identical in size to their predecessors, and both are five grams lighter. The Rose Gold, Gold and Silver aluminium cases have remained, but Space Grey has gone, to be replaced by Black and Jet Black. Black is anodised while Jet Black has a shiny finish. Jet Black is not available in 32GB.

And, new, the iPhone 7 is IP67 splash, water and dust resistant. No swimming or underwater photography, but the phone should survive being dropped briefly into water, or a good rain storm while you’re out.

The screen sizes and resolution remains the same, with full HD on the 7 Plus and 1334 by 750 pixels on the 7. Both have a wider colour gamut than usual, going to the DCI P3 standard, which ought to at least make for even more impressive display of photos.

Speaking of which, the camera

As before, the iPhone 7 packs a twelve megapixel camera, but with a bunch of improvements. There’s now a six element lens (up from five), f/1.8 maximum aperture (down from f/2.2), a new Quad-LED True Tone flash, and optical image stabilisation on both models, not just on the Plus.

There’s more: you can now take photos in “RAW” format. That gobbles memory, but some users prefer to manually process the photo rather than let the phone’s algorithms do it.

The iPhone 7 Plus doubles up on the camera, with a second 12 megapixel camera. This one is double the focal length, giving effectively a 2x optical zoom. Both phones have a digital zoom as well, improved from the previous models, says Apple.
With two cameras, various interesting things can be done. One promised for a free update later this year is the creation of photos with a shallow depth of field, something the short focal length of cameras don’t lend themselves to.

The front camera offers seven megapixels and full HD video along with an f/2.2 aperture.

Everything is this list seems to be an improvement, except possibly the dropping of the headphone socket. But Apple has cleverly largely negated the complaints by packing in the box the Lightning to Headphone adaptor (you can buy these from the Apple store for $12). And if you want to get the jump on Lightning earphones, the Lightning Earpods are also available separately for $45. Expect to see some interesting innovations in this space.

Now it’s time for the rumour mill to start afresh, imagining what might happen in the iPhone 7s.